The month of May was, and I'm guessing always will be, a busy one!  Our school district now goes to school before Labor Day which means school is over for the year by the end of May or very beginning of June.  I'm liking the change, but it makes for an incredibly busy May, what with both our kids' birthdays being in May, spring concerts, graduations, recitals and ceremonies.

This meme says it all... 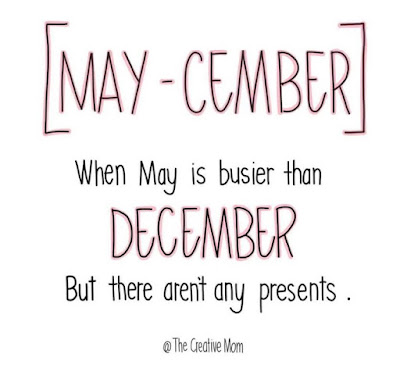 As a result for all the busyness, I'm playing catch up here on the blog and plan to post as much as I can for the remainder of the weekend so that I can be all caught up come Monday.

Just in case you missed it, my last "Life Lately" post can be found here and it included Henry's birthday party.  But what that post didn't include were pictures and memories from May 7th, Henry's birthday day. :)

You guys, this particular birthday had me crying the entire night before and all day on his actual birthday.  I'm not sure why I was so emotional this time around, but I was definitely having a rough time.  Perhaps it's because he's my first baby and every moment since his birth has also been a "first?"    I don't know - but whatever it was, Mama couldn't get a grip.

Henry, however, was thrilled to be turning another year older especially since most of the kids in his class were already seven and a few were soon to turn eight! 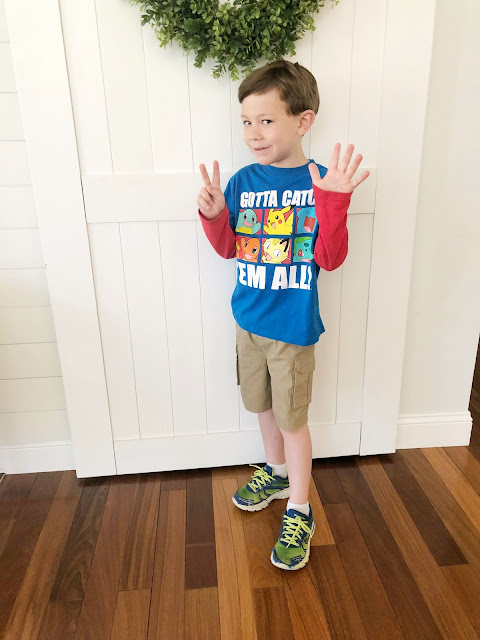 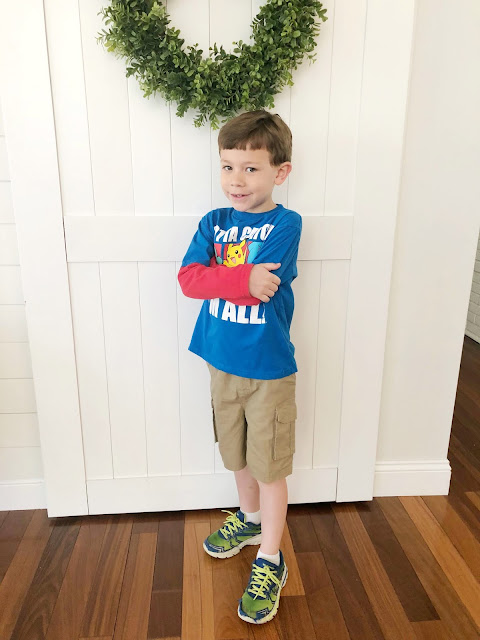 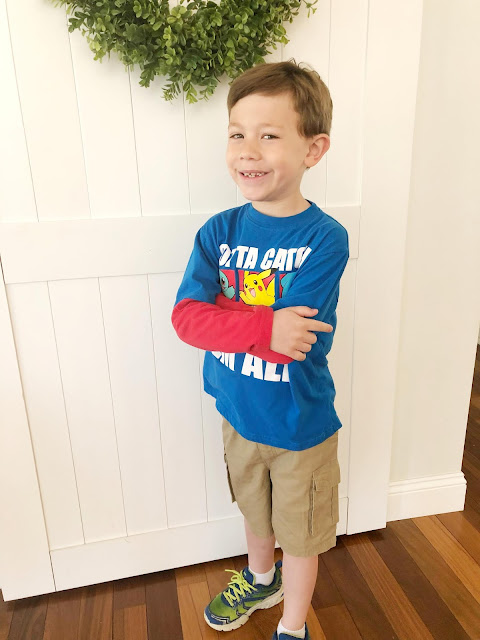 This particular birthday also happened to be my first time away from Henry on his birthday...this also brought me to tears!  You guys, I was a wreck!

I dropped both kids off at school and decided to go for a run in the park.  Upon ending my run, I ended up in this spot in the park and I just lost it...and I mean I lost all composure...that is, if I had any left.  Tears were flowing and they were flowing like waterfalls.

You see, when Henry was a baby (and I mean newborn to two years old...heck, three years old) we'd always take walks in the park together.  I'd tell him about my day, tell him about my concerns, my plans, my goals; and being the newborn he was, he was a very good listener. ;)

I have several pictures of us in this park and it's one of my most favorite spots ever...EVER!

Tears, people, tears...lots and LOTS of them... 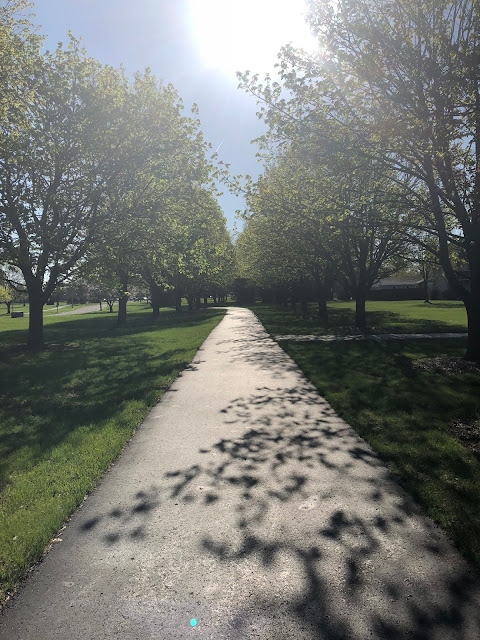 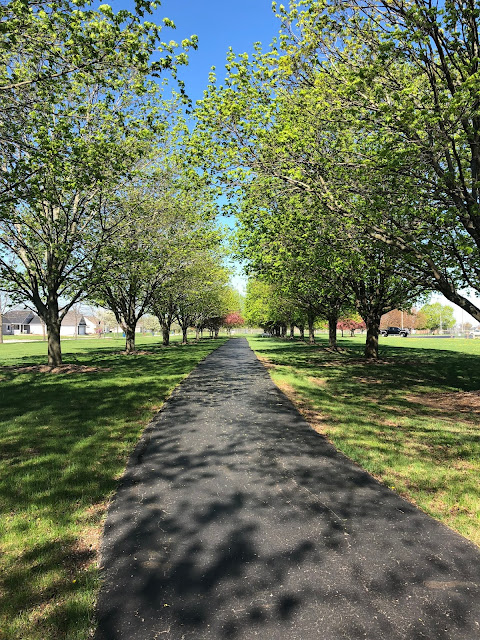 After my sobbing subdued, I drove over to the store to pick up some Pokemon cupcakes for Henry's class.  I was thrilled that I used cupcakes as a ploy to be able to see my little boy in the middle of the day!!! 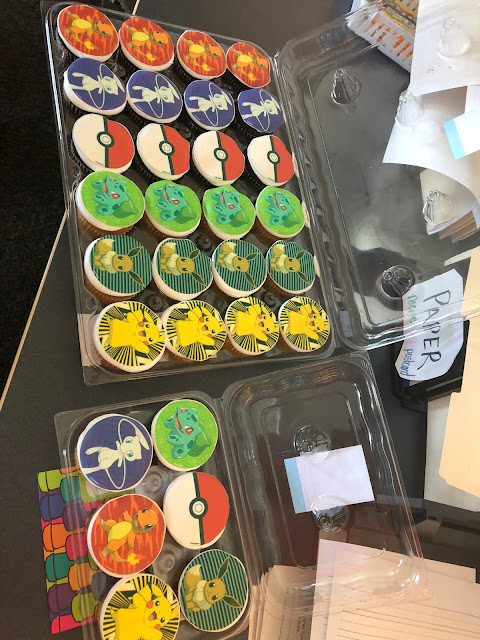 Henry had THE best teacher this year and I just loved how she and the entire class celebrated him! 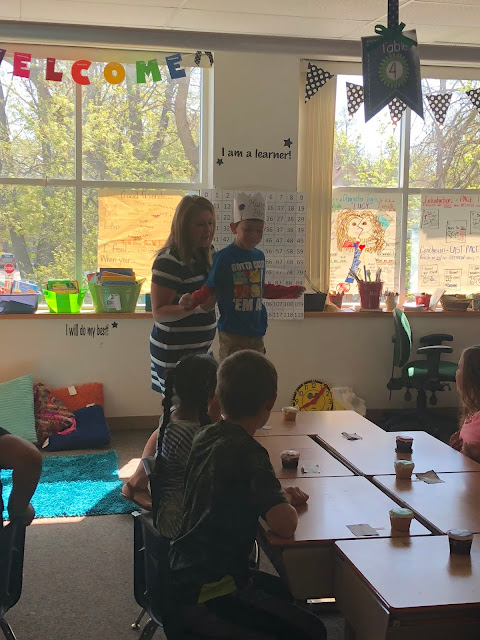 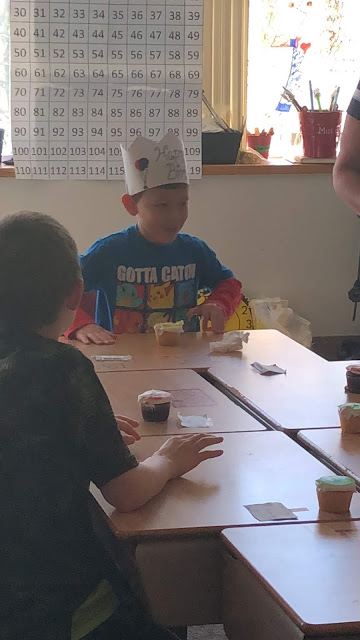 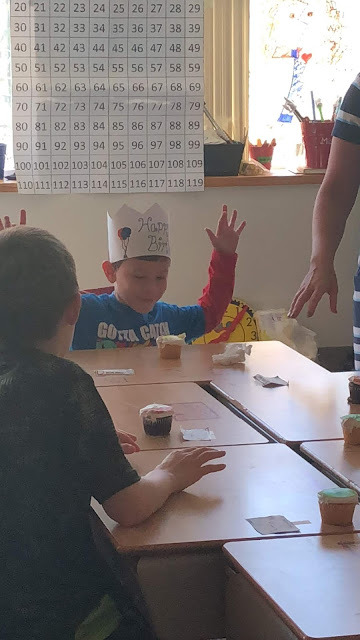 ...and wouldn't you know it, I started to cry right in front of his teacher!  Please tell me I'm not alone with the abundance of emotions!!! 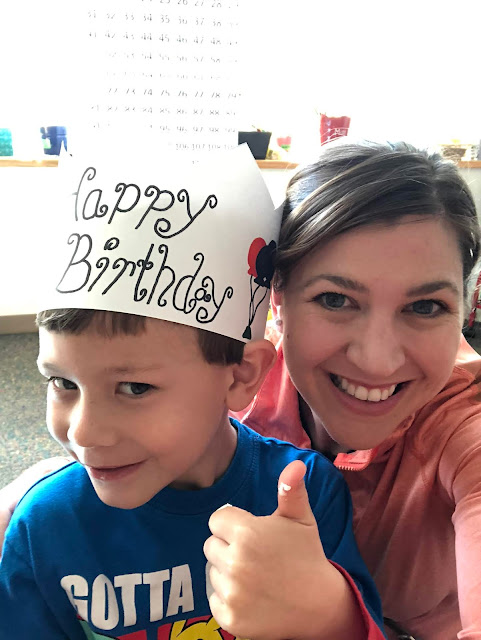 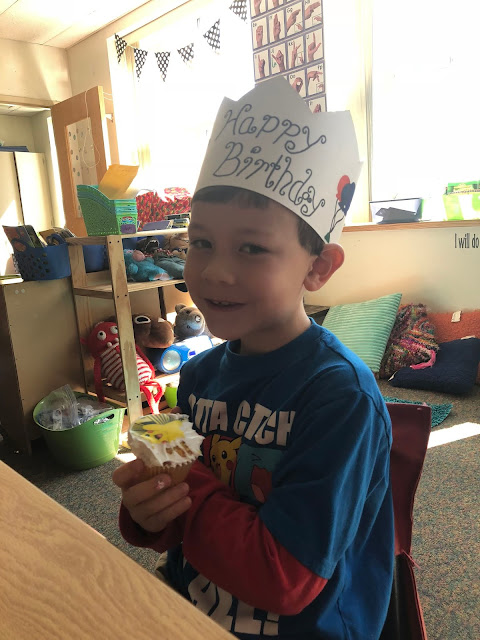 Henry and his buddy, Redmond, helped pass out cupcakes to some of their favorite teachers... 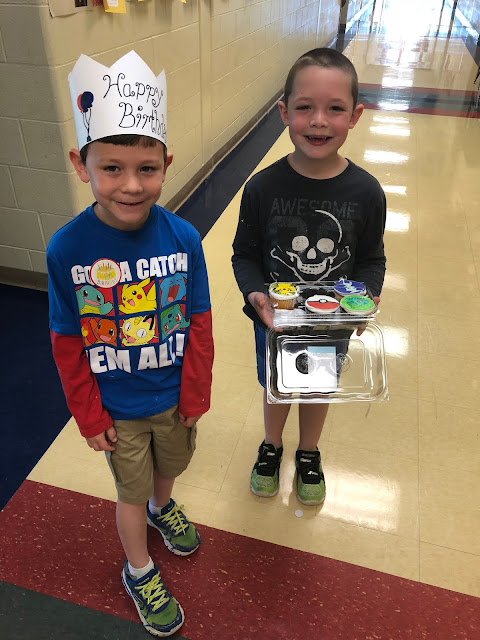 ...and Mama had a reeeaaaaaaally hard time leaving the building...  Gah! 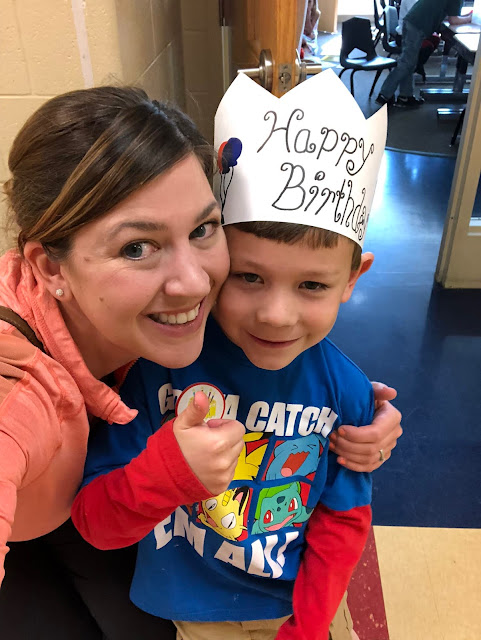 Kiss kiss and a smoothed face!!! 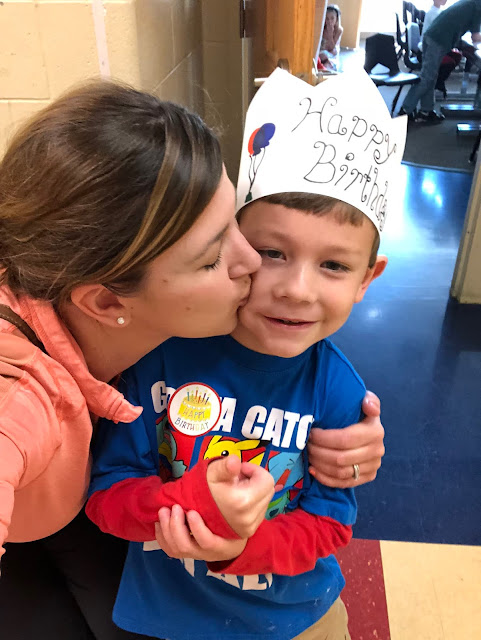 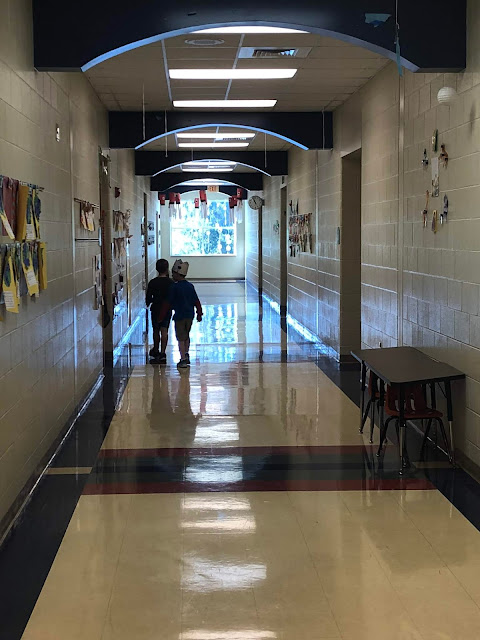 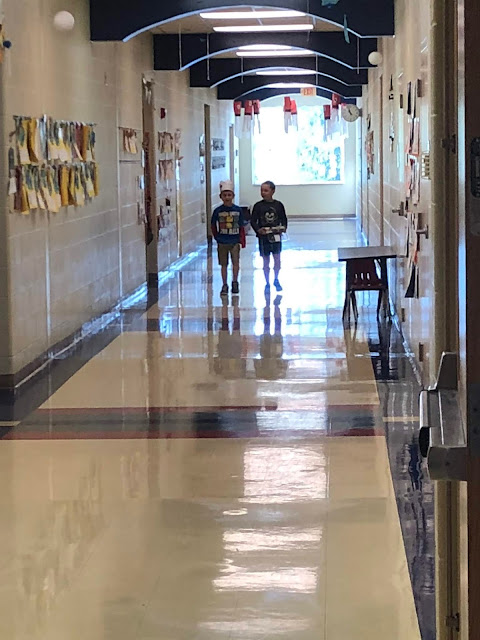 Later that afternoon I picked Henry up from school (not sure what's going on with that chipmunk smile - LOL) and we waited for Jon to get home so we could head out to dinner... 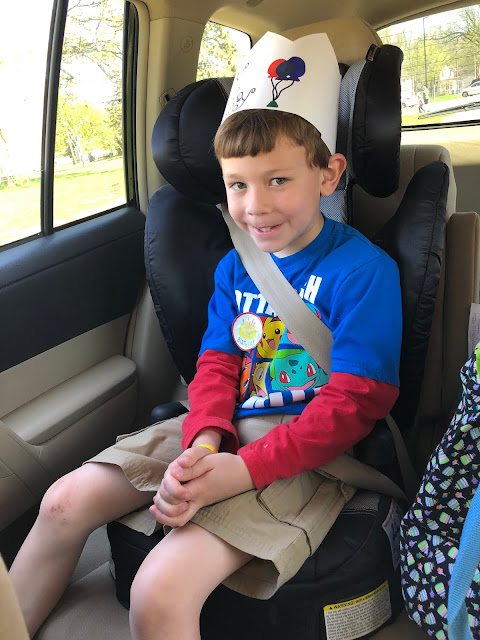 Brother picked McDonald's as his birthday dinner choice.  Jon and I weren't as pumped as the kids were, but it was Henry's big day so we rolled with it! 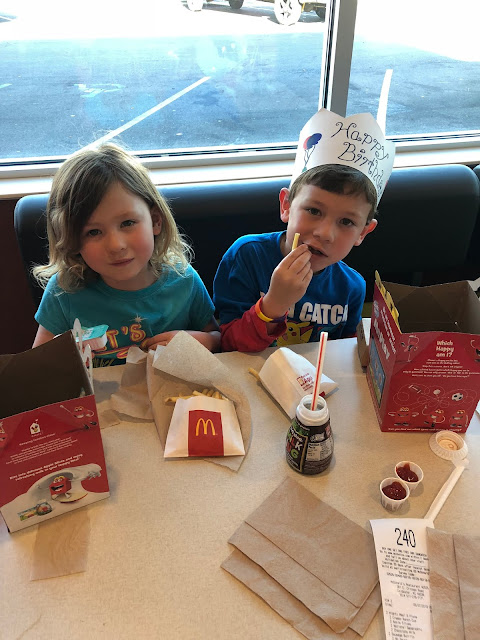 After dinner we headed over to get some FroYo!!!  Now we're talking! 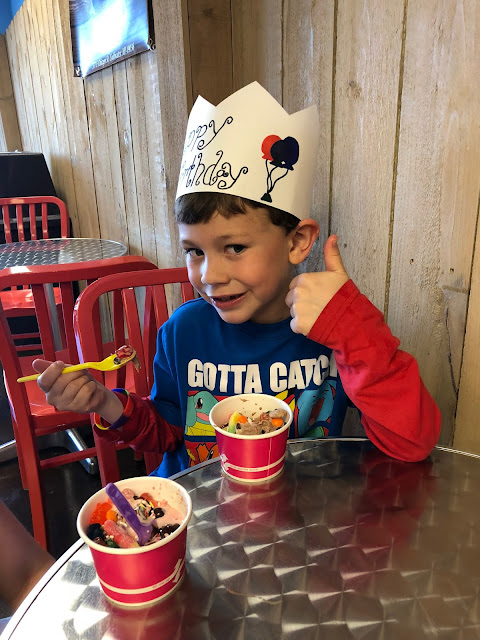 Once we arrived back at home I think Henry was overcome with exhaustion.  He still hadn't opened his presents and he was not a happy camper.  All I can think was that it was a super busy day at school and again busy at home later that afternoon.  So much so that Brother didn't even want to open his birthday presents! :(  A telltale sign of tiredness if you ask me.  He finally calmed down after having some one-on-one time with Mama he finally decided to open his gifts!

This little smile says it all... 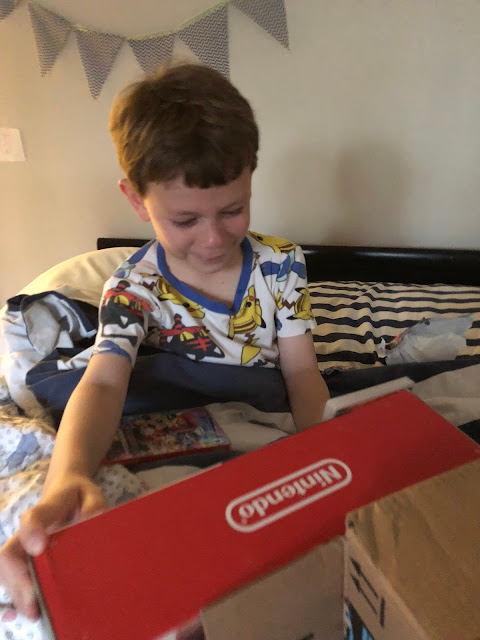 Right before bed I'd realized he hadn't blown out a candle and made a wish on his actual birthday, so I lit a candle (a scented lavender one - Ha!), quietly sang, Happy Birthday, he made a wish, blew out the candle, snuggled and then fell fast asleep.