Whew!  You guys, I feel like I've been going non-stop over here.  It's been crazy lately, but a good kind of crazy.  Oh my gosh and let's not forget that spring has officially arrived and that I also spotted a bunch of robins whooping it up out at the bird feeder today - so YAY for that!  Spring is by far my favorite season!  Ahhh!  I'm soooo ready for warmer temps...and leaves...and flowers...and green grass...and to actually go outside...  Bring it on, spring!

Last Monday started out with Henry having to dress up as a job he'd like to have someday for his school's March Reading Month.  He chose to dress as a teacher.  At one point he told me, "But Mama, I don't have any teacher clothes!"  Lol!  It was a real concern for him.  A sweater vest and a bow tie for the win!  Doesn't he look dapper as a teacher?  Hmm...although I'm not sure many teachers wear light up shoes...or maybe some do...I don't know.  *shrugs shoulder*  ;) 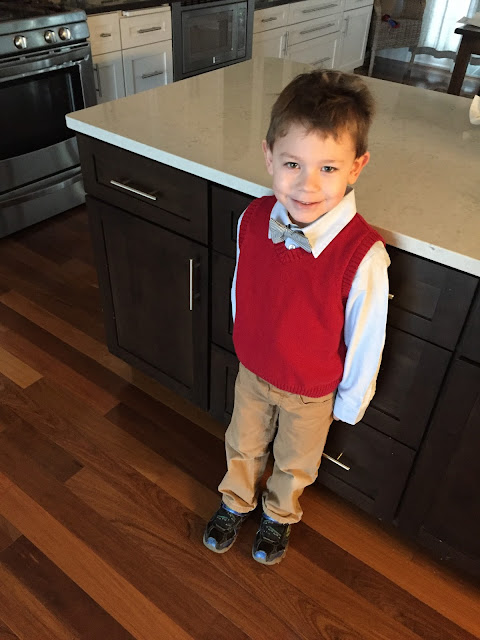 After school on Monday we came home and worked on a St. Patrick's Day craft since I've been majorly slacking in the craft department these last couple of months.  I'll go ahead and blame it on the weather. 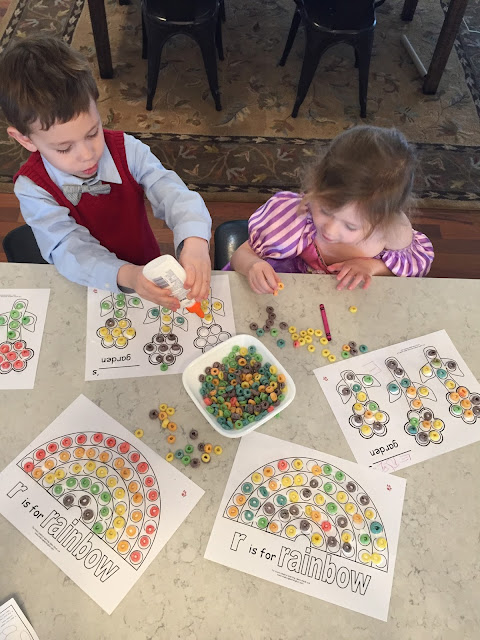 On Tuesday and Wednesday, I started painting a chair (this is just one coat) for the nursery makeover for my friend Ashley. 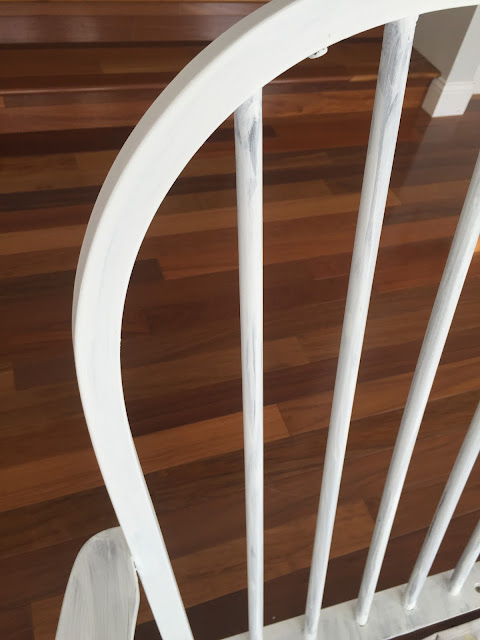 On Thursday Sara and I (and our little ladies) ventured out of town for a few hours while our boys were in school.  Oh man, it felt great to get out of the house and step into a Panera, Hobby Lobby and Target!  Oh my gosh, we had so much fun! 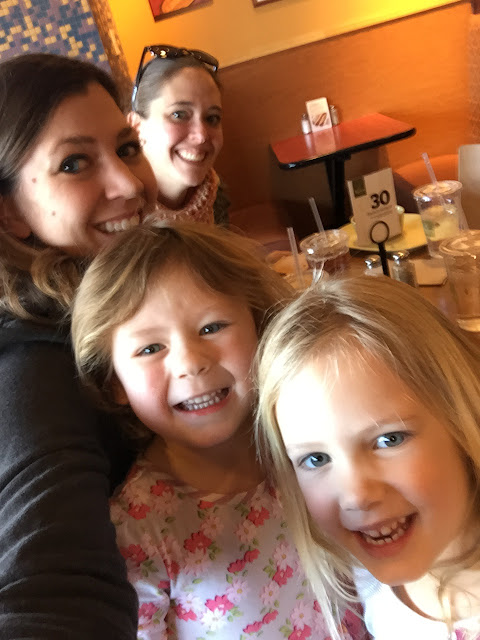 On Friday we sported our green and celebrated St. Patrick's Day!  My Great Grandmother's maiden name was Smiley...  It doesn't get more Irish than that! 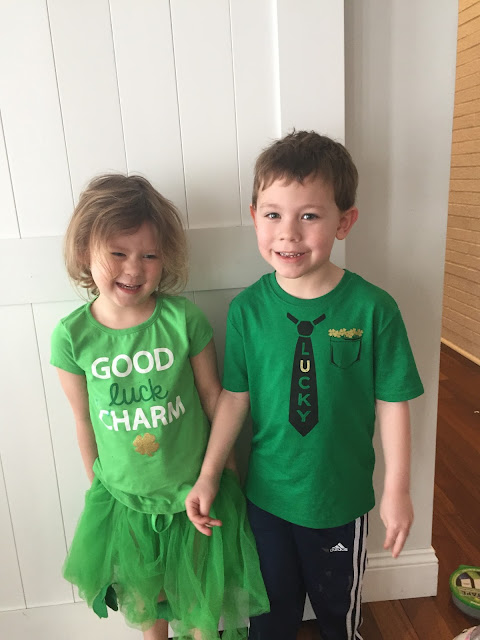 I didn't really have much planned for St. Patrick's Day so at the eleventh hour the kids and I whipped up this leprechaun trap!

As you can see, our leprechaun got away but he managed to leave a note for the kids along with a trail of Lucky Charms...that messy leprechaun forced me to sweep silly leprechaun! 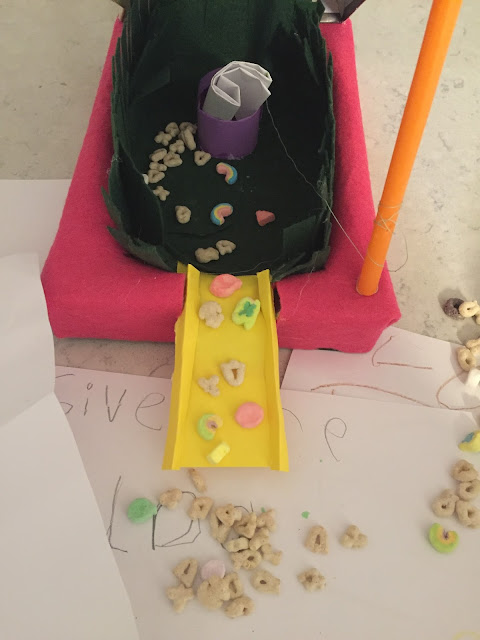 On Saturday we attended a birthday party at our local bowling alley for some twins from Eliza's preschool.  The kids looooved it.  Everyone was so nice and welcoming.  We had a fantastic time! 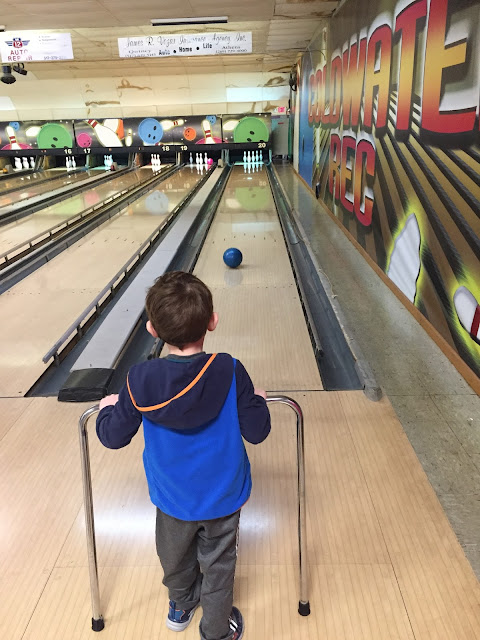 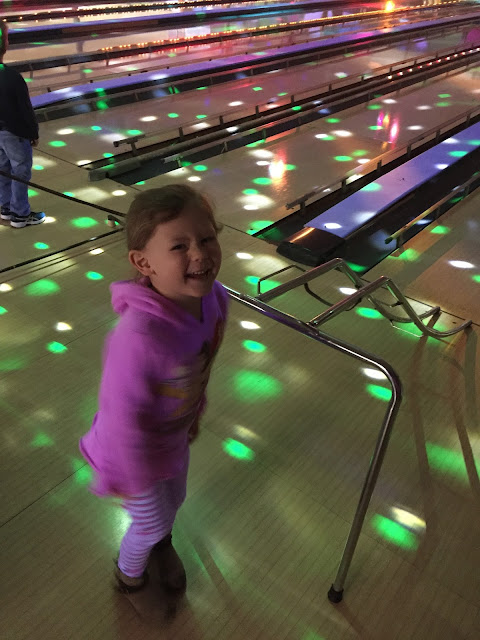 Later that evening, Henry and I got all dressed up to go to our first Mommy/Son Dance!!! 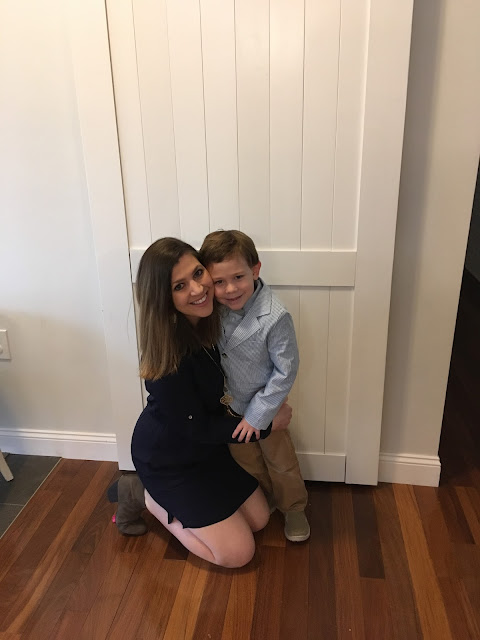 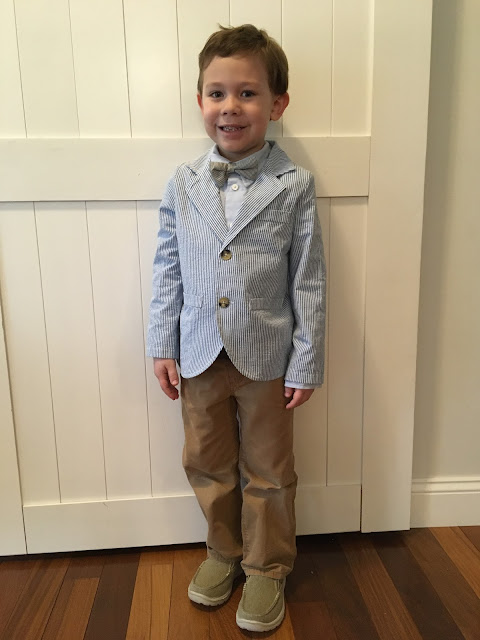 Henry danced all night...well...for an entire hour anyway.  LOL!  Let me tell you, boyfriend has got some moves!  Oh man, he was so excited to start dancing!  At one point he even proposed to me.  This boy, I tell ya'.  Love him.  I said, "yes," of course!

Here he is already dancing while we stood in line to have our picture taken... 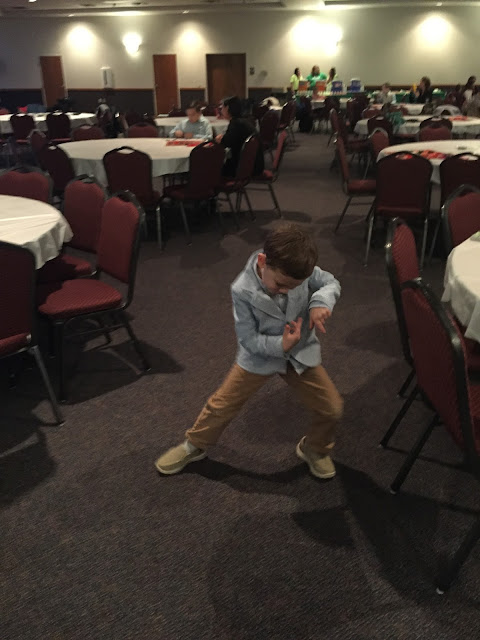 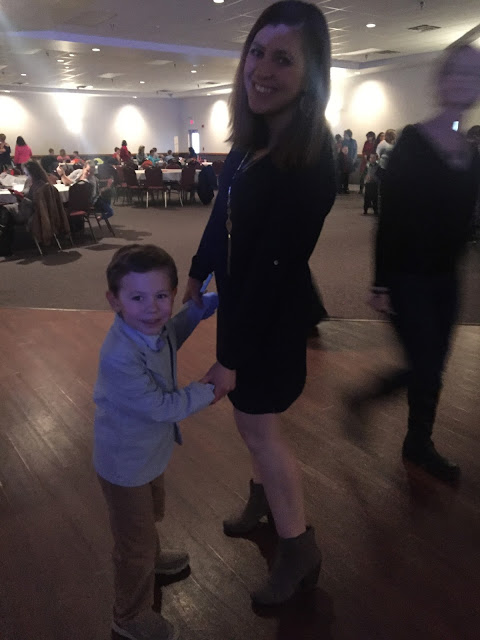 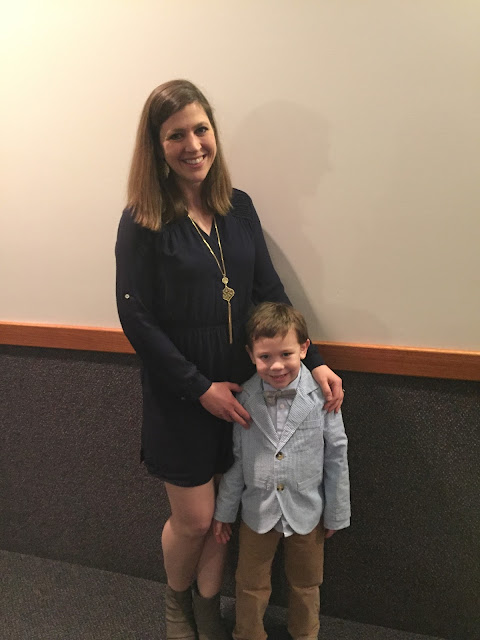 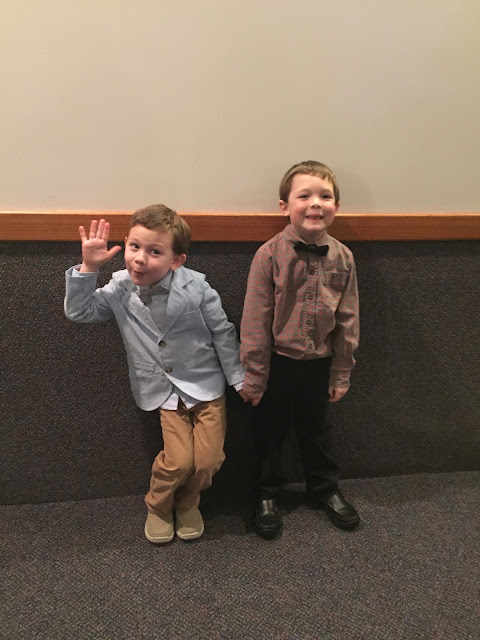 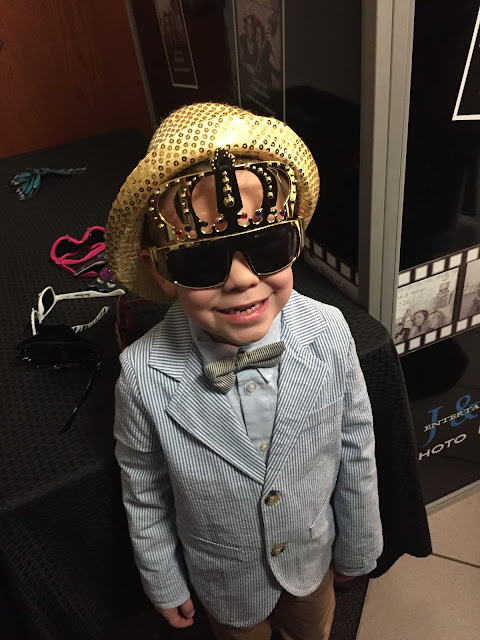 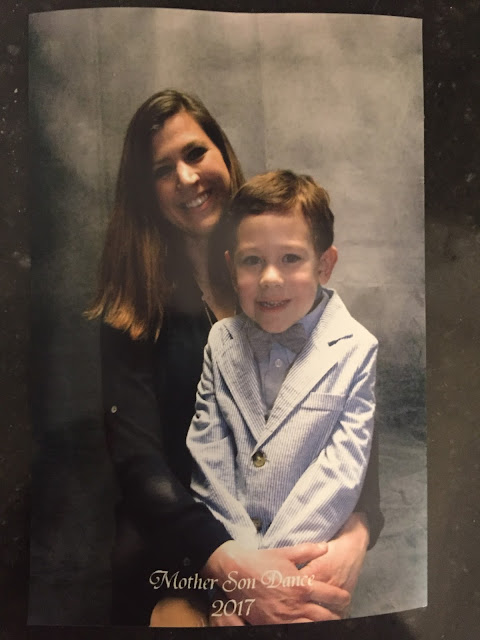 On Sunday I headed over to my friend Ashley's house and met up with my friend Katy and her husband, Jake to get started on the nursery makeover.  This is all I'll show for now, but I promise a full reveal sometime this week.  Also, I need to tell you that Katy and Jake did the majority of the work.  You guys, this couple is crazy talented and I learned sooooo much from the both of them!  They need their own tv show or something. 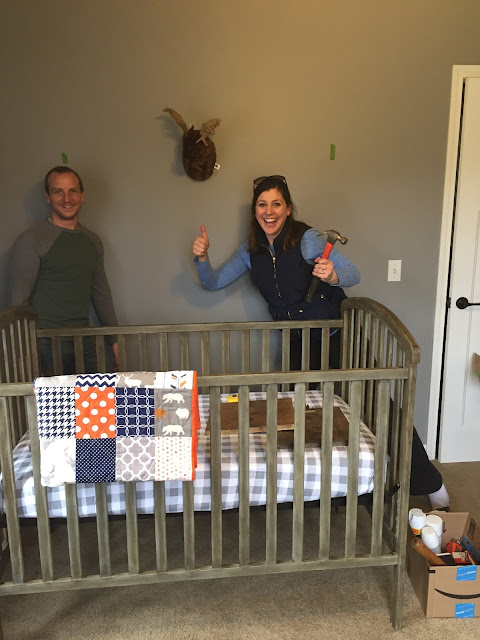 No, I wasn't really napping.  Or was I?  Stay tuned.  Dun Dun Duuuuun! 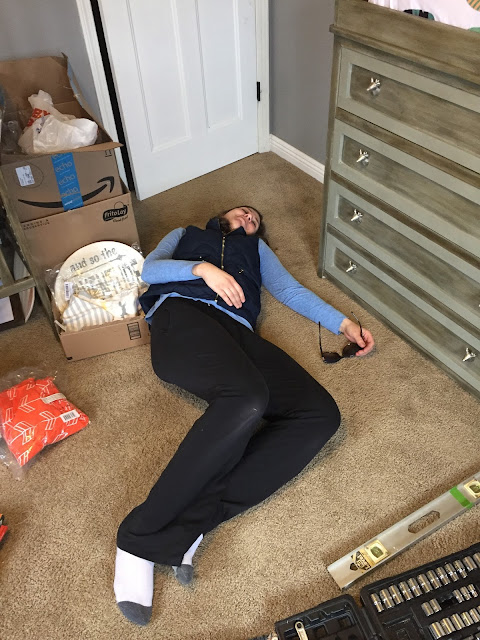 Meanwhile, this happened to my own house while I was away for six hours... 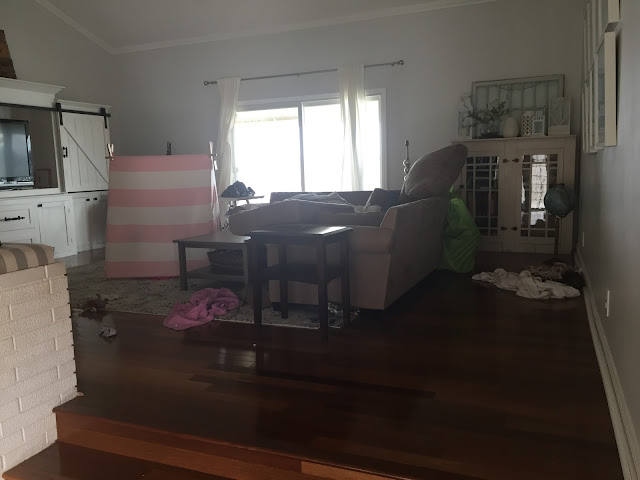 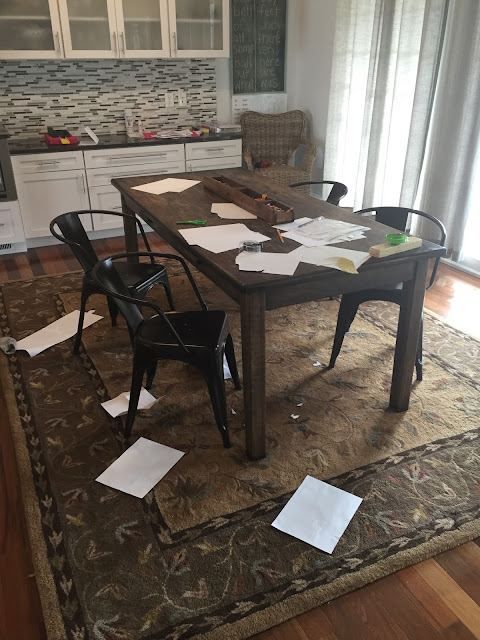 On Monday, this meme made me laugh... 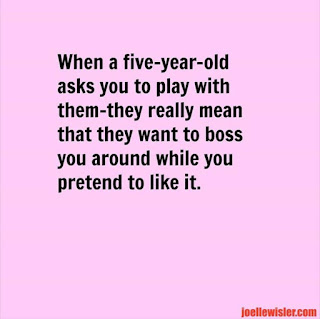 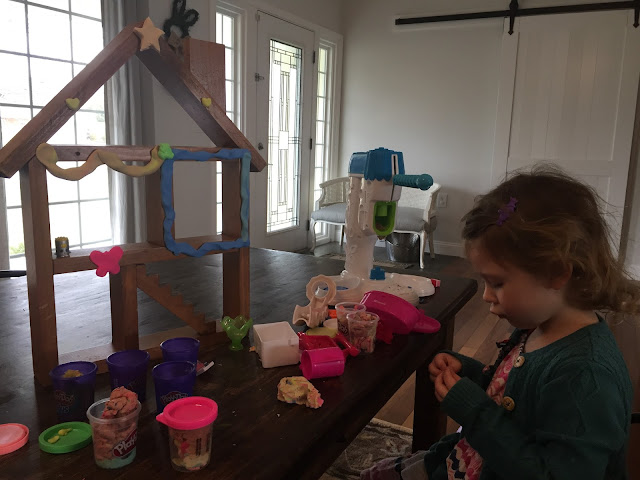 That's it for now, but, like I said up there ^^^, I'll be back sometime this week with that nursery reveal!  I promise.  It's too good not to share!  EEK!

Linking up over at the Tuesday Talk! 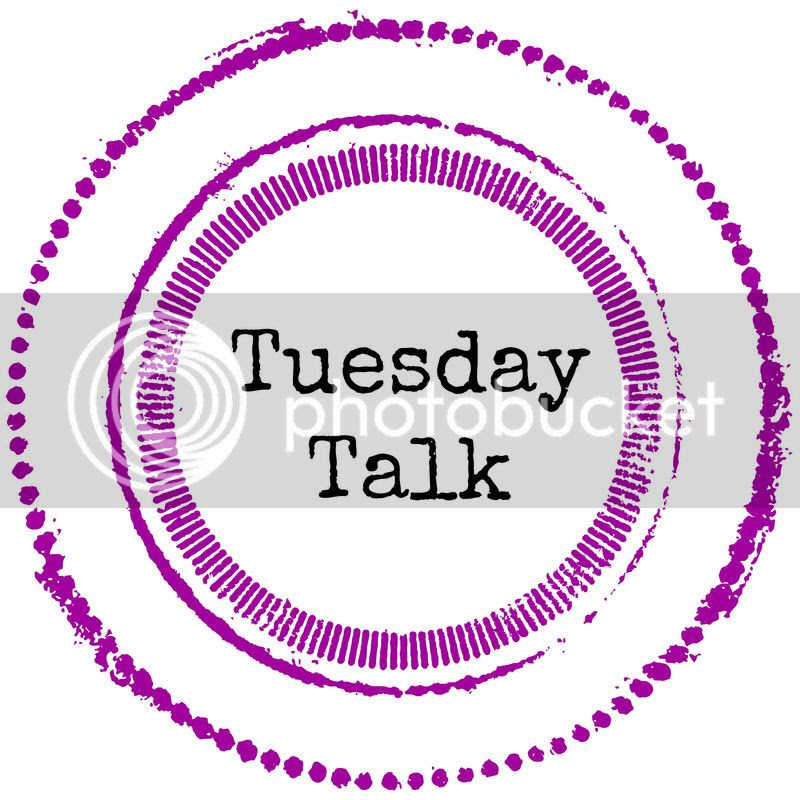