Hey guys!  How about a little Weekly Recap and Tuesday Talk today?

We had a busy week last week, as well as a busy weekend!  Jon and I woke up yesterday and both agreed that we already couldn't wait for the weekend to begin.  Is it bad that I countdown to when I can consume an adult beverage?  Ha!  Anywho, here's what we've been up to over here.

As some of you may have seen over on IG, I began the board and batten process in our Master Bedroom a little over a week ago.  I'm happy to say that it's approximately 99% finished.  I have a little touch-up work to do then it's done!  Woo-Hoo! 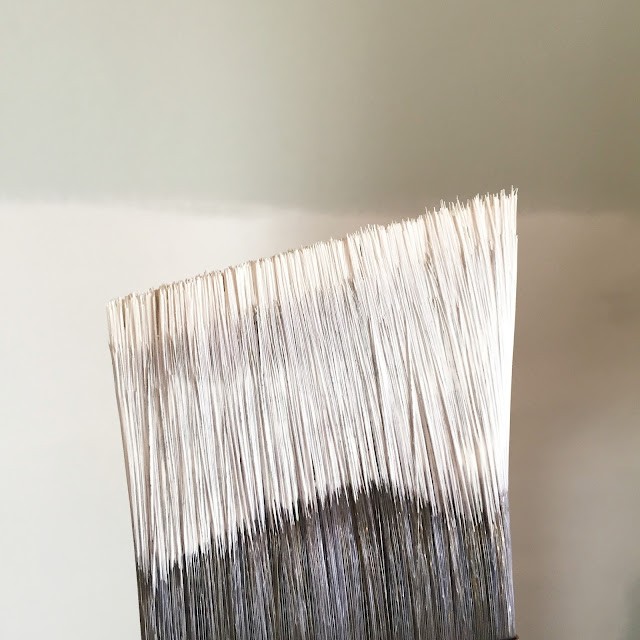 We've been having lots of Nerf wars!

Jon bought this for himself Henry and I must admit, it's been pretty darn fun! 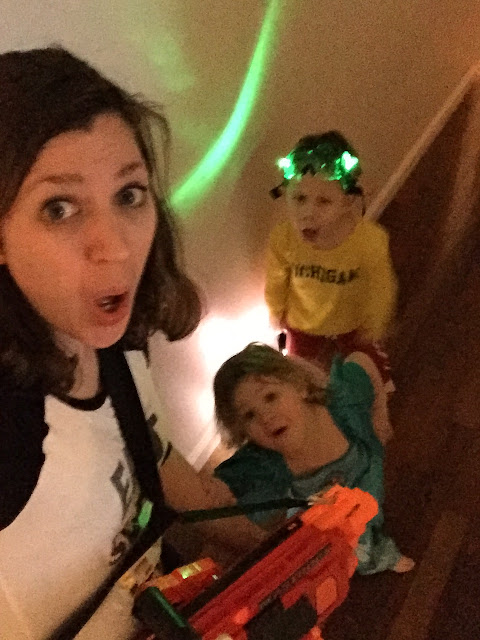 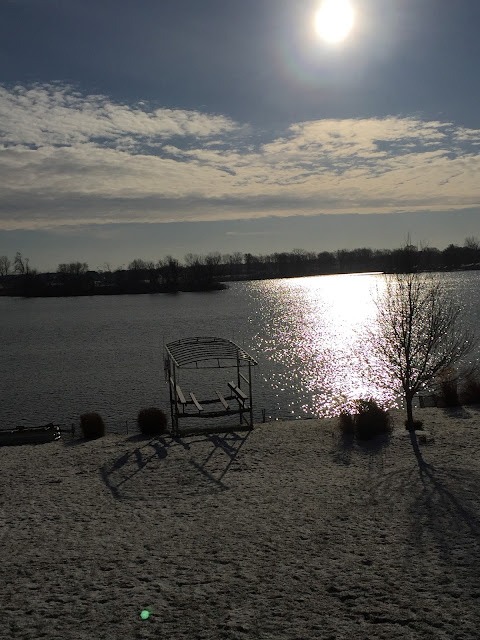 The cutest little design assistant helped me measure out the board and batten. 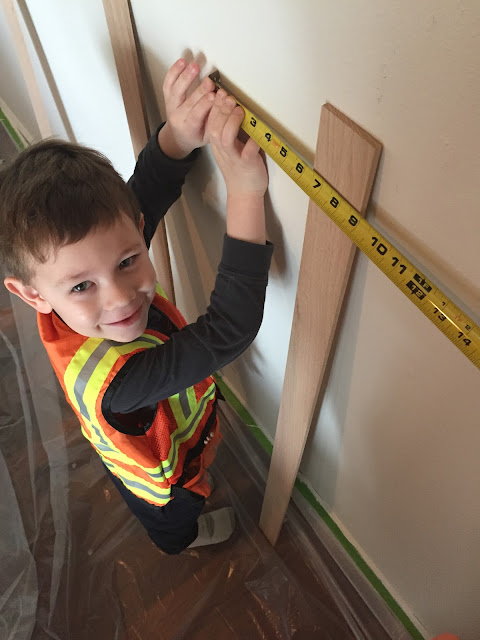 I joined the gym after a three month hiatus. 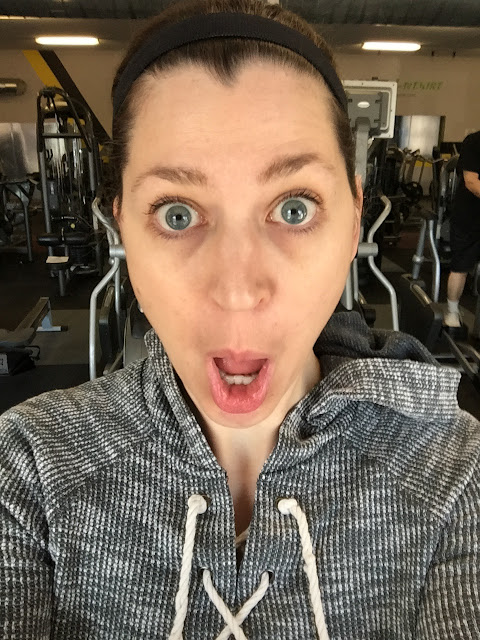 The kids had their second dental appointments. 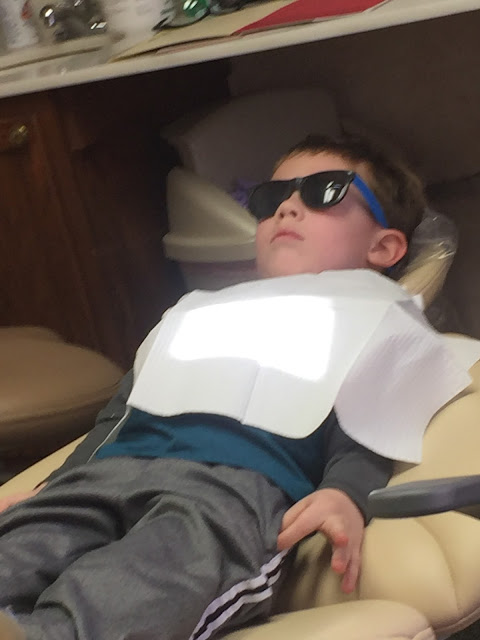 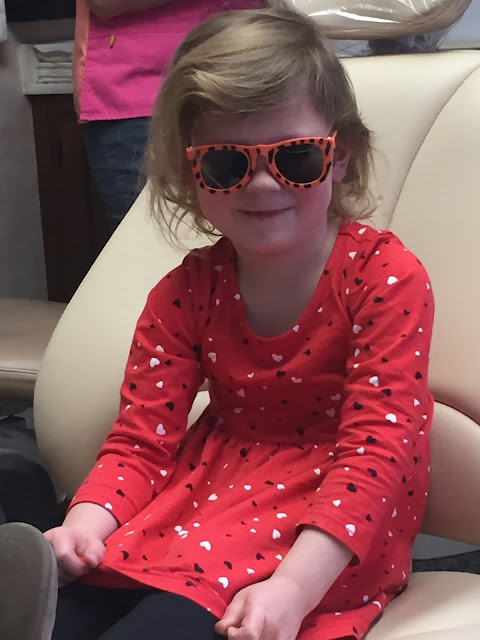 I enjoyed some early morning cuddles with my girl! 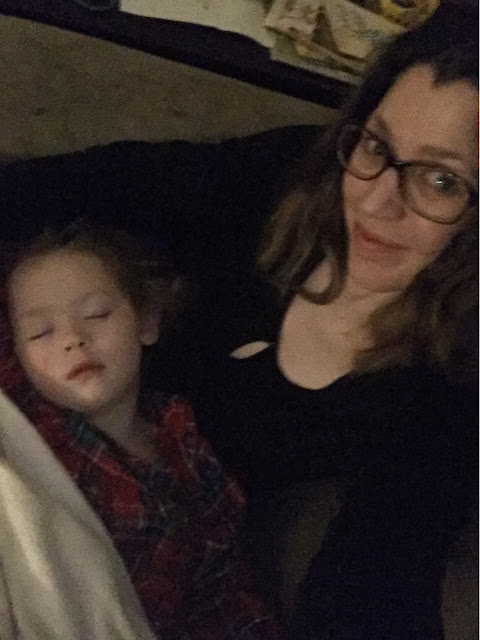 We also enjoyed a bit-o-lunch at one of our favorite coffee shops (no coffee for her, of course - oh how I wish I could bottle up her energy). 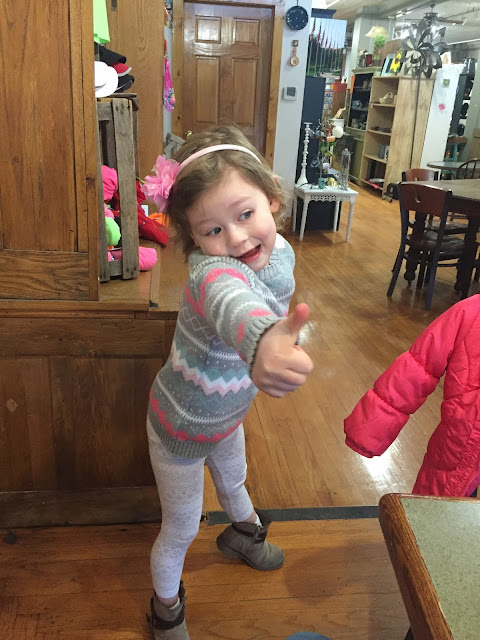 We had a tornado warning...in February.  Crazy!  We grabbed the kids and put them in our guest bedroom in the basement.  They never woke up!  Not even with the sirens blaring and the rain and wind pounding the house.  Geez, I wish I slept that well!

Look at those cuddles. 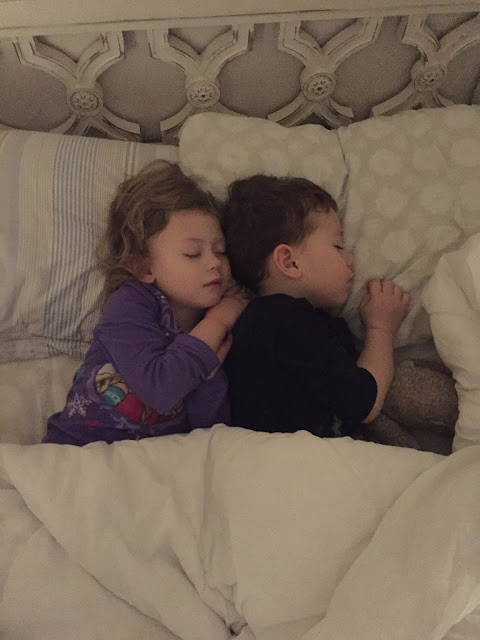 We introduced the kids to Harry Potter. 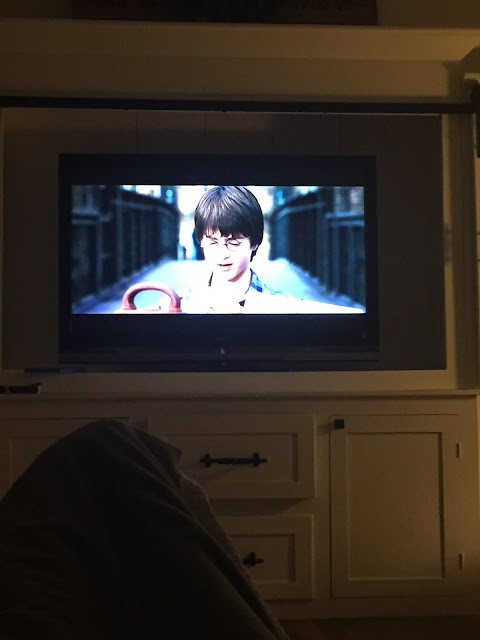 Henry wanted Jon to build something similar to this (except without the chair and much smaller - soooo not the same thing at all) for out next to our swing set to share with the neighbor boys, so Jon worked on that this weekend.  I can't wait to share it with you guys! 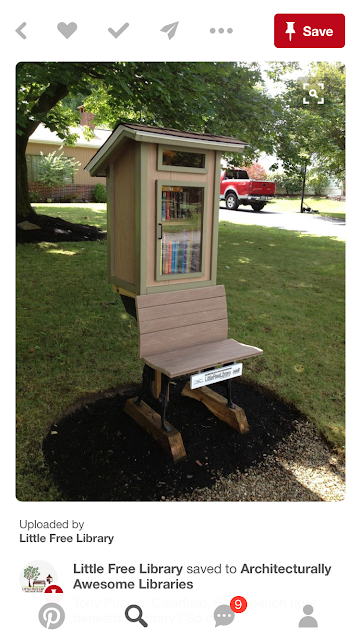 Eliza took a nap!  A real nap!  She's been taking naps here and there lately and, oh my gosh, I could get used to it.  I love her more than anything and she's a hoot when she's awake, but to have a break once in a while, just like the good ole days, would be aaaaahhhh-mazing! 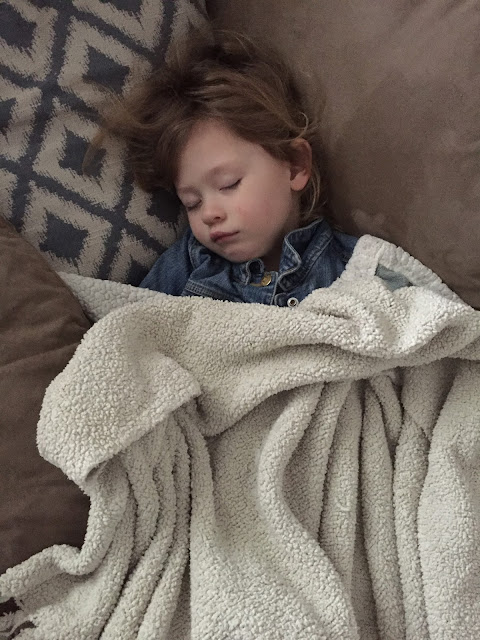 Jon and I put the nail gun to good use and got the boards up in our bedroom!  EEK!  Like I said up there ^^^^^^ we're so close to being done you guys, so close! 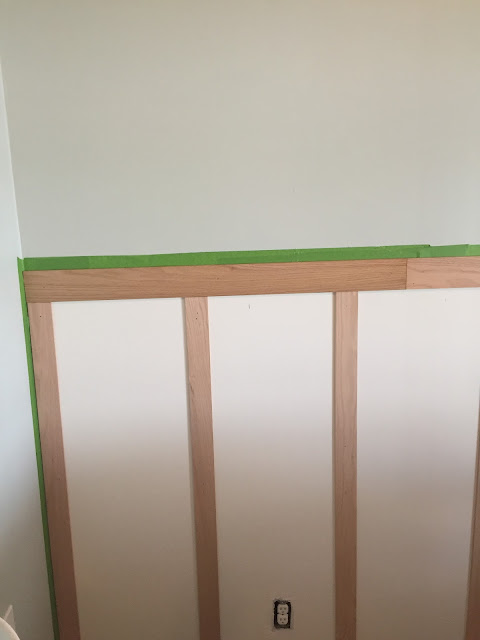 My girlfriends and I threw a small surprise sprinkle for our friend, Ashley!  Her nursery theme is, "woodland nursery," so instead of making a huge cake or cupcakes (especially since there were only six of us whooping it up), I made these doughnut hole hedgehogs as a dessert.  They were so easy and fun to make. 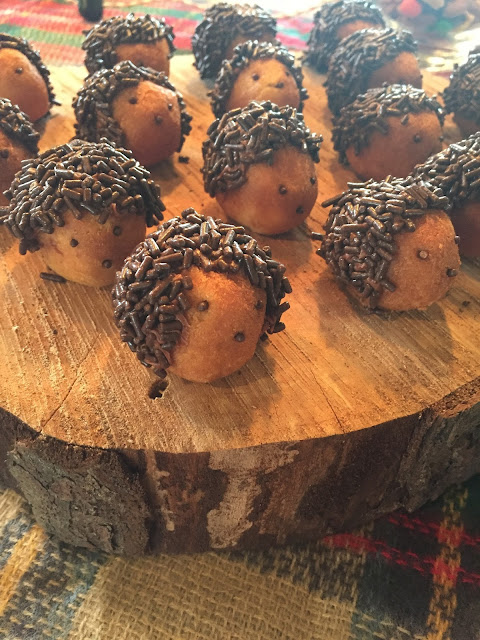 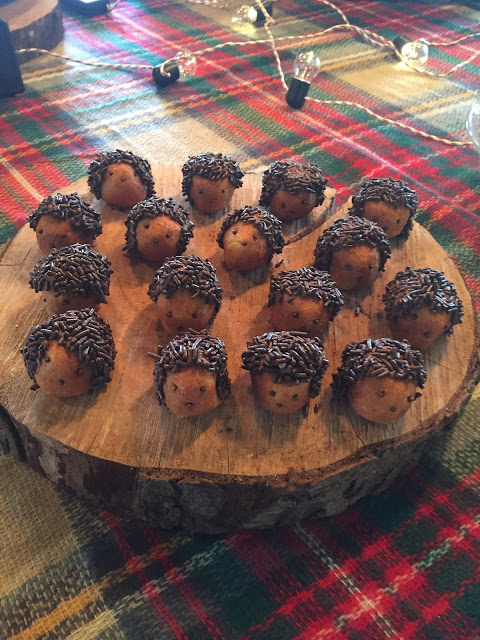 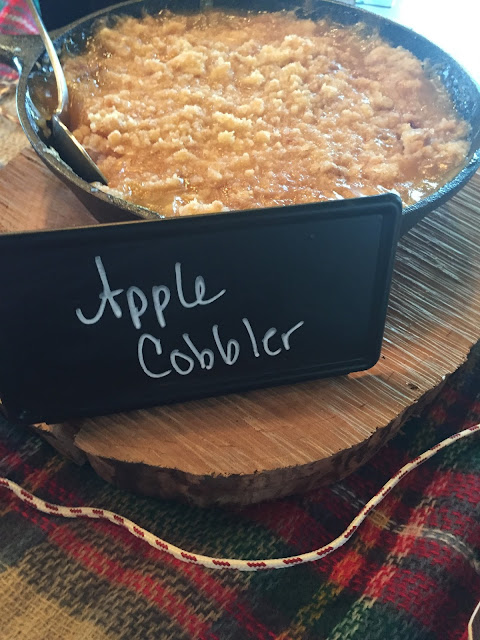 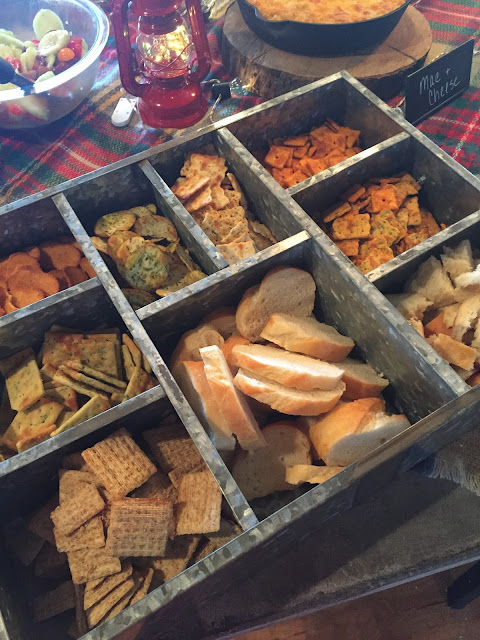 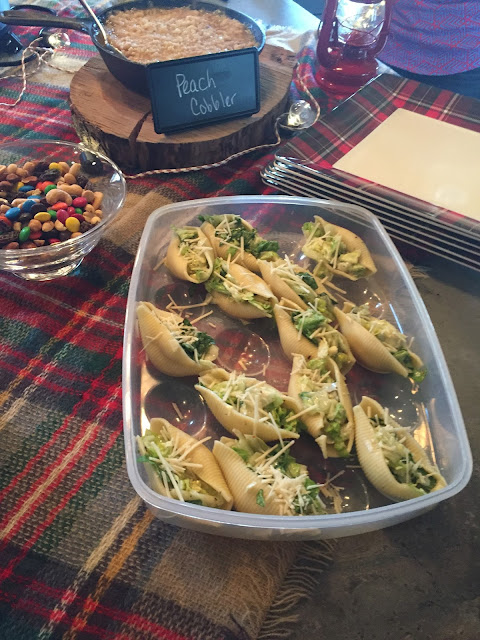 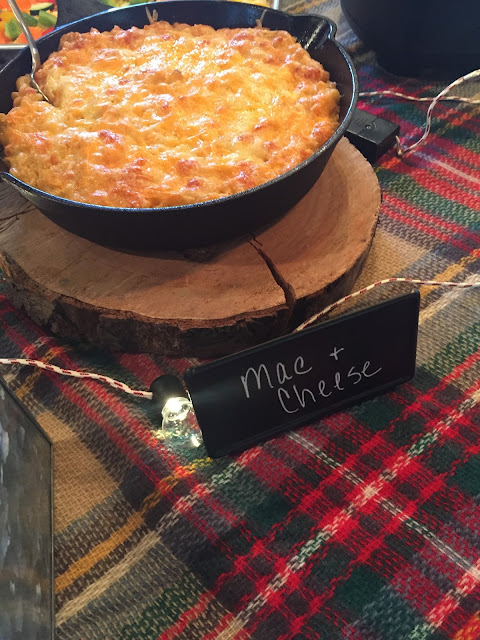 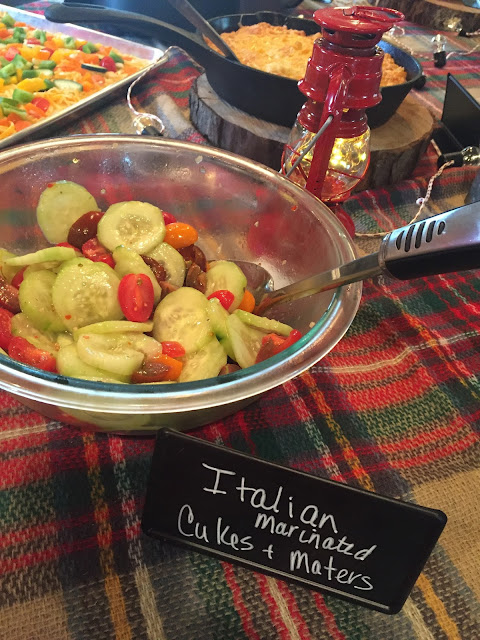 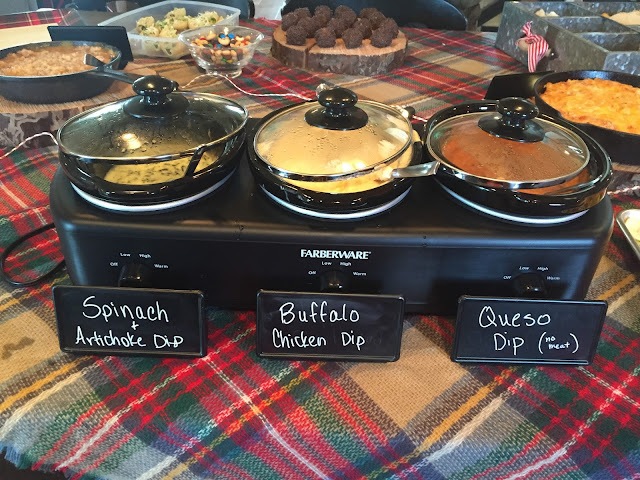 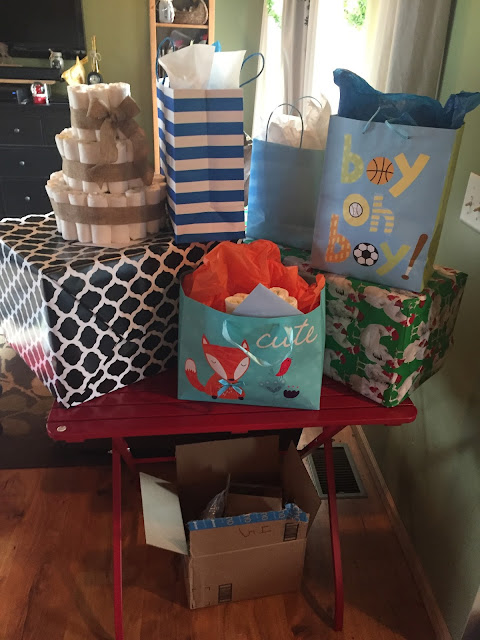 We also incorporated a little pallet painting party within the sprinkle itself.  I made this sign for the nursery. 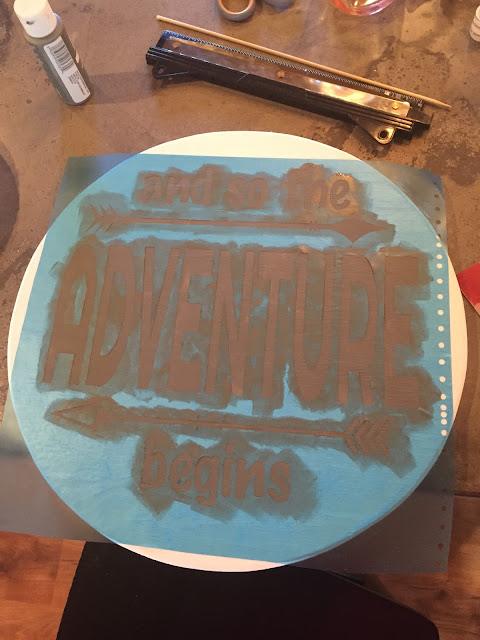 After a long and exhausting weekend, I headed to the spa.  The owners used a new technique where they drench your hair in water over and over and over again.  They then add gel to your hair and attempt to brush it out and blow dry it simultaneously.  They were a bit rough at times.  I believe my services added up to something like "one-hundred twenty dollar bills"...well, that's what the shop owner, Henry, told me anyway.  I've yet to pay them, but I'm hoping they accept payment in kisses.  ;)

It was somehow very relaxing and it was exactly what I needed...especially since I NEVER go to the spa.  So who knows, maybe they're on to something?  LOL! 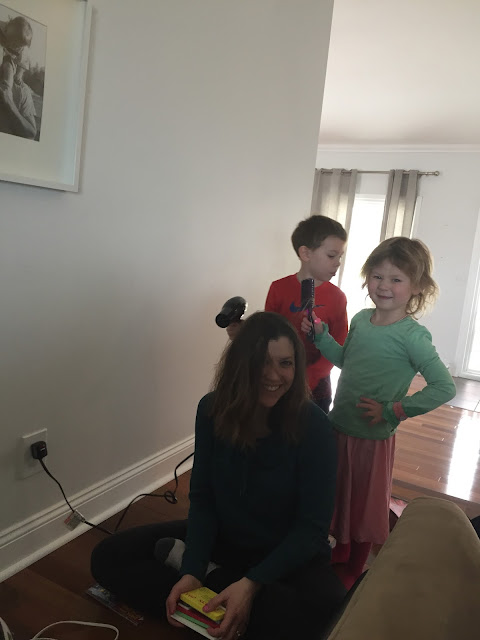 That's it for me over here.  Just trying to smile through the cloudy weather.  Happy Tuesday, friends!