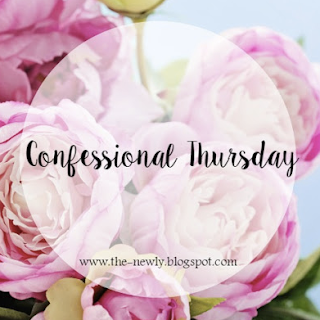 Seriously, I don't like calling the shots when it comes to making decisions.

It makes me uncomfortable.


...to go along with being a pushover - I don't like confrontation.

Years ago I used to work at a coffee shop and there were more times than I'd like to admit that I'd take blame if the order was wrong just so I wouldn't have to tell a fellow employee they had mixed up the orders.

I never wanted to hurt their feelings.

I realized that they were essentially wasting product, but I just couldn't bring myself to tell them they were wrong, so I'd act all ditzy and take one for the team.

I still do this on occasion in certain circumstances...it's something I need to work on.  Seriously, I'd rather act ditzy than be honest - what?!  It's a problem.  Given, I realize I'm not always right and I know that.  I just never want anyone to think I'm intentionally being bossy or mean...or attempting to take charge.  Even though I know that it's better to say something than not.

...on the flip side, I'm loud - like I should have my ears checked loud - and some people would probably call my obnoxious, but at least I know it!  LOL!

I just get waaaaay too excited when talking to people.

I'm kind of like Buddy the Elf...all the time.

...my kids have been playing alone in the other room for the last 45 minutes...

...I found a tiny little Hershey's chocolate and an old Caramel-filled Cadbury Egg in the bottom of my purse yesterday and I secretly ate both of them.


...I don't like any kind of tomato-based sauce.  So I don't like sauce on my pizza, I don't care for spaghetti or lasagna...and I'm not a fan of salsa.  I know, I'm weird.  Although, I have made huge strides and am finally opening up to little pieces of tomatoes in my guac and salads.