Hey all.  I'm back today with another recap from our Disney trip.  Today I'm posting about day 3 of our vacation, but it's not about Disney at all!

Jon had a conference Sunday morning and I stayed with the kids in our room until 11:00 a.m.  Believe me, after our first day in Magic Kingdom, it was a nice, slow and relaxing morning.

We weren't exactly sure of our plans for the day, but I packed a lunch and waited for Jon to come back to the room.

Upon his arrival, we decided to head east and visit the Kennedy Space Center.

Oh and one last thing before I, once again, bombard this blog with photos.  I want share this picture that Henry drew of me while heading over to the Space Center.

He's never been into drawing so I just had to share my proud Mama moment.

If you ask me, I'd say the flowers in my hair are pretty darn magical... 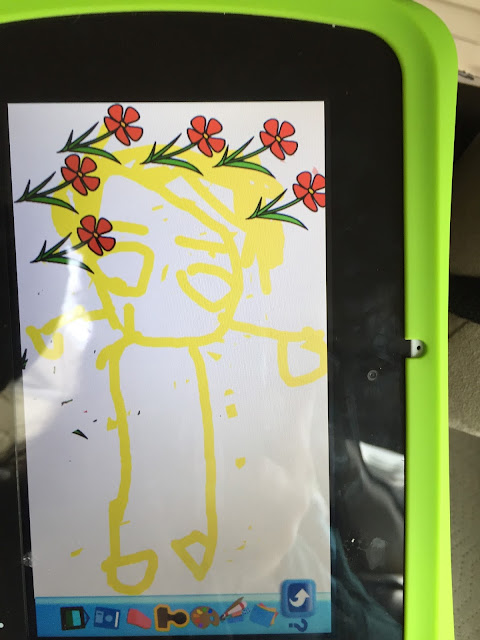 Okay, so back to Jon's Happiest Place on Earth... 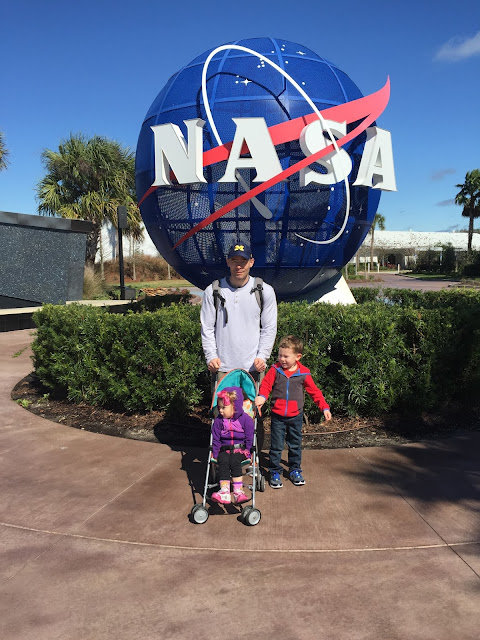 You guys, this man, the man I married, was like a kid in a candy shop.

He asked multiple times to have his picture taken, which was/is soooo unlike him.

I was happy to oblige. 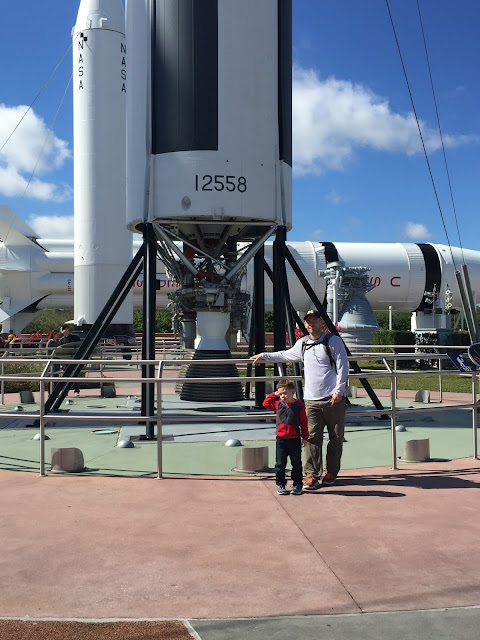 I wish I'd taken one more of Jon on this bridge (his eyes are closed - sad face - sorry babe), but it's too cool not to share.

This is the actual gantry that led Neil Armstrong, Buzz Aldrin and Michael Collins to the still existing white room in preparation to aboard the Apollo 11 capsule/rocket. 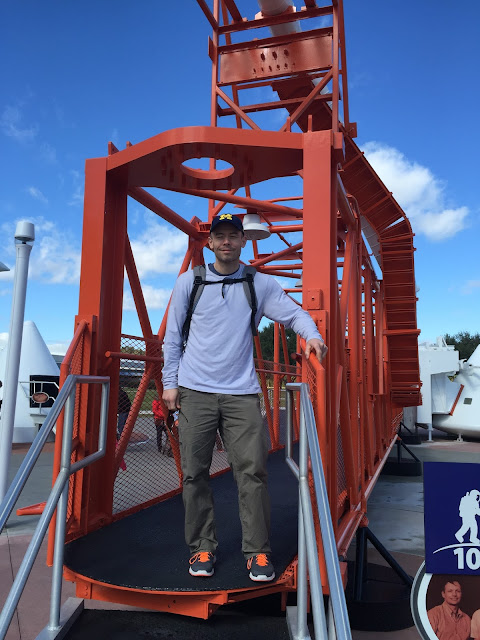 The pics below were taken with a different camera, so I apologize for the size and resolution, but still pretty cool. 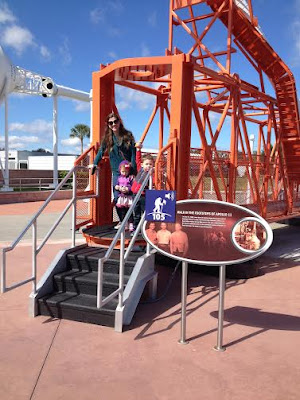 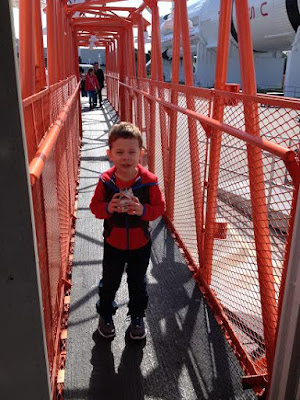 We ate lunch and then made our way toward the museum.

While inside the museum we watched two movies.  Both movies were held in separate rooms.

We had no idea what to expect.

At the end of the second presentation, the picture slowly faded and there was a screen.

Through the screen was the Space Shuttle Atlantis!

Whoa!  We weren't expecting that! 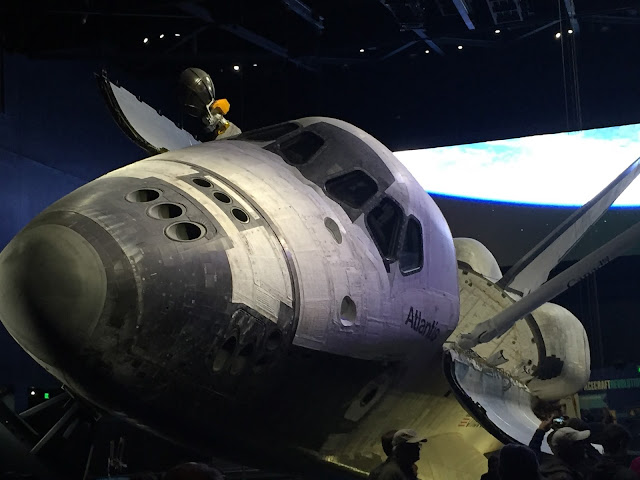 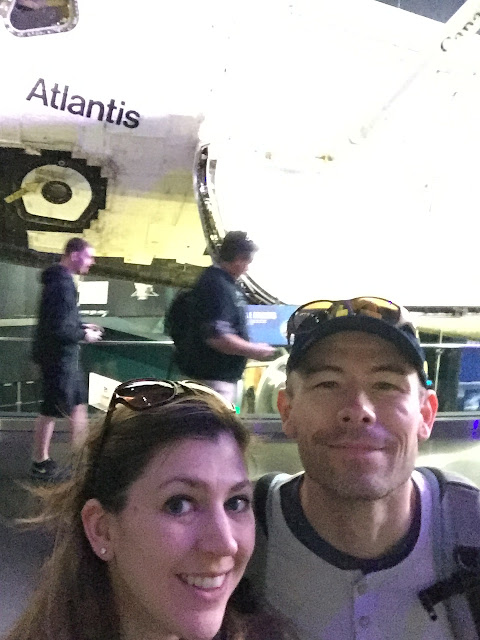 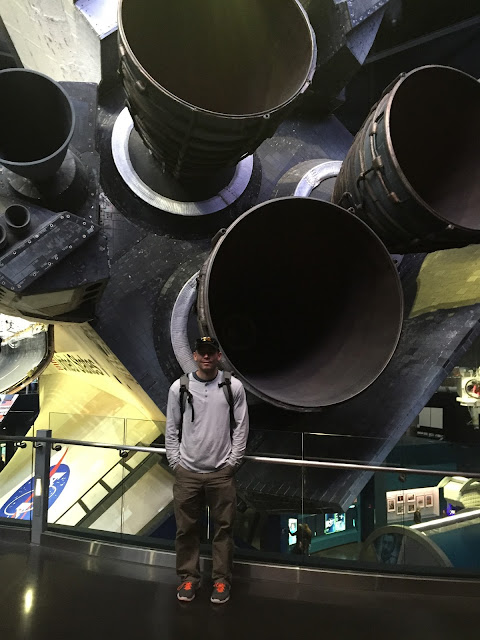 This is your Captain speaking... 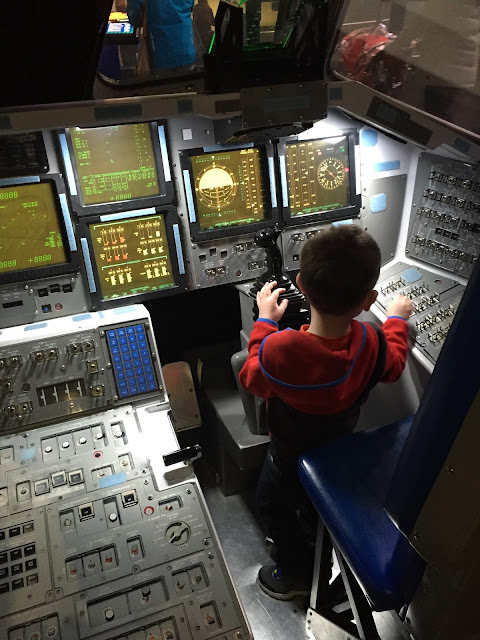 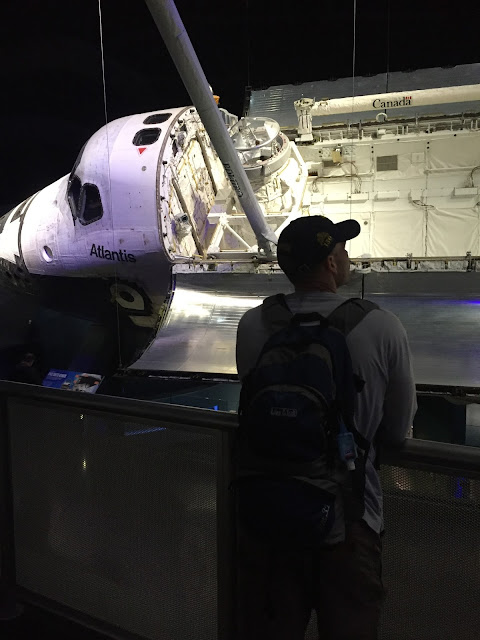 ....aaaaaand I mocked him for his affection.

Don't get me wrong, I appreciate space exploration, I just wish Jon would look at me the same way he admired that shuttle!  Hahaha! 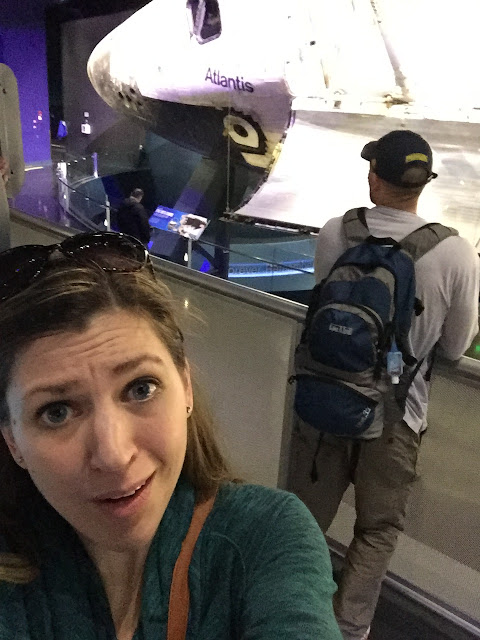 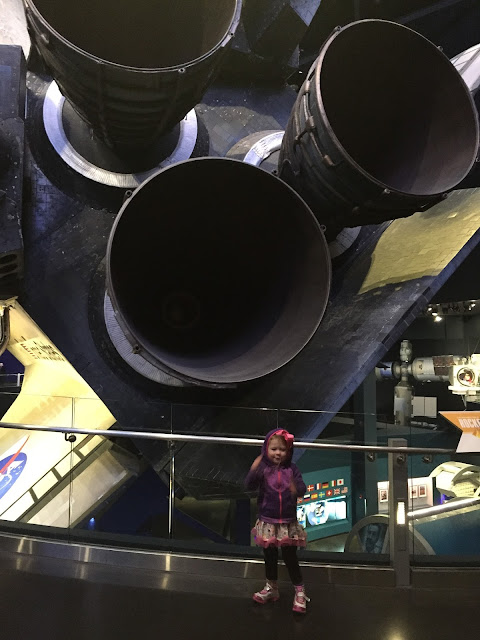 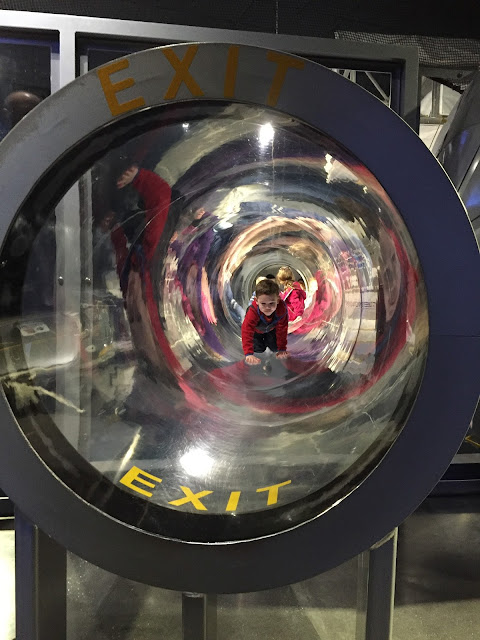 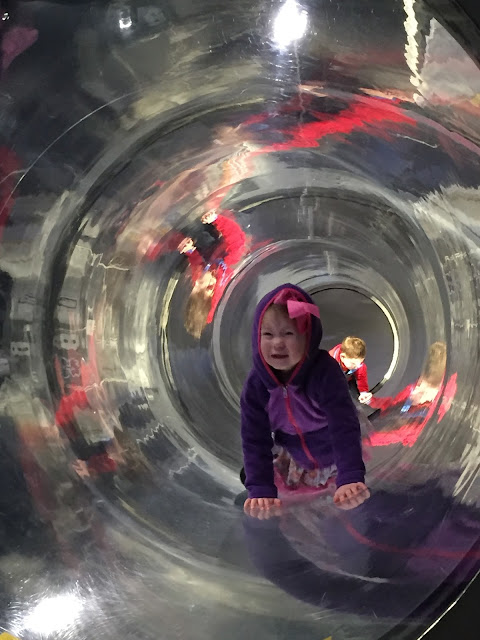 Kennedy Space Center was a hit...especially for my 35 year-old child...ahem husband.  ;)

In all seriousness, I wish he would've had the opportunity to read more and enjoy the museum a bit longer.  Jon was happy and that made me happy.

However, we had some tired little babies on our hands and they had to gear up for their next day at Disney! 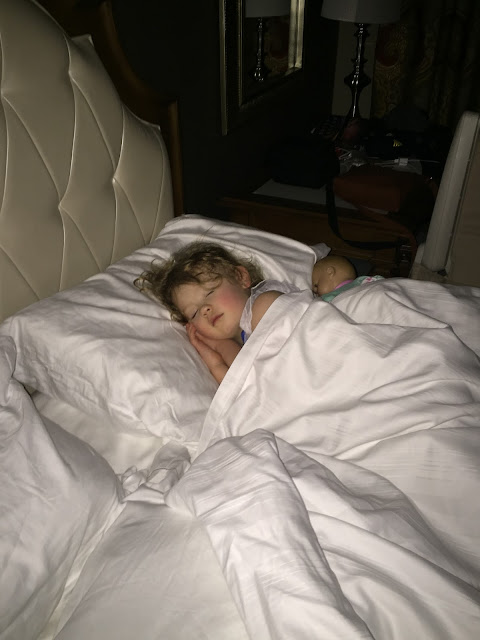 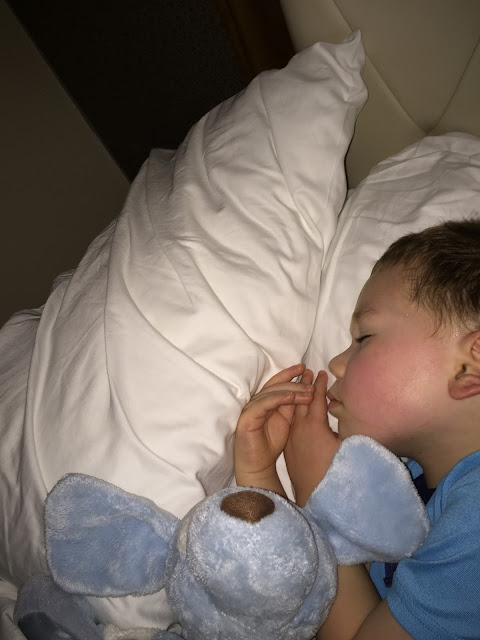 Thanks for joining me on our detour to NASA!

Stay tuned for more of our Disney recap.