This is it, friends - the last installment of my Disney Vacay Recap.

Have you had enough already or what!?

The last couple of days in Florida were bittersweet.  On Wednesday we mostly hung out at our hotel.  Don't let the pictures fool you, it was chilly.  We were the only brave souls to take on the cold air and wind.  I think it topped out at 60 degrees on this particular day, but being from Michigan, we'd consider that a cooler summer sort-of-day.

So, we did what any crazy family from the Midwest would do, we put on our swimsuits and went for it!  LOL!

It was indeed chilly and the wind didn't help - so we weren't able to utilize all the amazing outdoor water features that our hotel had to offer for as long as we would've liked.

We tried though, we really, really tried... 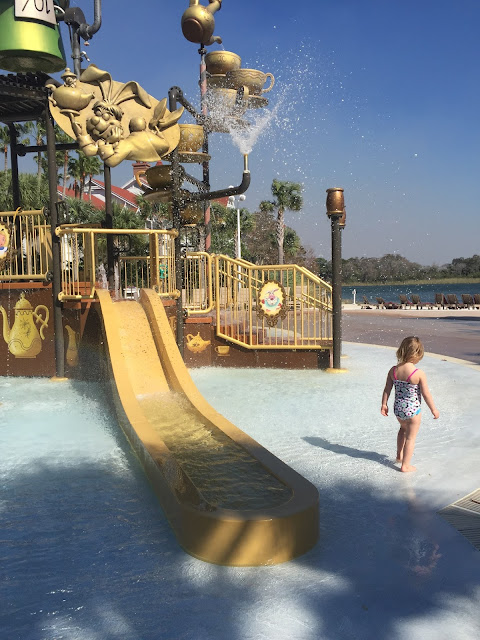 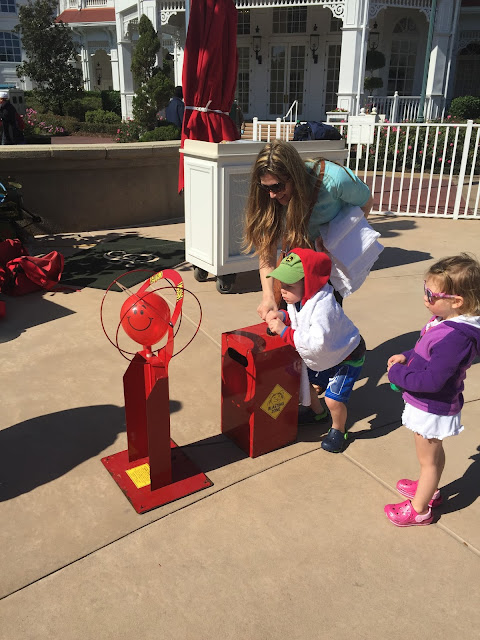 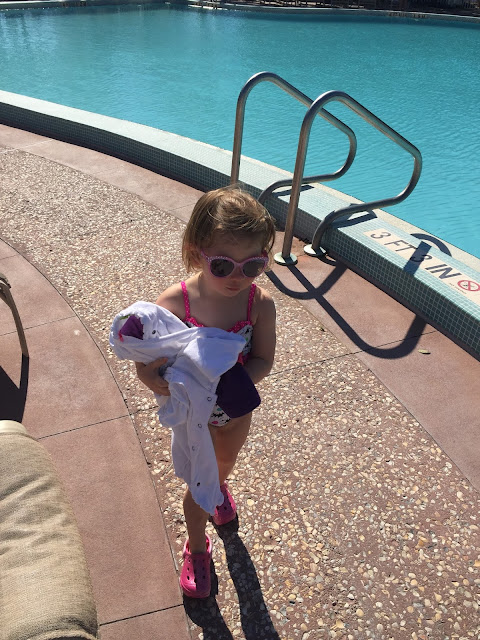 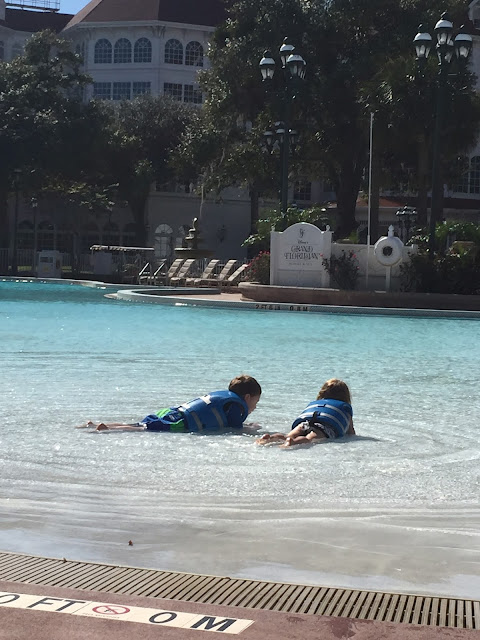 On Thursday we ventured over to Hollywood Studios.

Olaf was there to greet us! 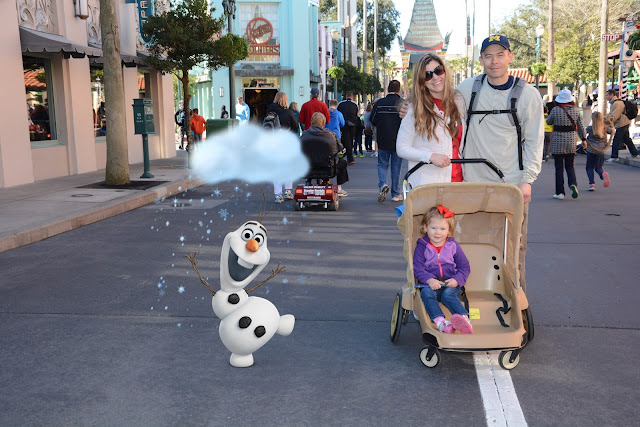 He was just not having it. 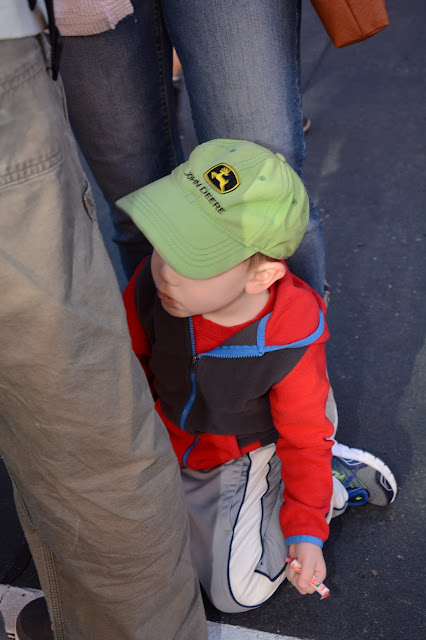 We moved on and warmed up to our new surroundings and all was well with the world.

We had Fast Passed the Toy Story ride, and boy, I'm, once again, soooo happy we did.  It was the best ride for our kiddos in all of Hollywood Studios and the line was already over an hour long...and it was only 9:30!

The kids looooved the Toy Story ride as well as all of the shows, especially the Disney Junior show! 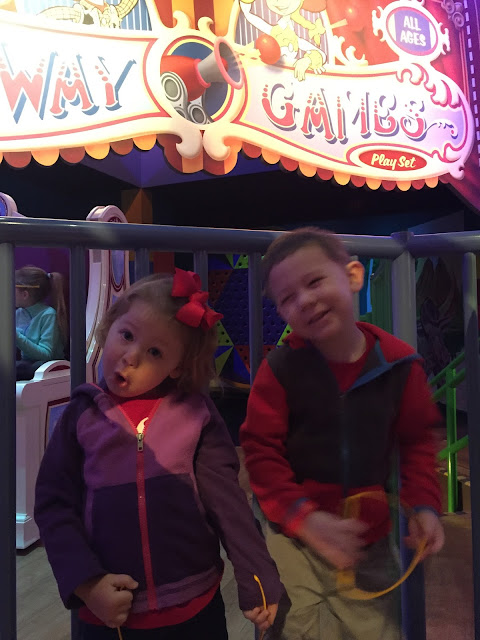 We made sure to take a selfie to express our excitement! 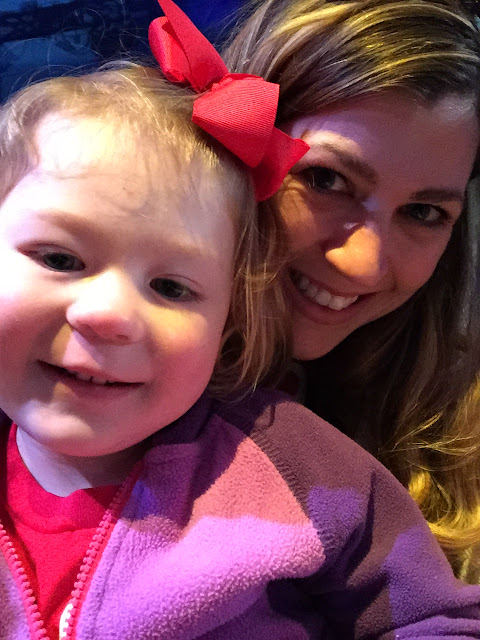 Henry's eyes lit up when all of the characters came out! 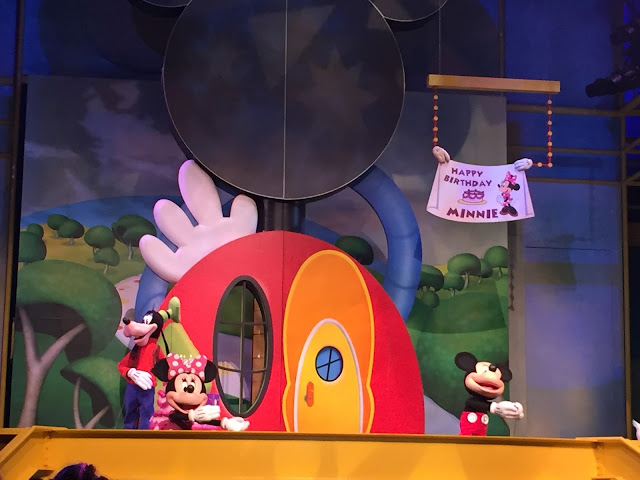 The Little Mermaid was a big hit! 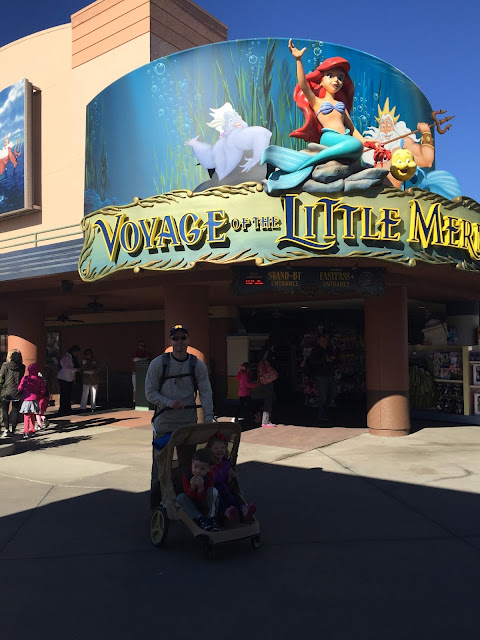 Oh and these guys showed up... 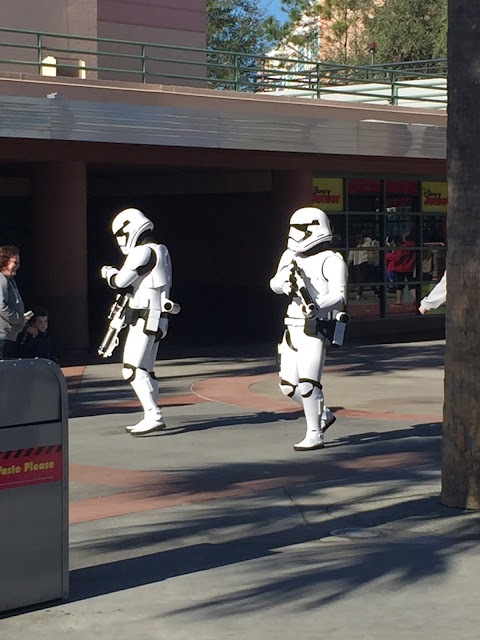 The kids weren't quite sure what to think of the Storm Troopers. 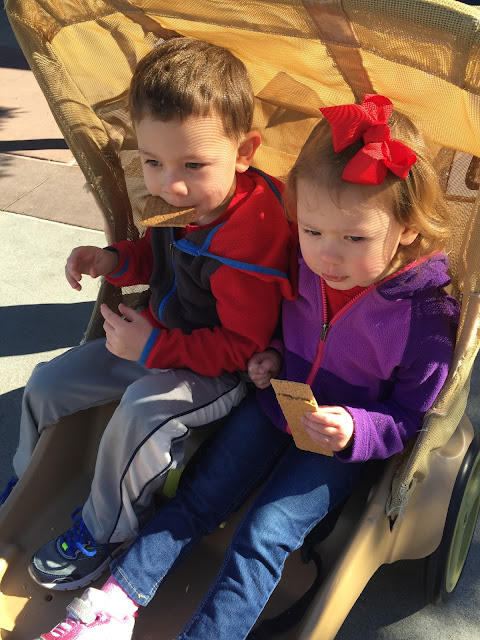 Seeing Sofia was a bit hit...but from a safe distance, of course! 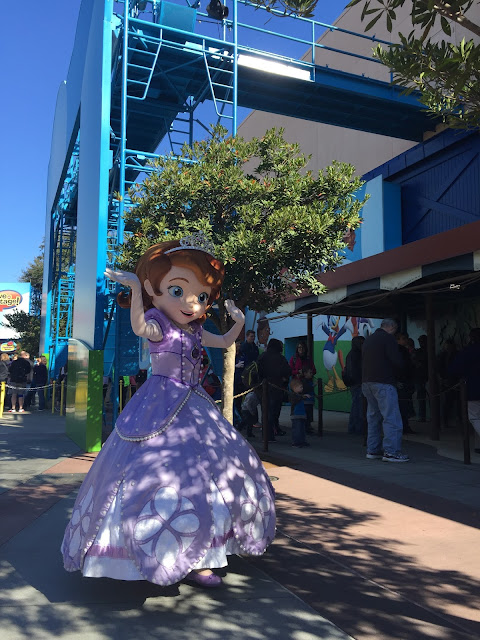 Seeing Elsa and Anna and the entire Frozen crew was awesome and the show was adorable! 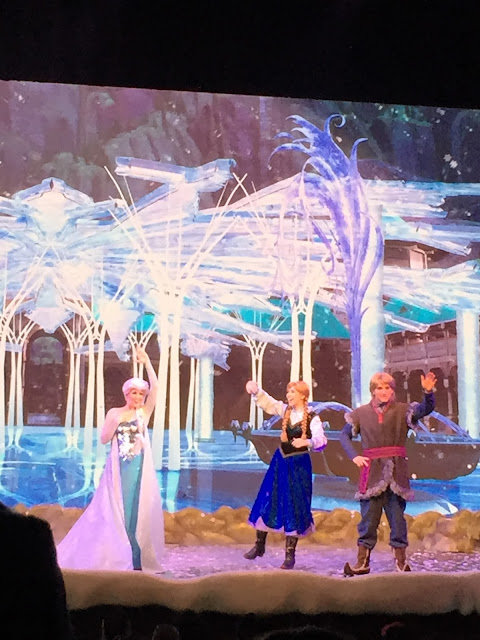 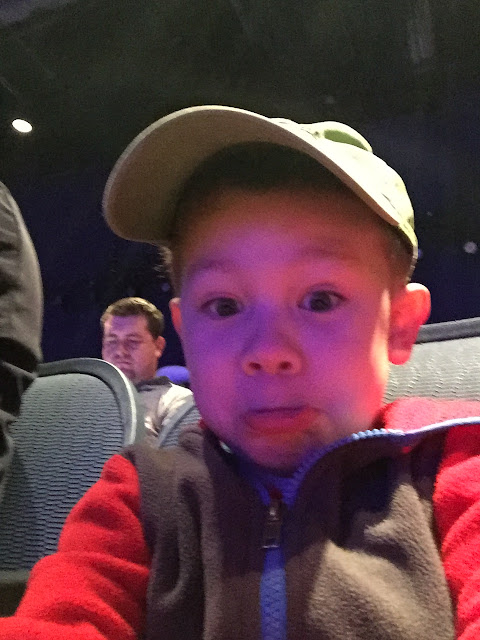 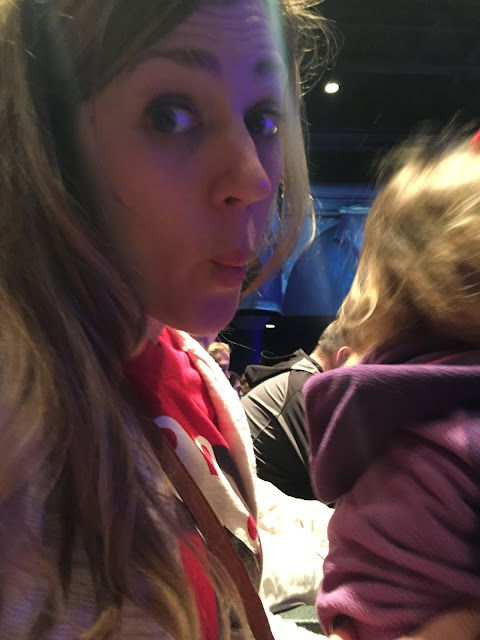 After Frozen, we hopped on, The Great Movie Ride, and then we hightailed it to our lunch reservations at Hollywood & Vine. 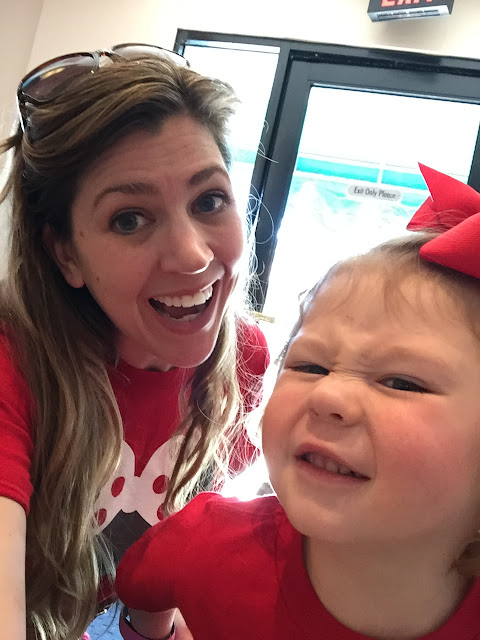 He wouldn't take a picture with the family and he didn't want any pictures with any characters, but he took a selfie of himself licking his lips in anticipation of food! 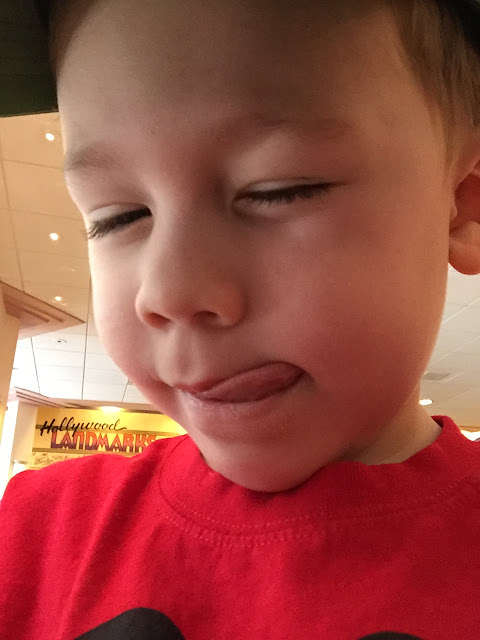 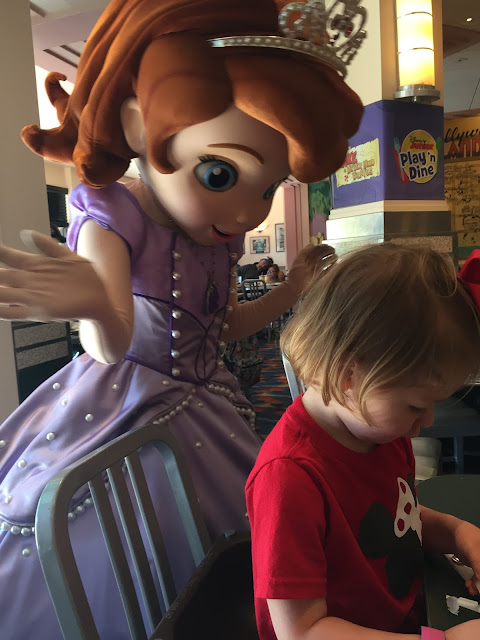 Don't mind all the food on Eliza's face - the characters showed up at our table rather quickly! 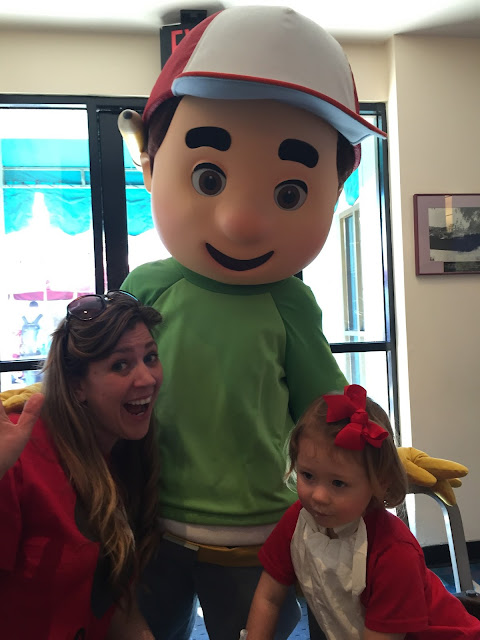 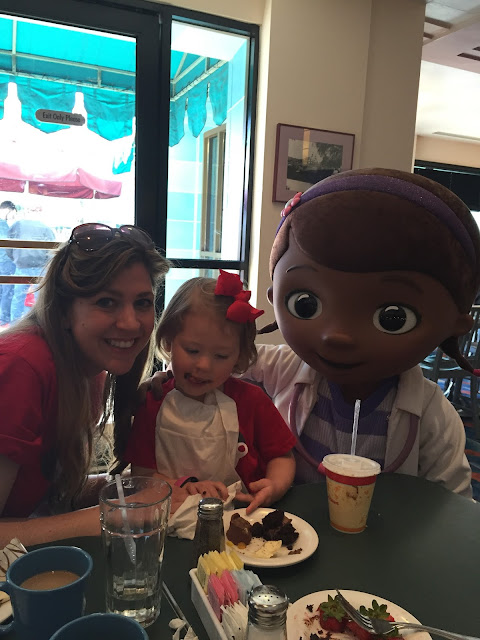 After lunch we had plans to watch Beauty and the Beast.  As I've mentioned before, this is my favorite Disney (princess) movie - I was pumped!

Whoever played the role of Gaston was the most amazing actor/singer/performer in history!

We all loved it.  After the performance, I was trying to think of ways to move to Florida, as well as trying to figure out how I could audition to be a part of the show.  Not because of Gaston, just because...well, because...  Ahem... 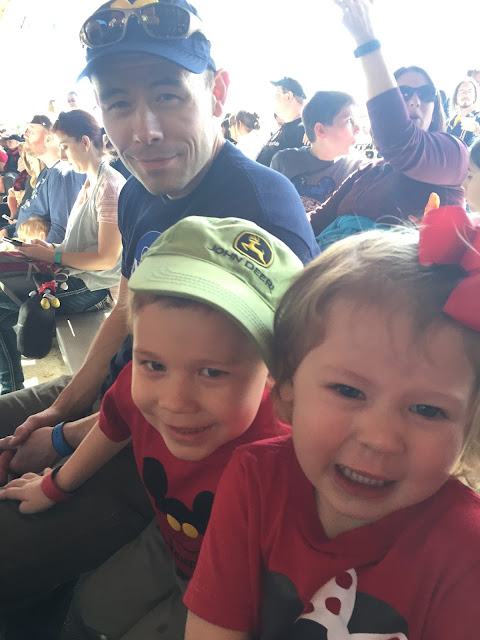 Our last day was coming to an end.

We decided to stay and watch Fantasmic and you guys...YOU GUYS - this show was amazing!

It was the perfect ending to our entire trip.  I highly, hiiiiiiighly recommend going to see this show if you go to Hollywood Studios. 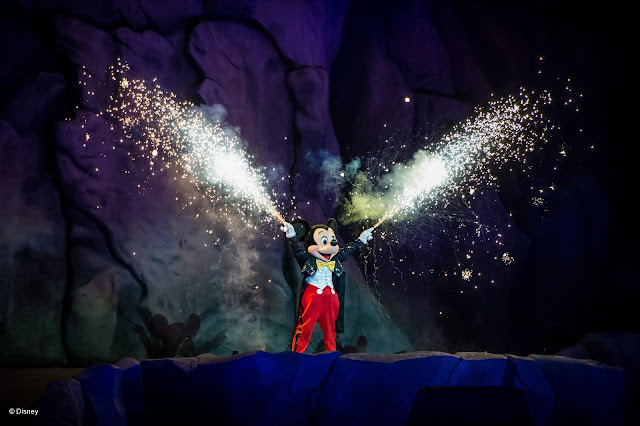 Welp.  That about does it.

Thanks for sticking around, friends!

Have a magical day,