Hello, Monday!
You arrived far too fast!
I'm joining in on the Monday fun and linking up with My Glittery Heart, The Other Side of the Road and The Sirois Family for Hello Monday.

This past week we've been getting into the swing of things with all-things-school and extra-curricular activities and, boy, it's all contributed to one exhausted Mama!
Two Saturdays ago was Henry's first ever soccer game.  He wasn't a fan of trying out soccer at first but we thought having him try something a little out of his comfort zone would be good for him and I'm happy to report that he's loving it!
Also, this officially makes me a SOCCER MOM!!!  Woo to the Hoo!
Now, I never played a soccer game in my life and this game was the first I've ever actually watched from start to finish and guess what?!  I think I loved it just as much as Henry!  It was a blast!  It helps that his coach is phenomenal and is such an encouraging optimist while the kids are out on the field.  We'll be playing until the very end of October and I'm anxiously thrilled to watch Henry progress. 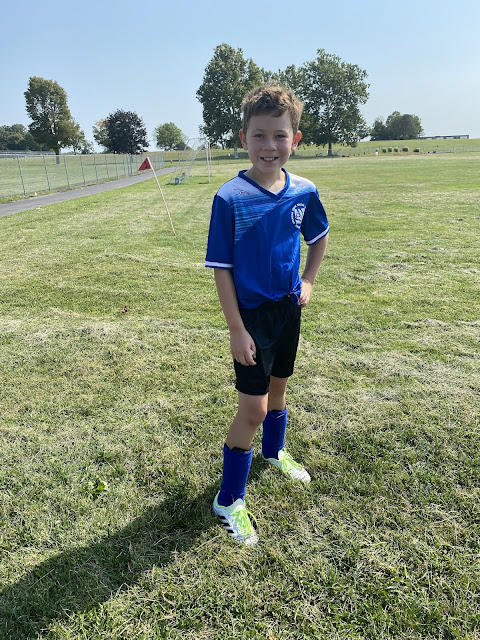 Later that weekend all three kids wanted to go on a tube ride together - Jane wore her Tinker Bell dress, of course, the perfect tubing garb.  ;) LOL! 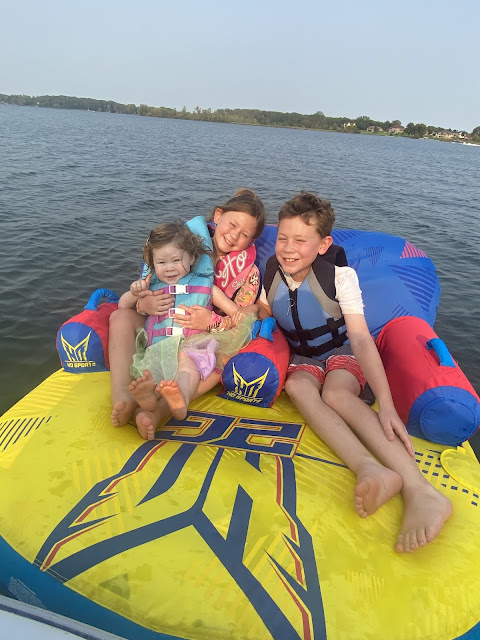 Jon and I quickly realized that for the first time all three kids were behind the boat and it was just the two of us!  I can't believe we're to this point! 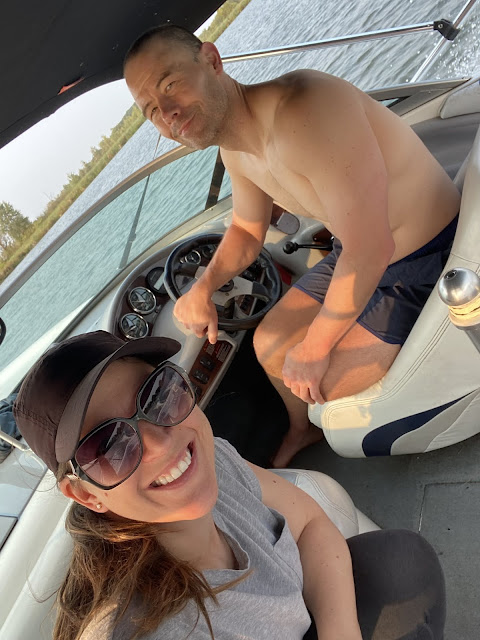 On Sunday, Eliza and I decided that it's never too early to begin decorating for Halloween, so she pulled up a chair and helped me out.
I'm forcing myself to do a little Halloween/Fall Home Tour this year - so keep an eye out for that! 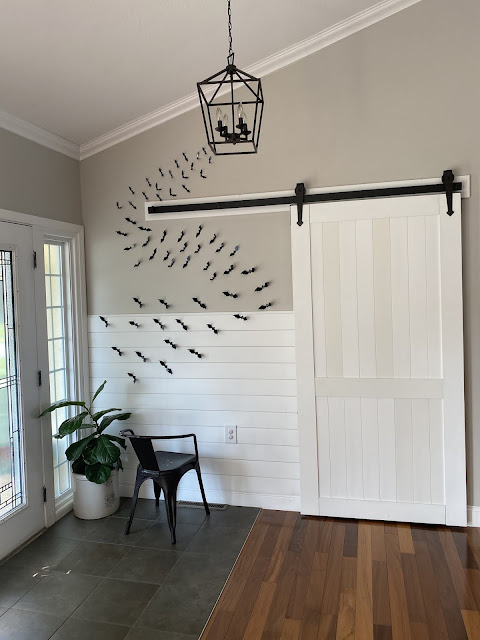 Eliza loved helping with the witch hats on the fireplace!  We've since added more to this space and we plan to add pumpkins and possibly a cauldron, too!  I can't wait to share more! 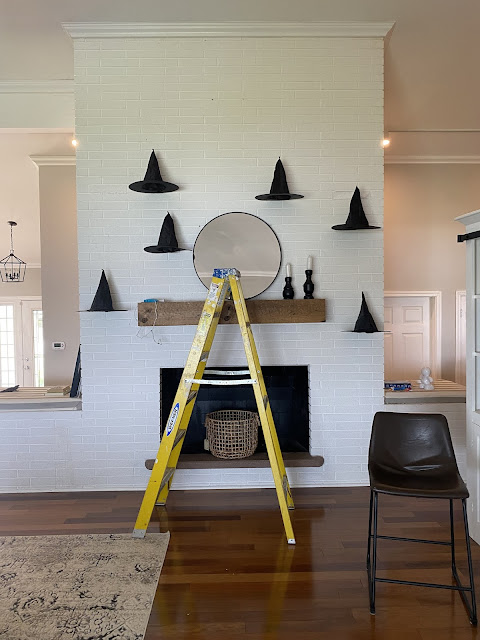 Now, please ignore the potty seat.  We're about to begin potty training and it's clean, I promise, but I couldn't help but share my little assistant/painter.
I went to the paint store to try out a sample paint and within a matter of hours I had completely transformed this bathroom.  There's still a lot to be done, but by mid week it should be finished.  I'll definitely share the new and improved space on the blog, too!  EEK!  It looks sooooo much better! 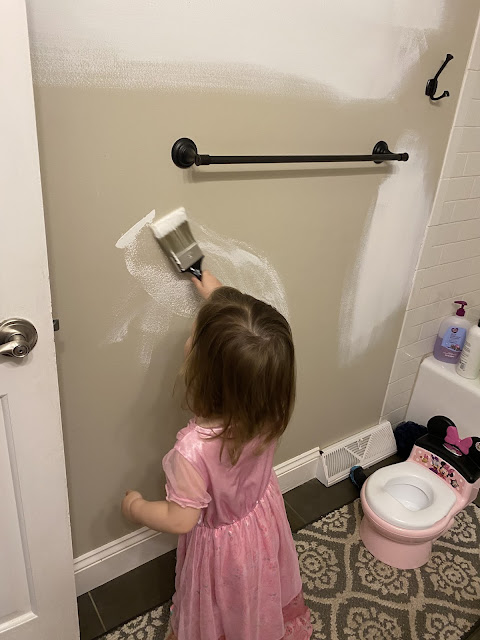 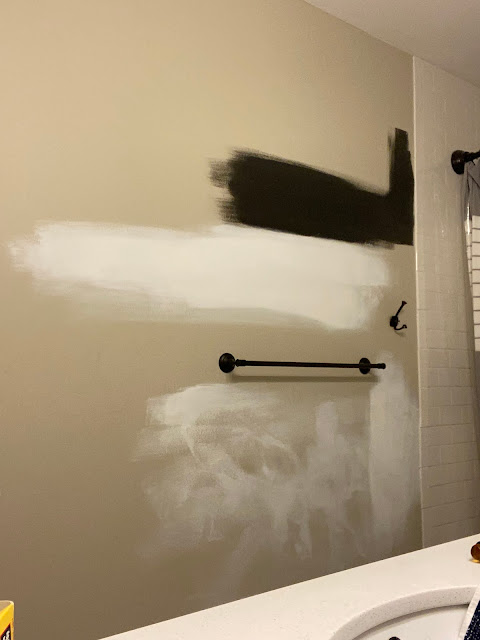 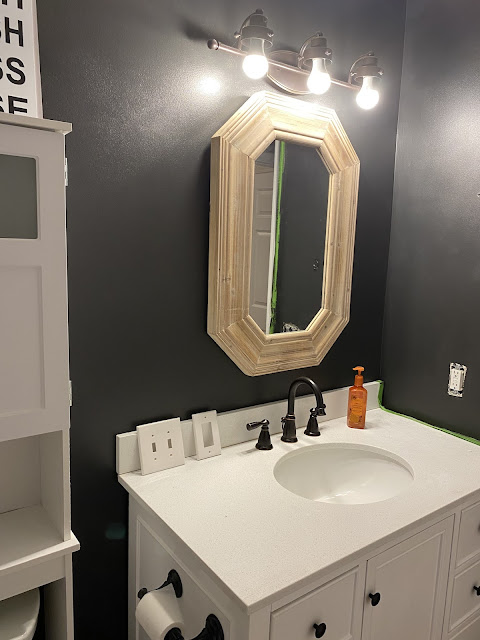 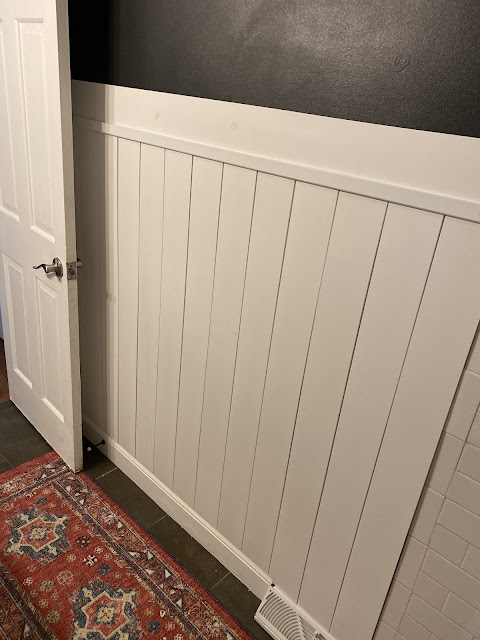 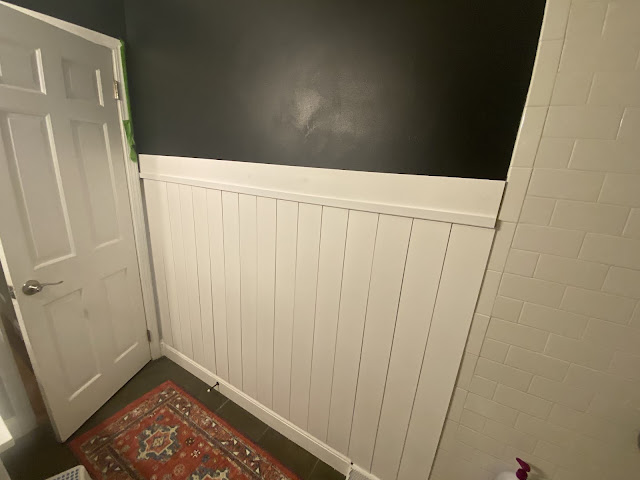 Since potty training is right around the corner I decided to take Jane to the store to pick out some big girl undies.  She ended up picking out Disney Princess undies.  How is this happening?!  I'm excited for her but beyond terrified of the potty training days ahead of me.  I'll be sure to keep you posted on all-things-potty-training, too!  Ha! 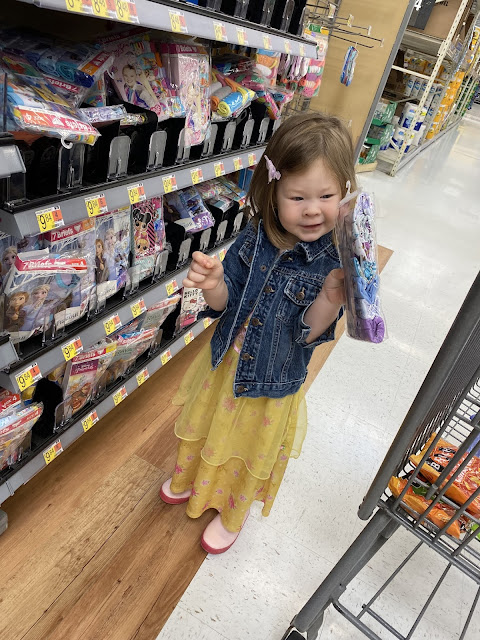 Jane also had her first day of Kindermusik.  She's looking so big these days. 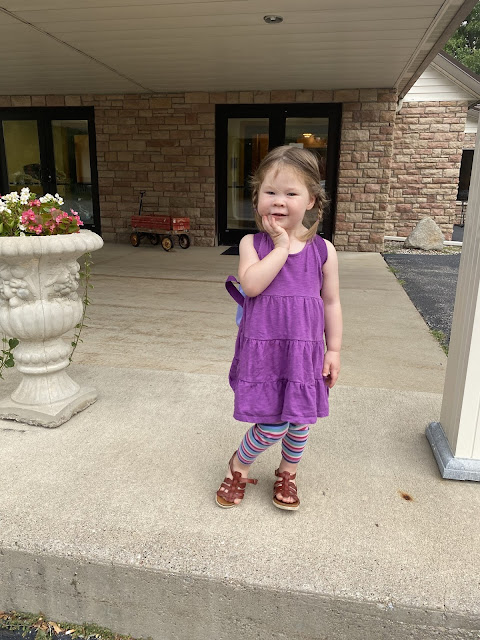 On Friday, Jon and I went on a much needed day date.  We went to Target, test drove a mini van and went out to dinner.  We were done eating by 7:30 and then decided to run into Bath and Body Works, Five Below and TJMaxx.  I hadn't been into any of those stores in ages.  We were home by 9-ish...Hahaha!  Oh adulthood! 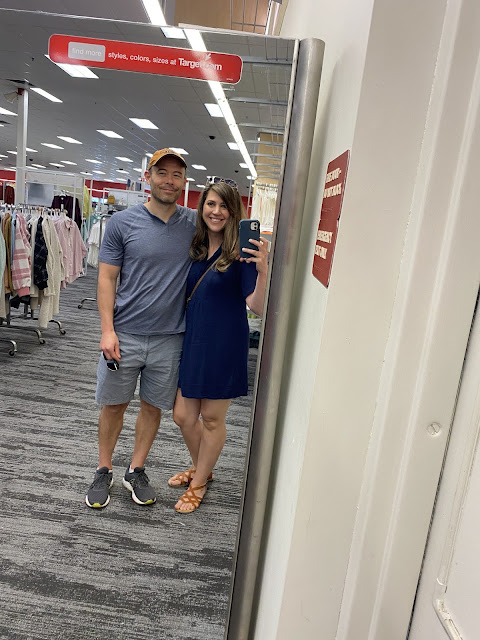 The food was the best part - not having to cook or clean up.  Amen to that! 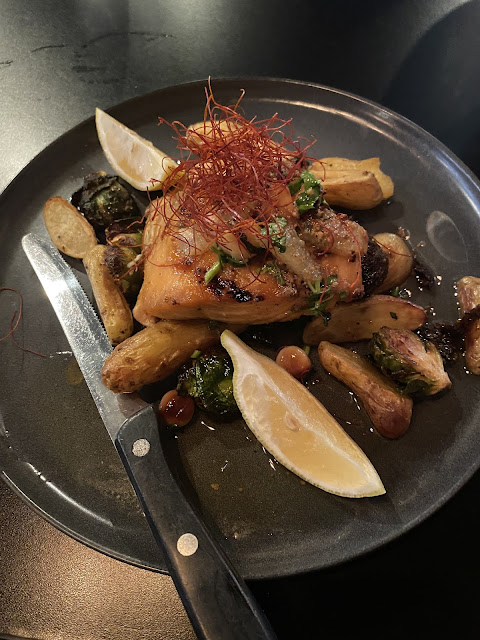 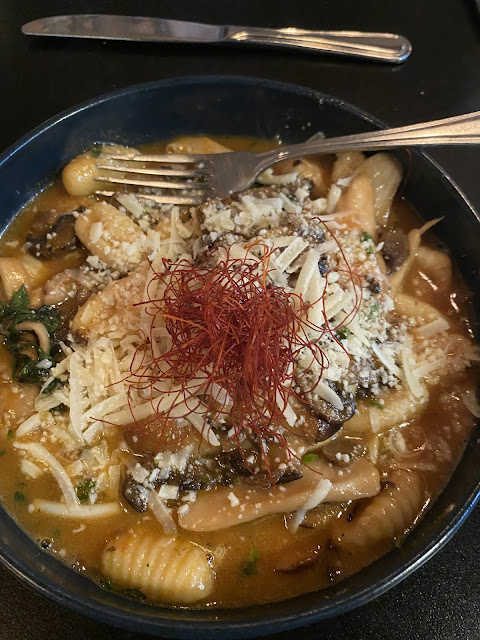 On Sunday we took the kids on their last boat ride for the season, Henry played his Trumpet, I taught Eliza how to do a cartwheel and we had a nice slow day in preparation for the week ahead!
...and there you have it!  Our past week-ish in a nutshell!
Thanks for stopping by!
Marie :)
at September 20, 2021