We had a super relaxing weekend over here.  So relaxing that I did my hair with nowhere to go, Eliza wore her pajamas the majority of the time (which by the way have lived their life - you'll see in a sec) and we, for the most part, stayed off of our phones/computer and just hung out.

Henry's been reading the Jack and Annie series and he just finished, Vacation Under the Volcano.  He asked to watch and learn more about volcanoes all last week, I mentioned to Jon that we should just run with it.  Jon, of course, was all in!

On Friday morning Jon and I went on our weekly breakfast date and headed to pick up the necessary materials needed for our volcano.

Volcano building commenced once the kids were home from school.

Not going to lie, as much as I thought the volcano was awesome - and don't take this the wrong way - but I couldn't wait for those obituaries to be covered up with some paint.  I usually pay my respects to those who have passed by reading their obits, but eating dinner with Lloyd was a little much for me... 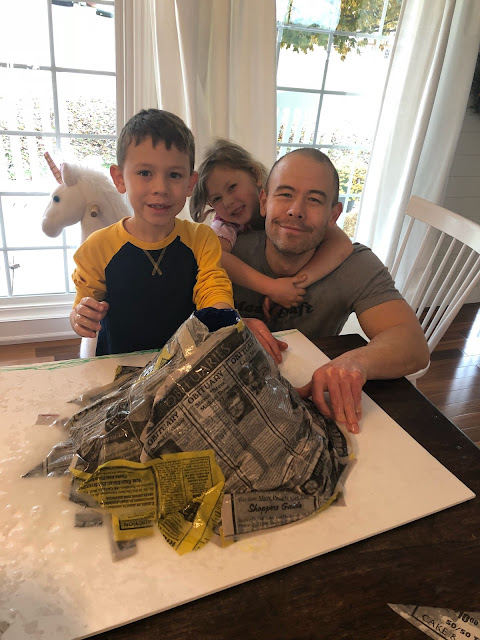 On Saturday the kids were up and already painting their little hearts out as I made coffee.

I told the kids not to wear anything new or nice as the paint was permanent.  Eliza wore her beloved Ariel nightgown, but as you can see - it's beyond time for a new one...see what I mean?

I enjoyed some morning caffeine...tea wasn't going to cut it.  Coffee it was.

I kind of got my wish of a day between Saturday and Sunday with the time change...well, one hour anyway.  I'll take it!  LOL! 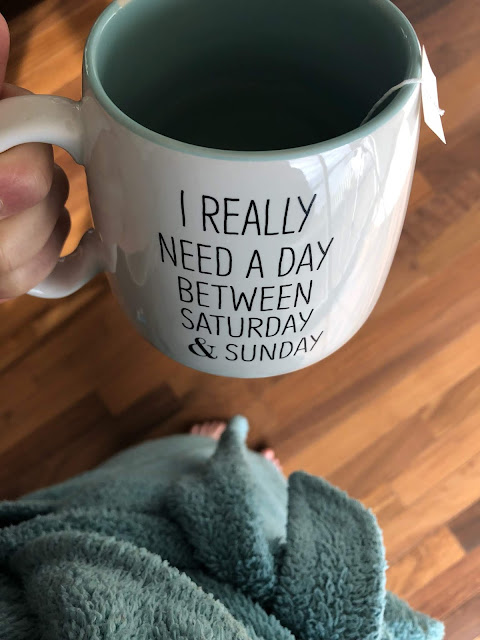 Like I said up at the top, I did my hair for no reason.

I barely have time to put on pants lately.  It was fun to do a little curling.  Jon said he felt like he was with a different person.  LOL!  I guess that tells you how rarely I do anything with my hair!  No, it's not perfect, BUT it was a good hair day for me and it felt awesome not to have my hair up in a pony or a bun all day! 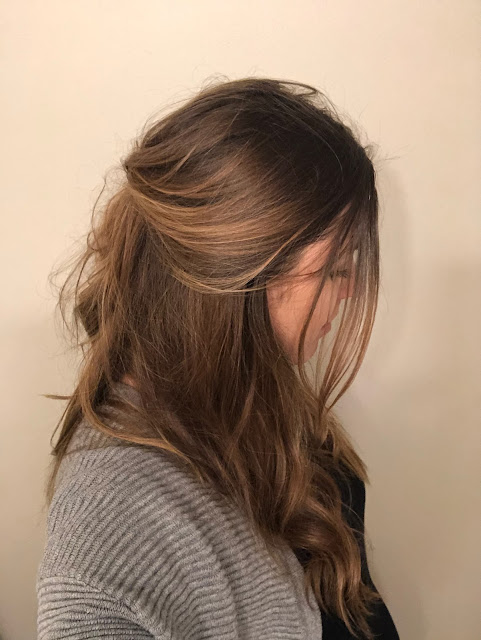 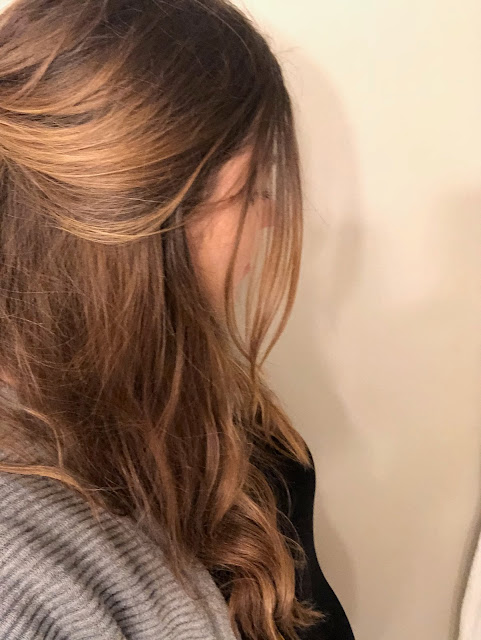 We snuggled on the couch and felt baby kicks together.  Eliza is the only one who has felt the baby kick, well other than me, of course.  Henry had the biggest kicks, but he said he didn't feel anything.  Gah!  Seriously, it was a huge one, but the seven year old sticks to his story... 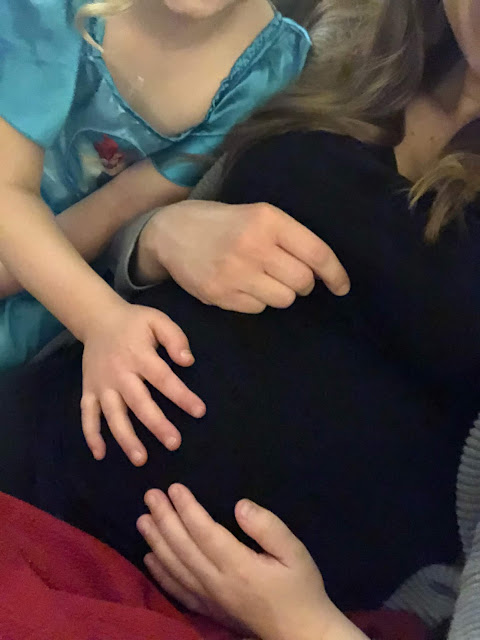 I finally managed to get a belly/bump/pregnancy picture.  I'm at the very end of 20 weeks here...or 21 weeks...depending on what app I'm using.  ;) 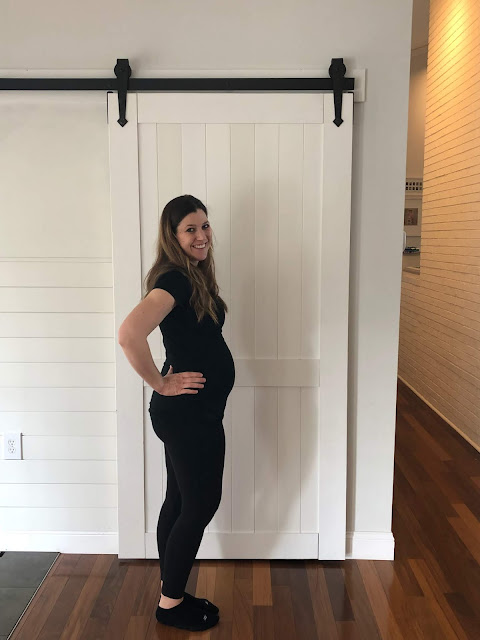 Eliza wanted to be like Mama.  Not for 25 years, girlfriend!!! 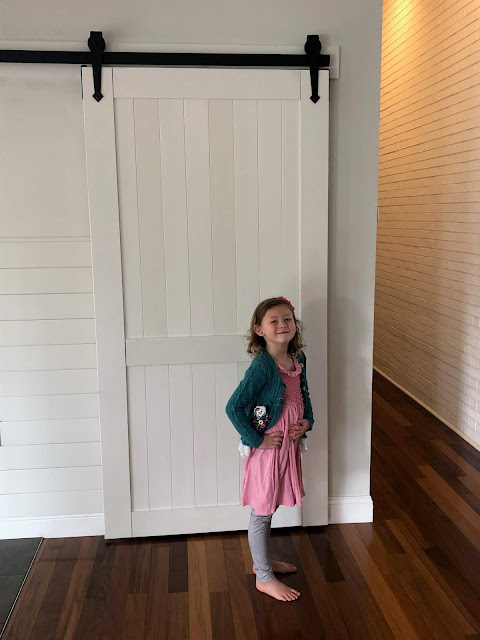 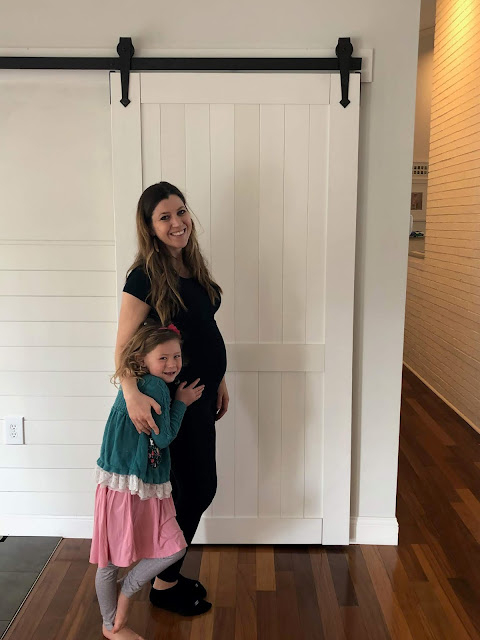 We took the kids to the park after lunch and neither of us brought our phones.  Jon by choice, me by pregnancy brain.  It was awesome to just talk and walk and watch the kids and lose track of time.  It was a gorgeous fall day.  I was sad at first that I didn't have my phone to take pictures of all the trees and of the kids, but I quickly got over it and enjoyed the day the old-fashioned way...just by observing.  :)

We finally came across a clock in the park and realized the Michigan game was starting in ten minutes...yeah, that's how out of touch we were!  So great!

Oh boy, it's turning out to be a fantastic season! 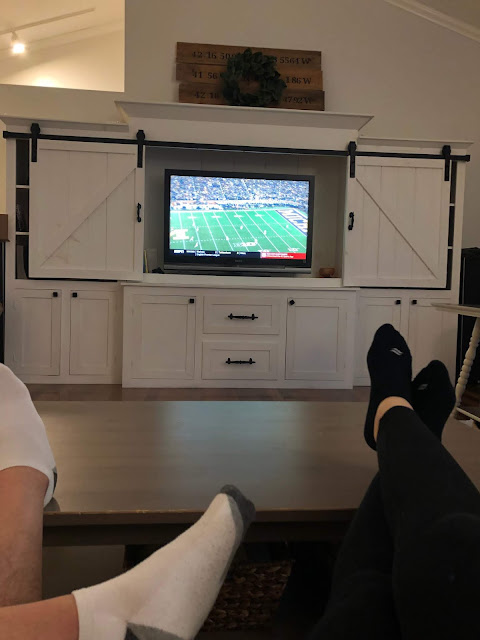 On Sunday we all woke up early feeling renewed.

The boys came over and watched Jon add "lava" to the volcano.

As you can see, Eliza's wearing that nightgown again.  Oy.  Seriously love it, but Santa's got to bring something new! 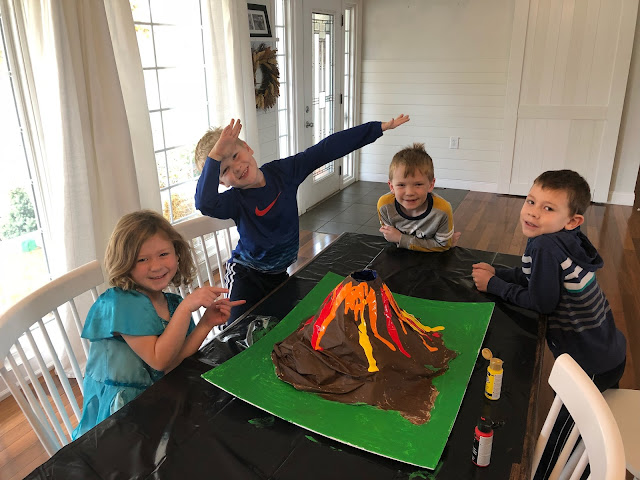 Jon busted my grocery budget from last week.  If you follow along here on the blog you may remember my mentioning us not spending as much on groceries.  You guys, I managed to only spend $120 on groceries for the week (which for us is a deal)!  I was going to make it work, we were going to make it happen, darnit!!!

Then that husband of mine went to the store and bought all of this.  LOL!

In the most light-hearted way I voiced my opinion of why this stuff couldn't wait until Wednesday.  Jon, if you're reading this, I love you and I'm just giving you a hard time...still.  ;)

Until our next grocery shopping adventure...  ;) 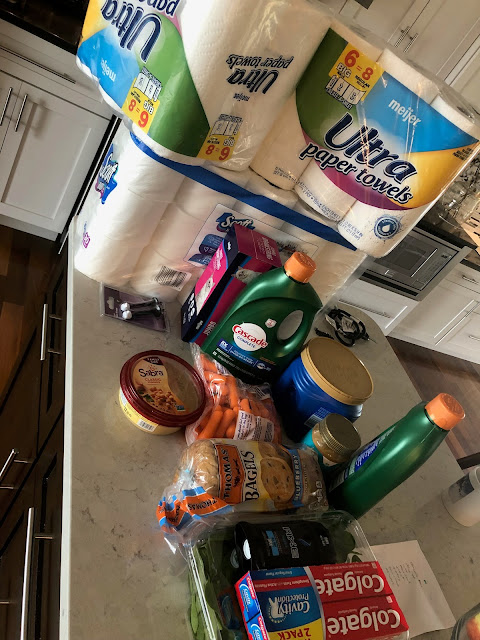 The remainder of Sunday was spent cleaning, doing laundry and basically nesting.

Along the way I found these sweet notes in Eliza's room.  Love. 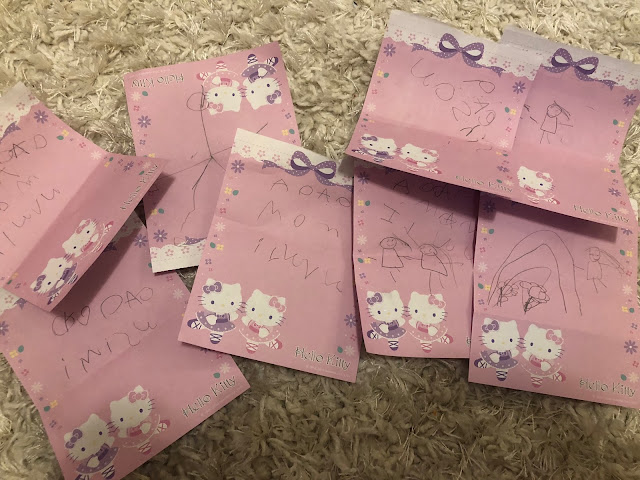 I also found these.  Someone from Eliza's school had made a sucker ghost for Halloween, so Eliza took it upon herself to decorate all of her suckers the same way.  She did all of this.  No help from me.  Girlfriend found tissues, found rubber bands and drew faces on the ghosts (we've been told that some are 'cats').  She's a hoot! 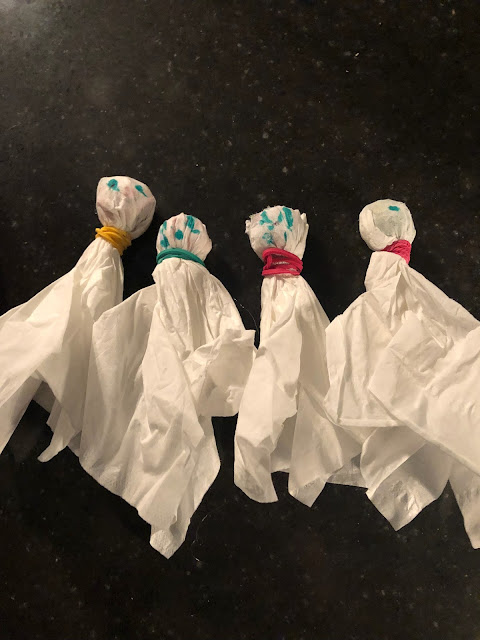 Aaaaaand to round out the weekend and this little post of mine - I give you Starbucks!  I had an unplanned OB appointment this morning (can you say UTI that started last night - yeah, not fun at all and NOT a fun night - at all).  So I decided that on my way home I deserved my first gingerbread latte of the season (half caff).  Oh man, it was delicious and it made the crazy start to the week way better. Don't worry, after my half caff latte, I consumed 30 ounces of water, drank some cranberry juice and started a round of antibiotics.

Here's to the week! 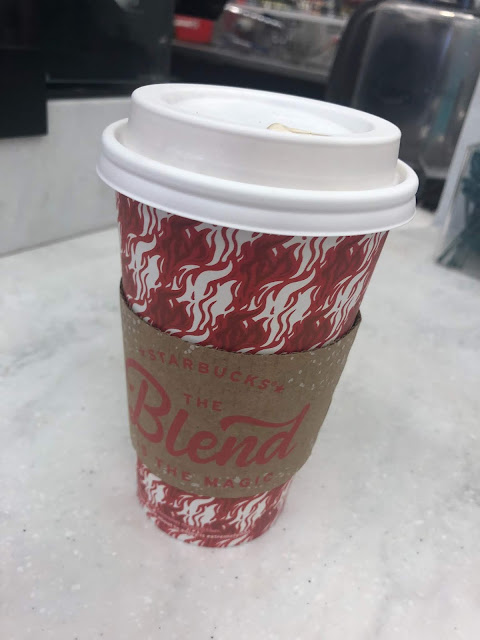 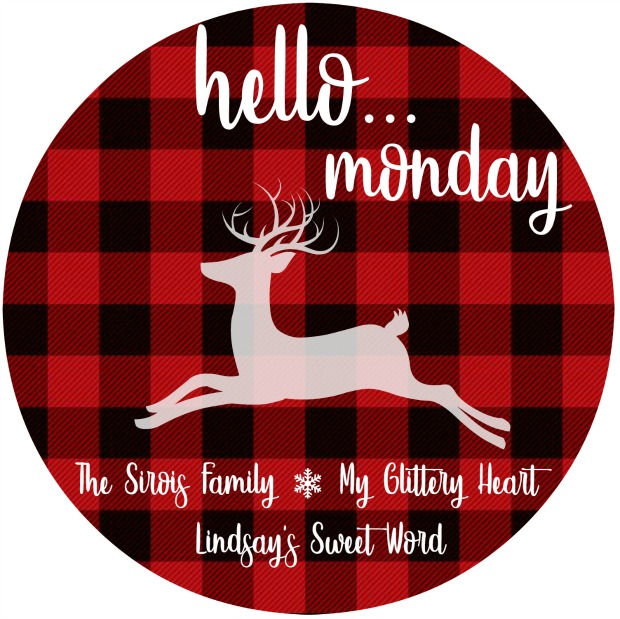 I'm linking up with Hello Monday, B Loved Boston and HoHo Runs.