Welp, the kids have been in school for well over a month now and here I am, just now blogging about it!  Better late than never, I suppose.

I have about a gazillion back-to-school pictures, but I'll play nice and only post fourteen of them.  ;)

You guys, the first day of school was no joke.  I had originally thought that both my kiddos would be starting on separate days, but come to find out - they were both to start on the same day!  Two different schools, two kids, one day...lots...and loooooots of emotions.

It was time for school to begin!

The kids were ready.  Mommy, on the otherhand, was not. 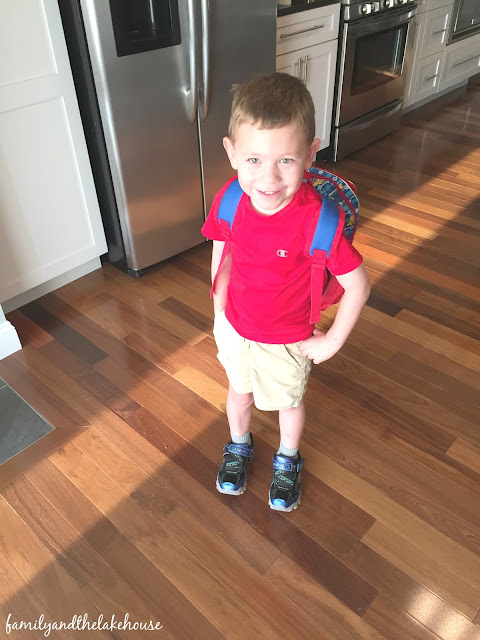 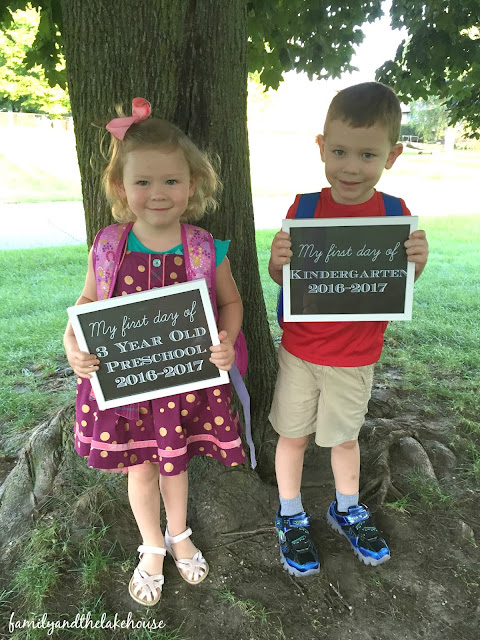 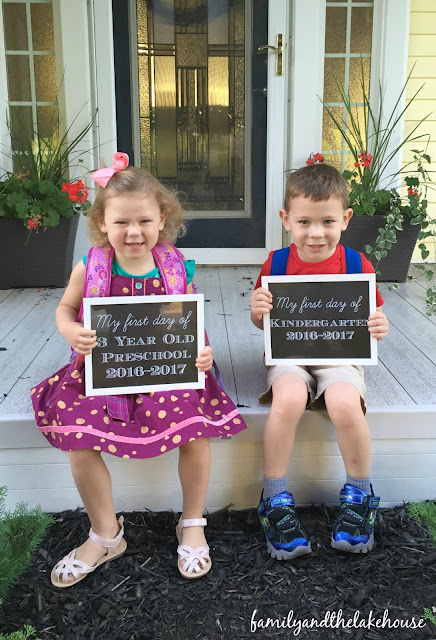 It was getting real. 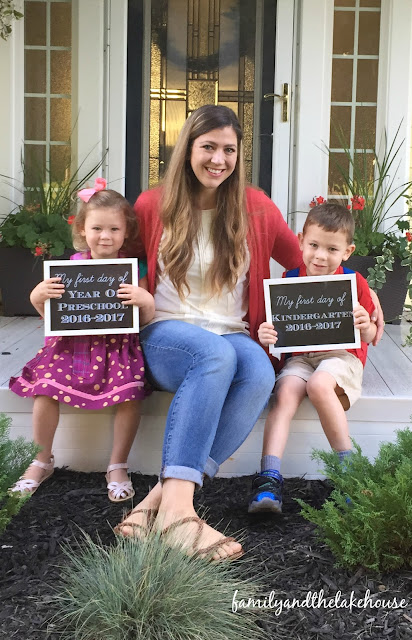 I knew little Miss. Eliza would do well.

She's had previously attended a music program, Kindermusik, at this church/school since she was itty bitty, not to mention the fact that this is the same preschool Henry attended, so she knew what to expect.

She was more than ready and Mommy and Daddy were beyond excited for her.  :) 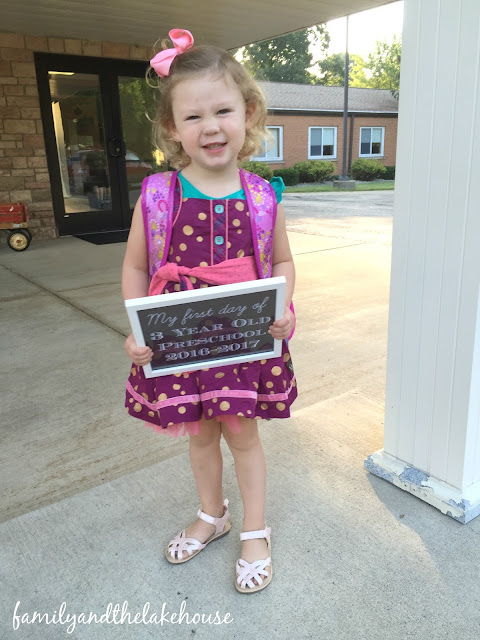 I knew I was leaving Eliza in good hands.  Eliza has known her teacher since she was in utero (the preschool teacher is also the Kindermusik teacher), so this part was a piece of cake.

By the way, Eliza is indeed smiling here.  Her smiles seriously crack me up! 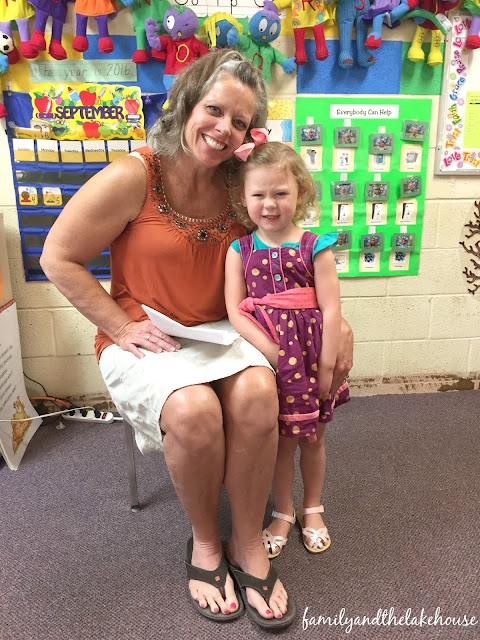 I didn't have much to time to cry or to be too emotional because we had to get Henry off to his first day of Kindergarten...and I didn't want to upset either of the kids...and because my heart was happy...and mostly because Eliza would only be gone for two and a half hours...

After lots of hugs and kisses, it was time to go. 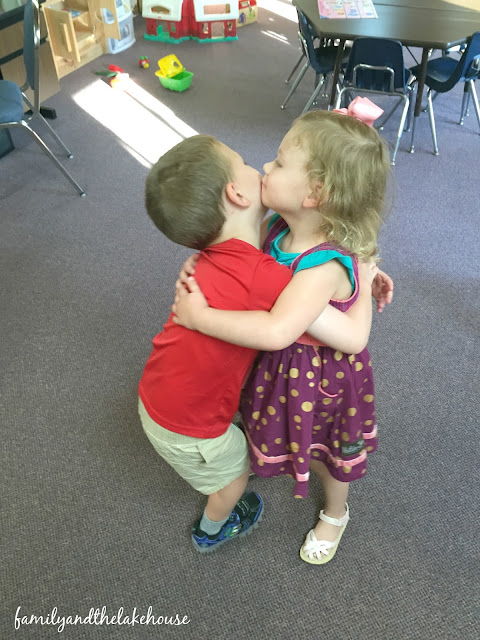 Henry was excited.  He was pumped!  We had talked about this moment for weeks, for months.

I tried to hold back my tears. 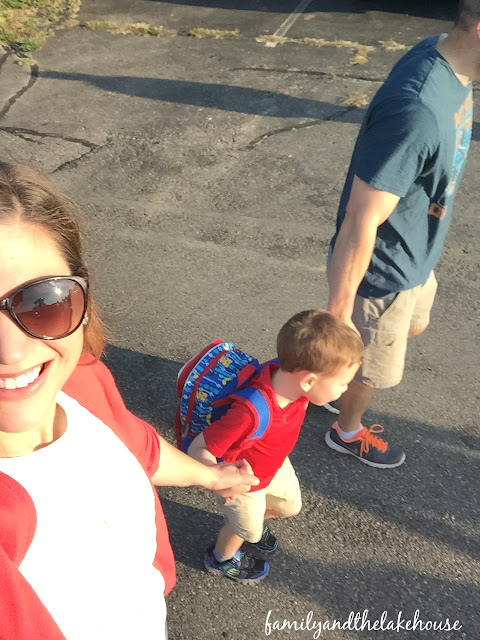 But, my goodness, this was difficult for me.  Oh how I was going to miss him and his little face.  He was going to be at school for seven and a half hours...without me.  You guys, up until this point, I've never not seen him all day on a Tuesday.  I can count the number of times we've been apart from each other.  This was soooo hard for me.  Oh my heart - I just kept asking myself all sorts of questions...

I had to put all questioning to the side and, rather, enjoy this special moment, enjoy him and enjoy how enthusiastic he was to go to school.  I was trying to take it all in... 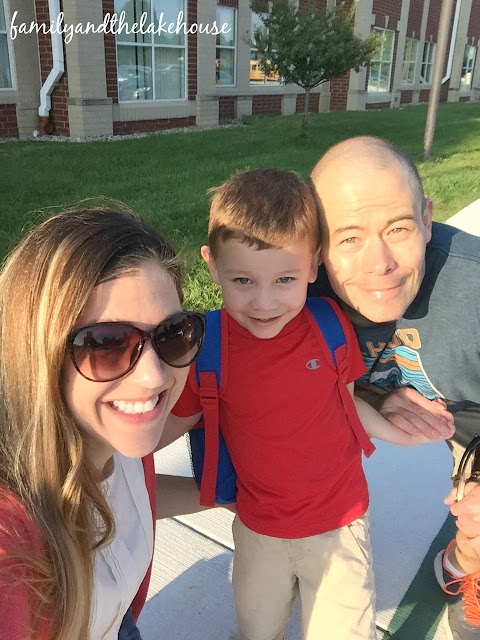 Because...let me tell you - Brother was excited! 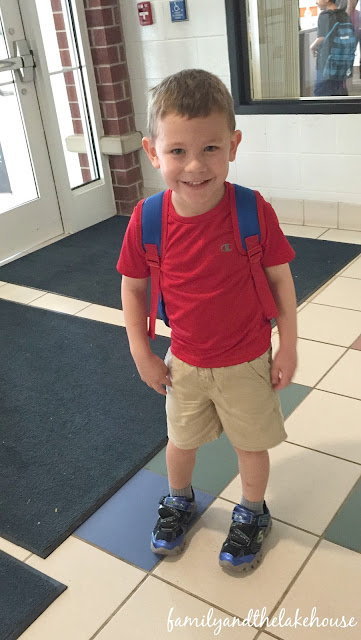 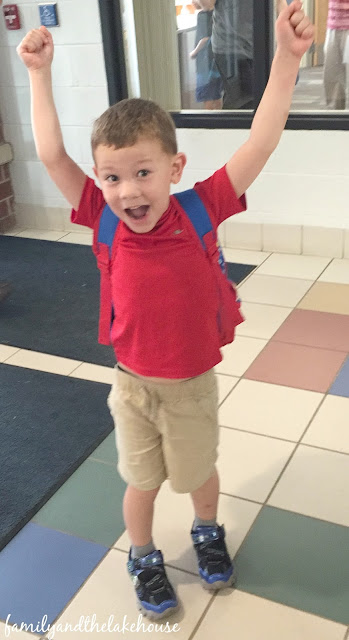 We walked him to his cubby and he hung up his backpack. 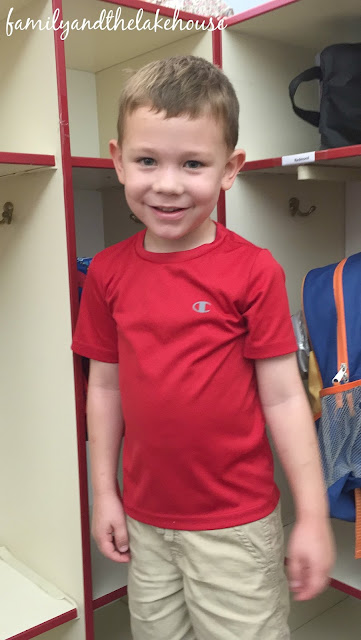 Jon and I walked him over to his table and as you can see - I had a few secret tears.

Did I really have to leave?!?

His teacher was/is spectacular - she gave us the time we needed for our goodbyes, but, unfortunately, I knew we'd eventually have to go.  After all, I figured it wouldn't be wise for me to be forcefully removed from school grounds had I not left.  *wink wink*

So, ever so slowly, we gave our final hugs.

We kissed a few more times and then we walked away. 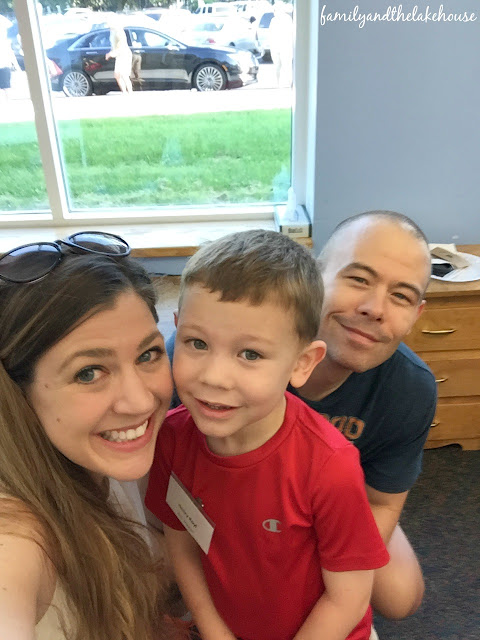 Jon headed out into the hallway.  Meanwhile, I took another gazillion pictures of Henry as he quietly sat alone at his table.

Instead, I continued to walk out of the room, but not without a watchful eye.  I could feel the emotions start to take over.  Then suddenly, Henry caught me!  He saw that I not yet left.  He then shrugged his shoulders and in the sweetest, silliest and most perfect way, he mouthed to me, "What are you doing?  Gooooo!"

With that - the tears began to flow.

He wanted to do this thing and he wanted to do it without his Mama.  It was a moment I hope I will never forget.  He was all grown up and ready to be Mr. Independent.  I was so stinkin' proud of him and I couldn't have asked for a more perfect, silly and reassuring moment to occur. 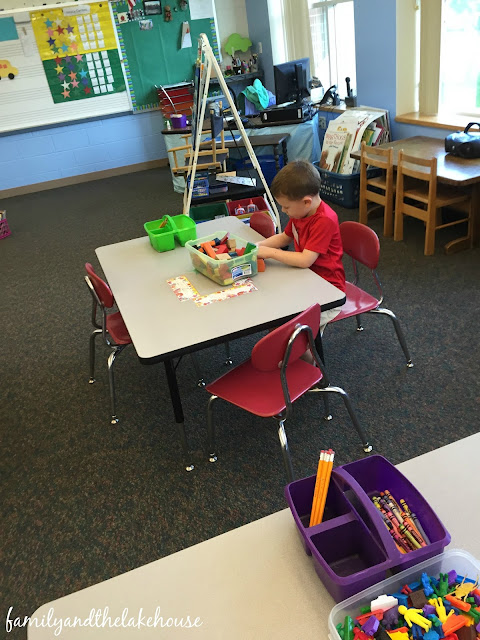 I've never been so proud and so emotional all at the same time.  I just can't describe it.  I was a hot mess and when I think back to that day, it still brings a tear to my eye.

Gosh, it was an amazing, emotional and bittersweet day.  I've never been so proud!  :) 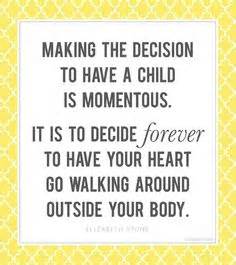