Hey guys!  Guess what?  I actually finished a project AND I'm blogging about it!  Woo-Hoo!  I mean - dishes need to be done, laundry needs to be put away and toys need to be picked up, but I'm making this little-old-blog of mine a priority right now.

Okay, so, here's the deal - my neighbor, who lives just two doors down, recently had the outside of her house re-sided.  One day, as I was gawking, spying, ahem - driving by, I noticed a particular pallet that was different from the usual pallets that I had been used to seeing.  This pallet was large-and-in-charge and it was exactly what I had been wanting!

As I drove by, I also noticed my neighbor was outside talking to one of the construction guys about her house.  The little voice in my head said, "Marie, go get that pallet!  Do it!  Dooooo it!"  So, I put the car in reverse and asked away.  Next thing I knew, one of the guys had walked it over to my house and he had dropped in my yard - and thank goodness for that, because this thing was heavy!  I eventually dragged the pallet into my garage and then there it sat for the next couple of months.

I, every so often, would attempt to pull the pieces apart by myself (using tools, of course), but it never worked.  I was certain I needed to take up professional bodybuilding if I was ever going to get this thing apart.  Ultimately, I enlisted the help of Jon to break apart the pallet.  He used his manly muscles a handy dandy crow bar and a hammer to break it down...okay, okay...and his manly muscles!  ;) ;) ;)

I wanted these pallet boards to continue to look very rustic.  I was striving for organized chaos.

I picked out my four favorite pallet pieces, turned them upside down, found two pieces of scrap wood and nailed the pieces together.  Easy.  No husband assistance there.  Boom.

Next up, I brought the newly-nailed-together sign inside the house and I began to stencil my little heart away.  You guys, I stenciled for longer than I care to admit, mostly due to centering issues, but I'm soooo happy I took my time because it made sponging on the paint, which you'll read about in a second, that much easier.

I stenciled on our four favorite and meaningful places in Michigan. 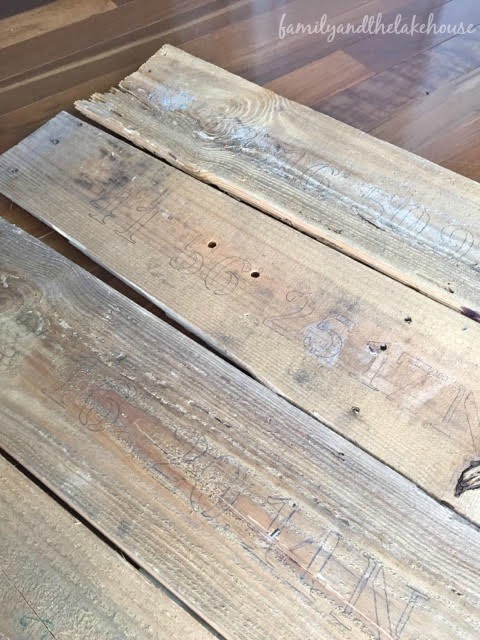 Finally, painting had begun, and with my nifty little sponge in hand, I sponged one number or letter at a time.

Once again, I was looking for imperfections. 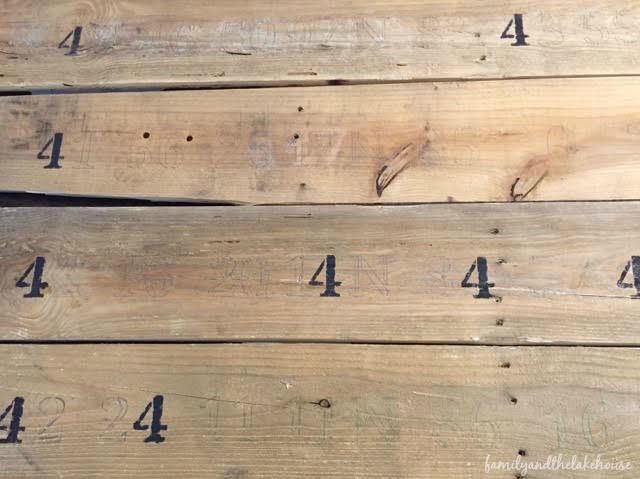 The sign was really coming together and like I said before, the fact that I had previously taken my time and stenciled my little heart away made the sponging/painting process fly by! 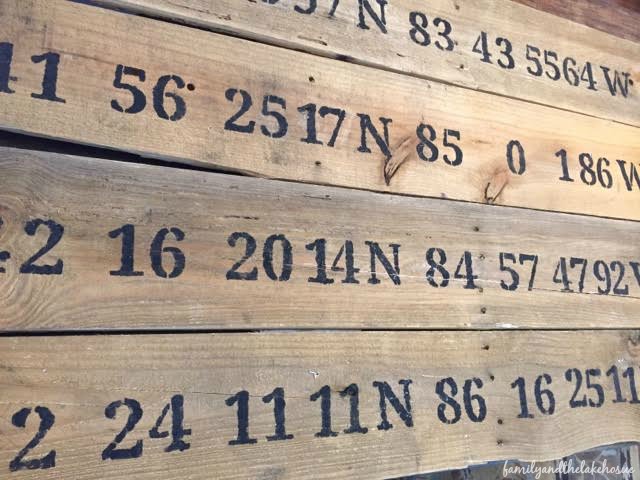 Lastly, I added the "degree" and "quotation" marks.  I didn't want these to be too bold, so a Sharpie and a cilantro seasoning cap to the rescue! 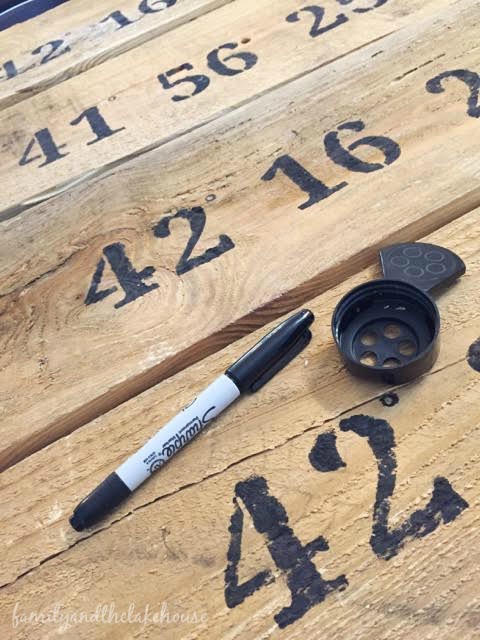 That's it and DONE!

Want to see it?

Well, you still can't see the bottom coordinates, because I've yet to hang it up higher above our entertainment unit (right now it's leaning up against the wall) but you get the idea.  ;) ;) ;) 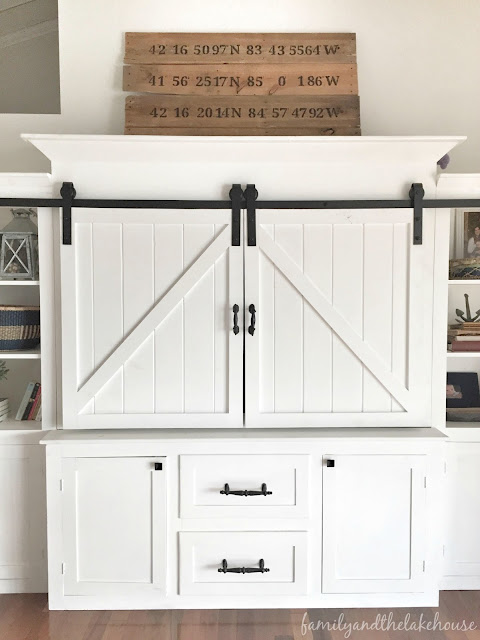 What do you guys think?  Would you make a Coordinate Sign?  What places would you incorporate into your sign?

I'm linking up over at the Totally Terrific Tuesday Link Party and The Creative Gallery Link Party.
at September 27, 2016