Wow!  How is it already November 3rd?  I don't know about you, but our weekend flew by!  We were busy...the best kind of busy...almost every minute of it.

The weekend began with Mr. Henry's Pre-School Halloween Par-Tay and Trick-or-Treating at a Medical Care Facility here in our town.

"Miles," AKA Henry, was super excited! 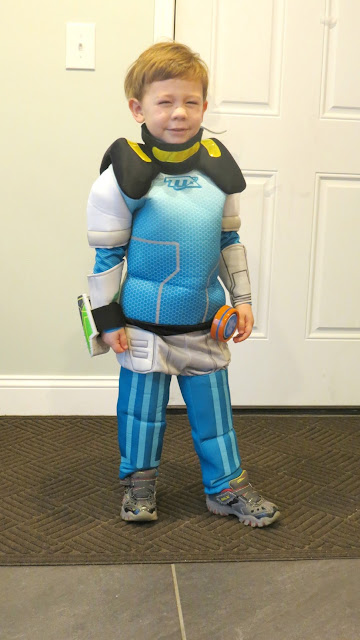 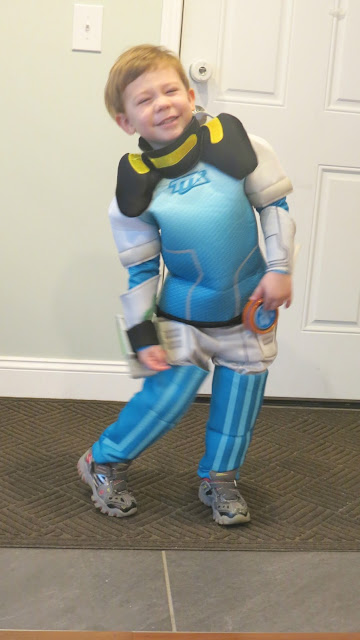 I dropped Henry off at school, then I went back home to pick up Eliza and Jon.  The party didn't start until 9:30, so we let Eliza watch Sofia the First instead of Miles from Tomorrowland for the billionth time!  LOL!

Anna and Elsa arrived on schedule, by sleigh ride, of course.  ;) 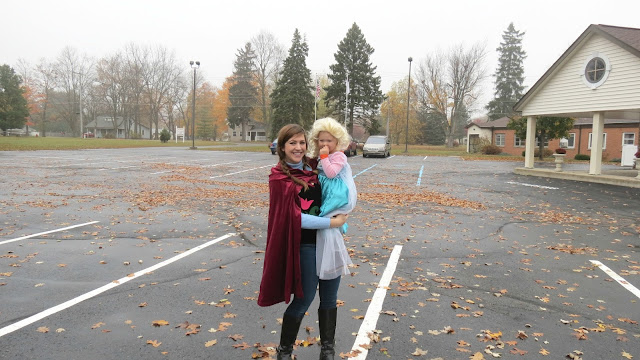 Henry and his class practiced their pumpkin poem. 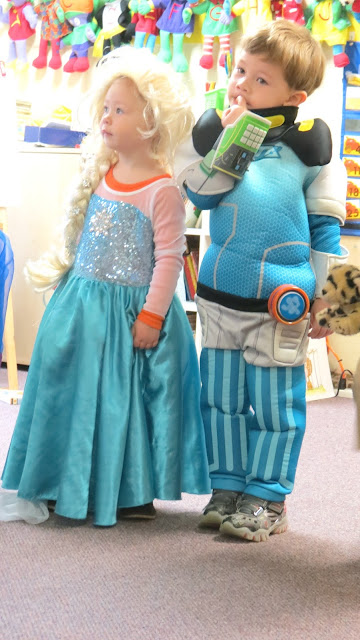 As you can see, Eliza thinks she's four and she also acted as if she knew all the words to the poem (FYI - she had never heard the poem before).

I have a feeling she'll be up front and center again next year! 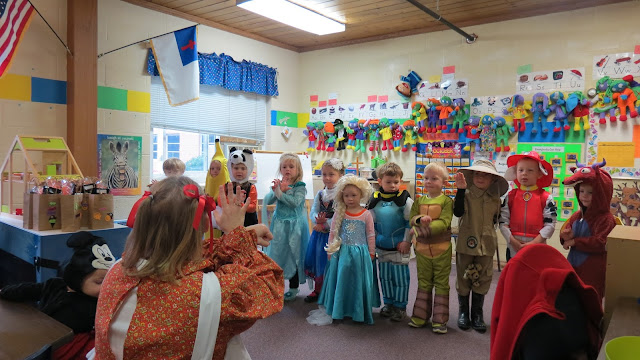 Henry did a great job reciting his poem and trick-or-treating.  At first he was hesitant to approach strangers, but he quickly realized that candy was involved.  End of story.

Jon and I loved watching him have fun! 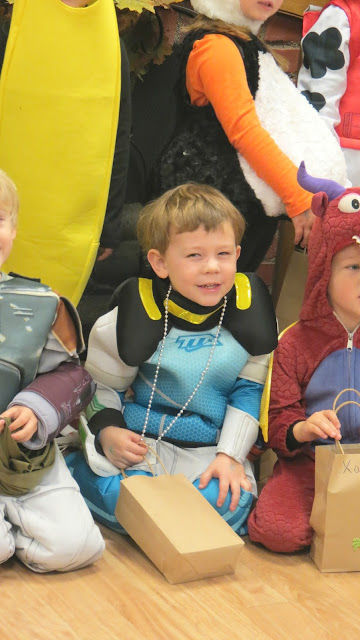 Later on in the day, Jon and I hosted an itty bitty gathering with friends. 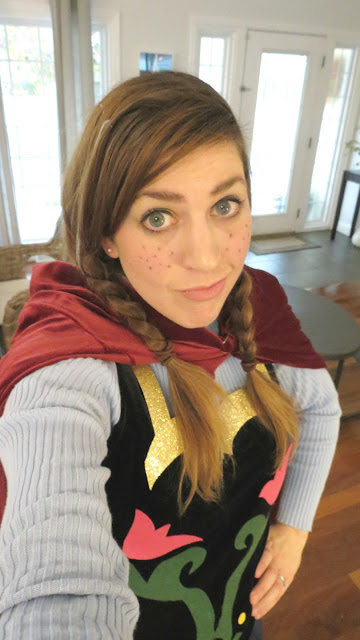 All our friends brought amazing dishes to pass and the kids played great together!  In the midst of playing, some kids decorated Halloween cookies and made marshmallow ghost crafts! 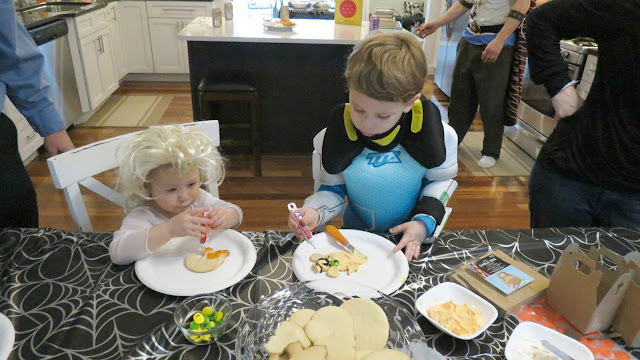 The next morning was Halloween!

Normally I'd be all in a tizzy, but since it was Halloween, I tried to relax and enjoy the morning.  After all, we only had one place to be....the photography studio. 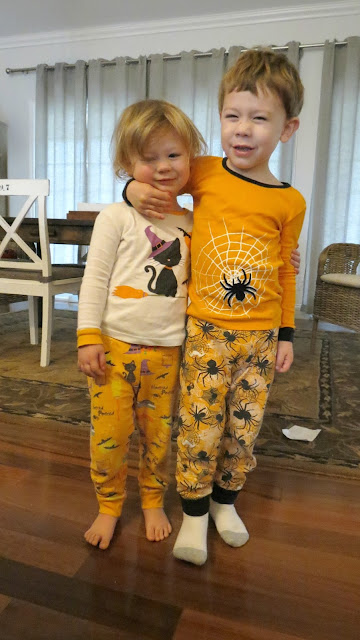 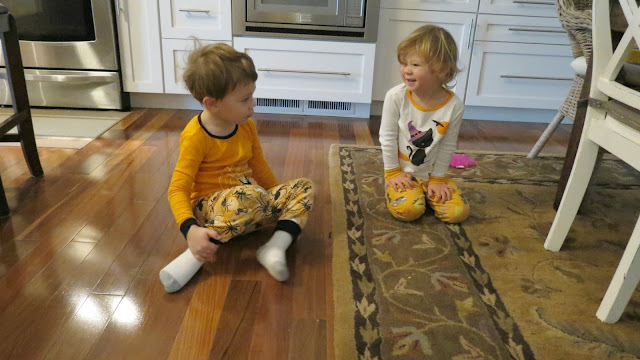 Every year for Halloween we head to the photographer to get photos taken of the kids in their Halloween attire.  It's something that I love to do.  Well, we took our time getting ready and as we were leaving I decided to check one last time to make sure that I had the time right for when the photographer was taking pictures.  I was certain it was from 9-4ish...like every year before...

Noon.  They were closing at noon.  It was 11:50 and the photography studio was 40 minutes away.

Not going to happen.

To say I was sad is an understatement.  I had these grand plans to have pictures taken every year of the kids in their Halloween gear well into adulthood; whether they wanted to or not.

I tried not to ruin the day by having a "32-year-old temper tantrum."  So, after a small little emotional spat, I gathered myself and told everyone that we were going to the park to take pictures.

"I'll take the pictures!" I exclaimed.

This is what they call turning lemons into lemonade...

I'm no photographer, but I'd call it a success, especially after you scroll down to the outtakes to see what I was dealing with... 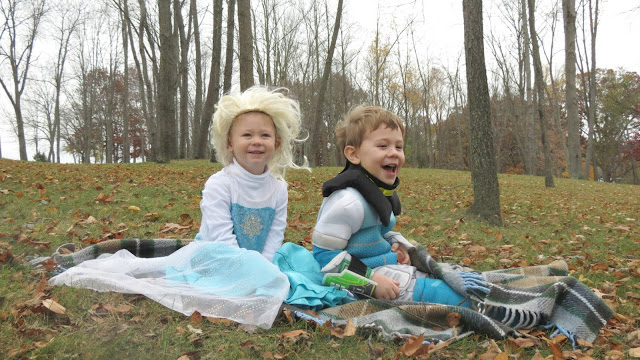 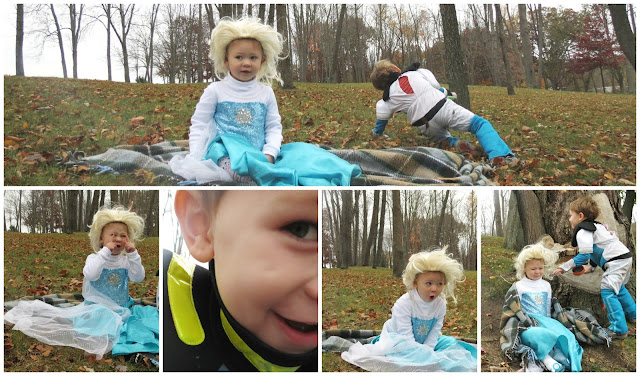 As the afternoon progressed, it was getting colder and it was raining more and more by the minute.

I became "that" mom and my kids became "those" kids dressed head to toe in their winter gear under their costumes.  I'm talking snowsuits, people!

This photo cracks me up because they both look double their size and I kind of love it. 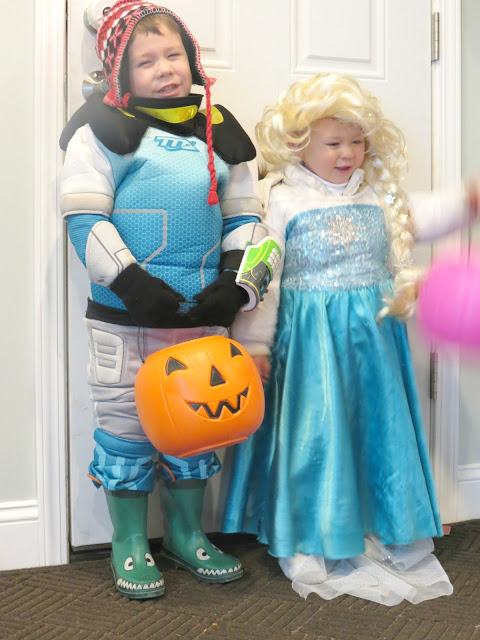 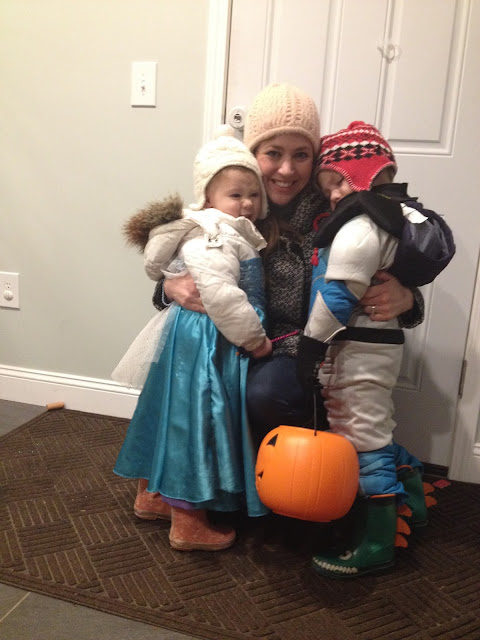 We met with the neighbors and their cute little boys to venture out into the rain to find some candy.  Our kids trick-or-treated to four or five houses before somebody finally opened their door and gave the kids come candy.

We, the parents, thought of it as a valuable learning lesson. 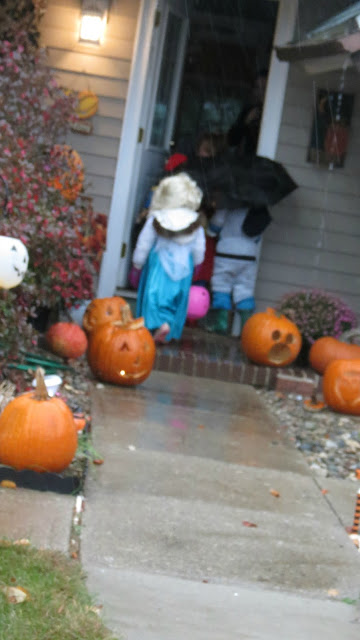 One of our sweet neighbors wanted to take a picture of the kids in front of her fireplace for our monthly neighborhood newsletter!

This was Eliza's moment to shine, her "Toddler and Tiara" moment!  Finally!  ;)

Don't worry, we don't own a dental flipper. 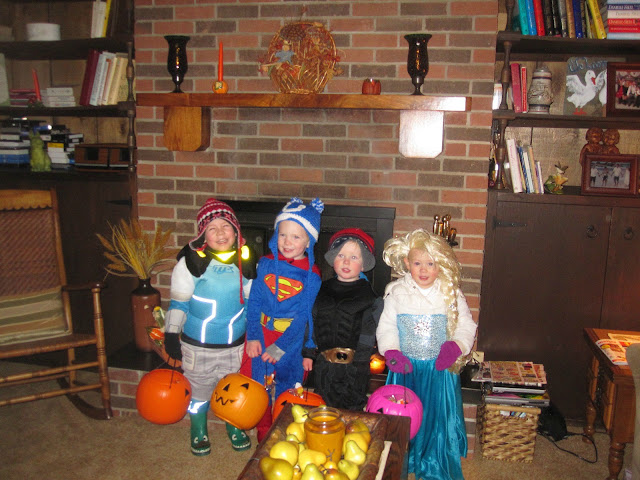 After trick-or-treating, we came back home and consumed an absurd amount of candy. 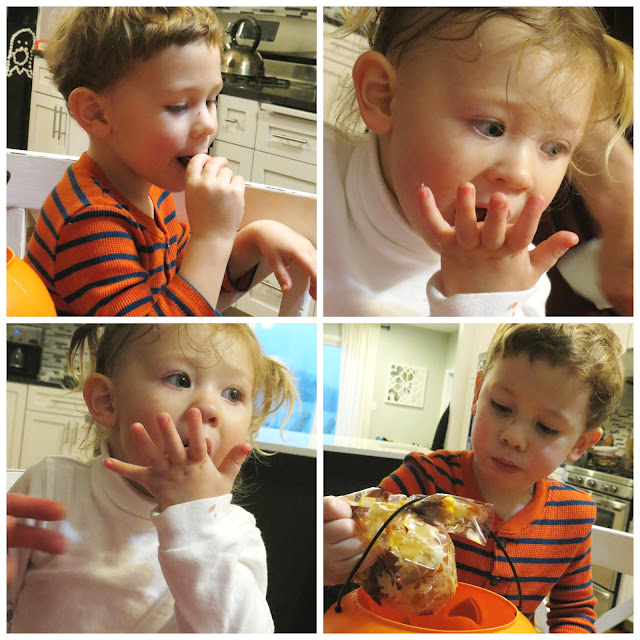 It was while eating candy that I made the last minute decision to go to the Halloween parade!  We couldn't not go.

The costumes and winter gear were thrown in the dryer so that we could venture out into the rain one last time!

Not the best picture, but I had to prove our dedication! 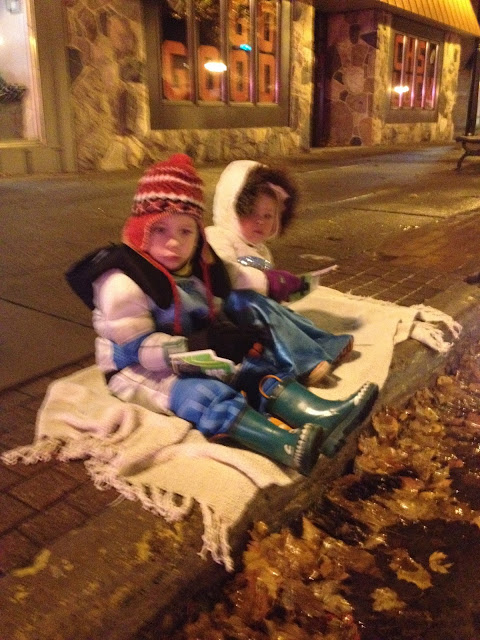 Overall, the kids loved the parade and they even loaded up on more candy!  Parade participants would walk over to the kids and put candy on their blanket.  So nice!

It was a great weekend!

Now it's time for me to find some elastic pants, because Thanksgiving is right around the corner...and I ate too much candy! :)

Thanks for stopping by and checking out my Halloween Recap! 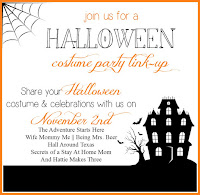