Halloween is right around the corner and it seems as though we managed to accomplish all things "fall" over this past weekend.

I wanted to share with you guys our little trip to the farm.

For the past few years we have visited a different farm about an hour-and-a-half north of us here in Michigan.  We wanted to stay closer to home this time around, so we found this cute farm and boy-oh-boy we're so glad we did!

We arrived when the farm opened on Friday at one o'clock.  We pretty much had the entire place to ourselves; which was amazing.  We never had to wait in line and the weather...oh the weather. 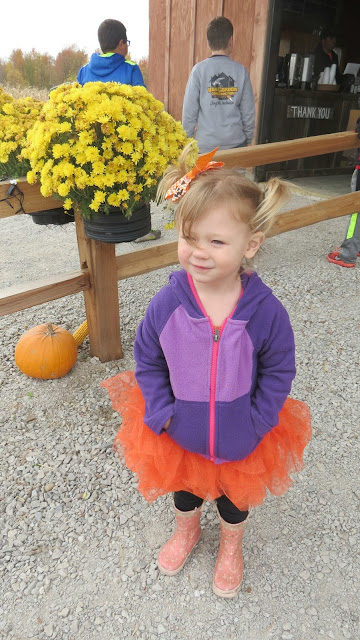 We started off at the slides.

Every kid I saw slide down would either immediately fall to their knees or take a few steps forward until they'd ultimately fall.  There was a soft place to land and the kids would run off giggling to do it again. 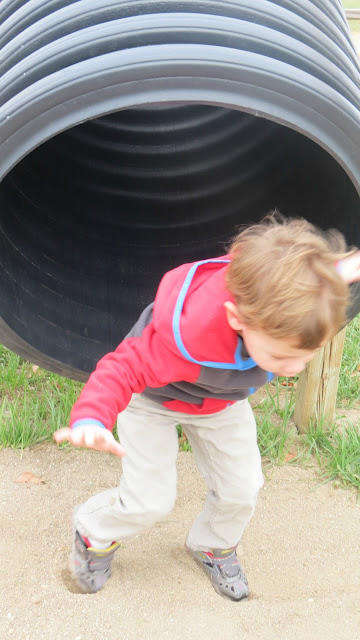 Eliza wanted to go down the biggest slide first.  #notsurprised

I tell ya', this girl just goes for it.

Unfortunately, I took this picture of her coming down and then my camera bonked her in the head. She was pretty upset and I was upset with myself for not thinking to put the camera away while my child was sliding down the slide at lightning speed.

She was more scared than hurt, though.  I felt terrible that I had ruined the first part of her fun.  But, being the kid that she is, she stopped crying, moved on and was happy!  She eventually went down the slides again! 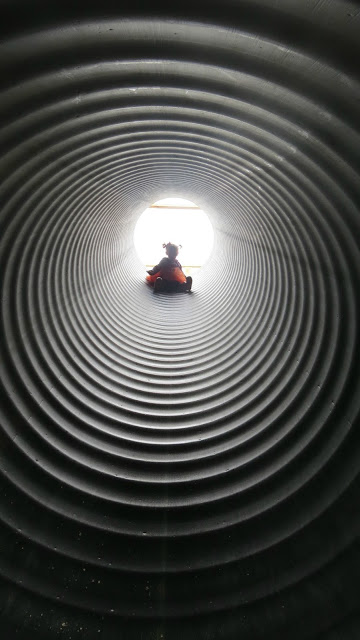 Okay, so here's me going down the slide!  You guys, I'm not kidding - this slide was sooo fast.  Can you see me trying to put my boots up against the slide to slow down?  LOL! 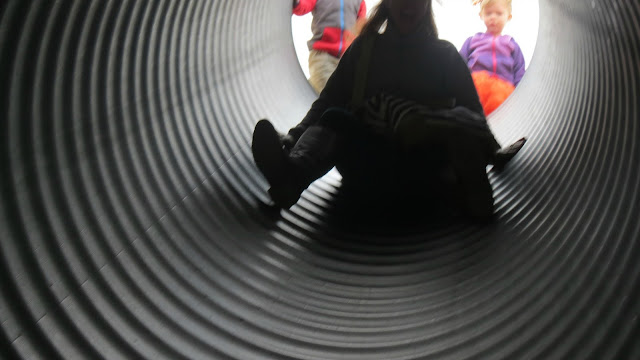 Up next was the bounce house and then this cute little maze.

The kids ran through this over and over again. 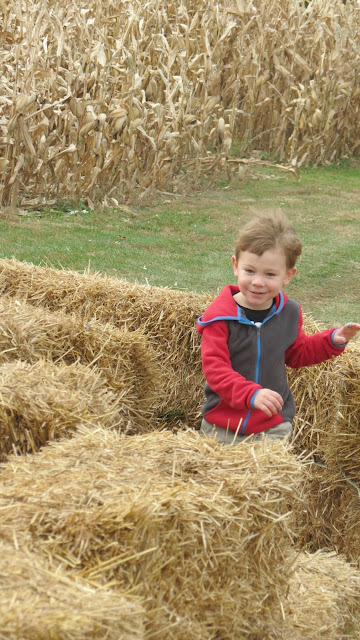 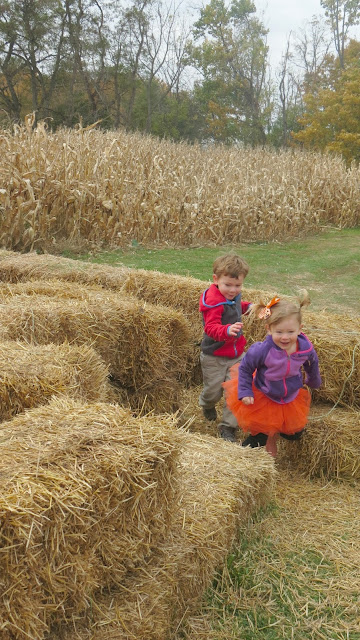 Then I was a like, "Hey, we should take a family picture!"  Well, here are two of the best shots - you don't want to see the third.  ;)  Someday we'll all look at the camera...and smile...at the same time. 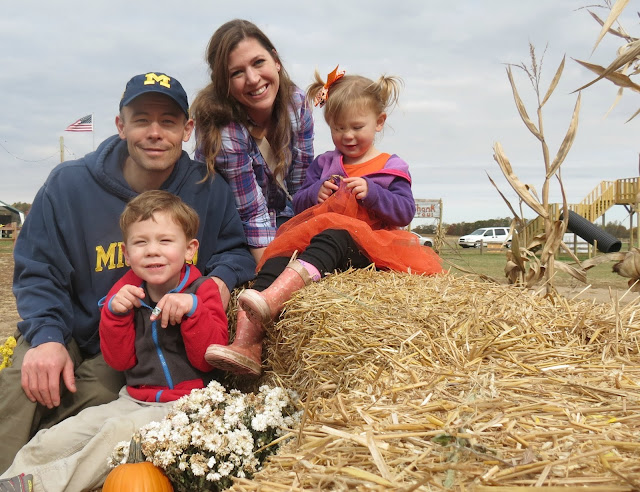 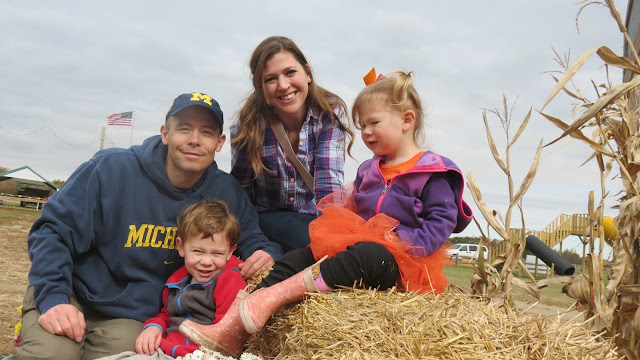 As you can see, Henry was thrilled about taking this picture. 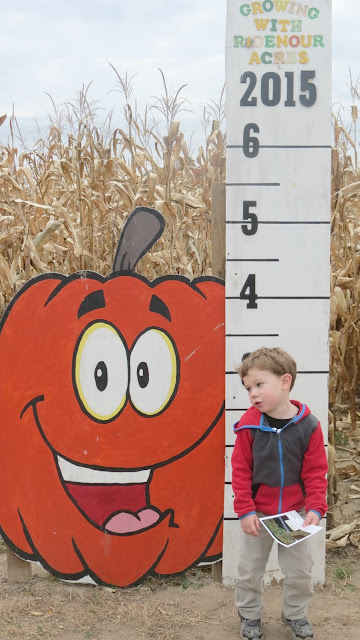 They're getting so tall! 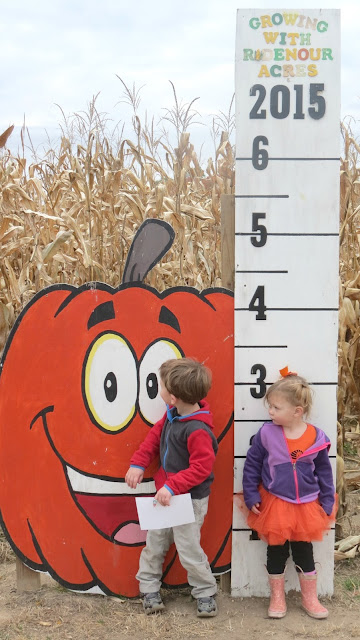 Next up was this barrel tractor ride and it.was.so.fun!

Eliza was all for it.  Surprise, surprise. 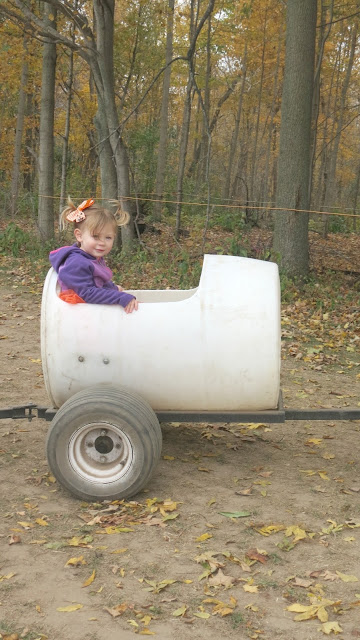 Okay.  This picture cracks me up.  Doesn't Jon look like a "big" little kid?! 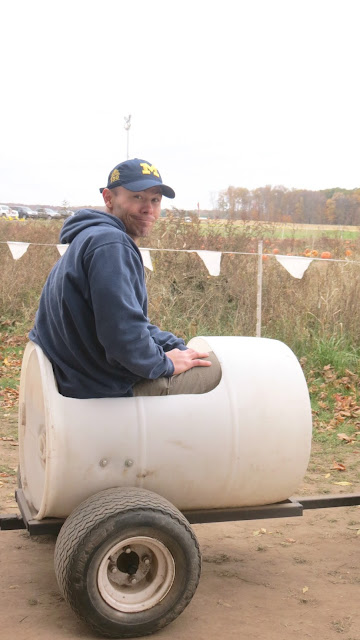 It took a little convincing to get Henry to go.  We dropped the subject and then within seconds, he changed his mind and I'm so happy he did.

Look at that smile! 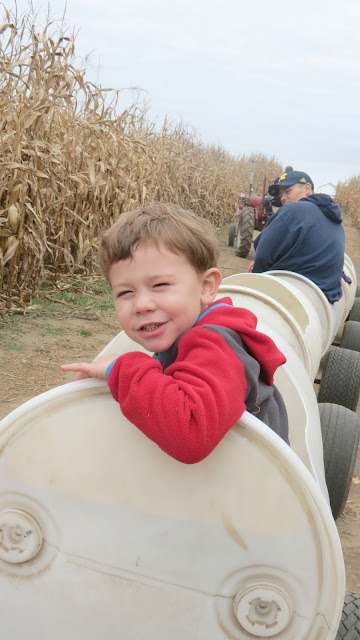 Then it was time to go through the loooooong maze.  We had previously went through the shorter "10 minute" maze, but Henry and Jon were adamant that we go through the loooong one, the "45 minute" maze.  I was a tad nervous.  Forty-five minutes?  In a maze?  Is this a good idea?  What if someone needed to go potty?  What if there was a breakdown?  After all, our little maps said not to call 911 if we were to get lost.  What?!  When did 911 get involved?

Okay, okay.  I was overreacting, I know.

To my amazement, it was fun and exciting and it sure didn't feel like 45 minutes!  Jon did a great job navigating and the kids thought it was so cool.  I swear every time we stopped to stamp our cards, the kids were so curious about the corn on the ground or the corn growing on the stalks; they wanted to pick up every single tiny corn kernel. 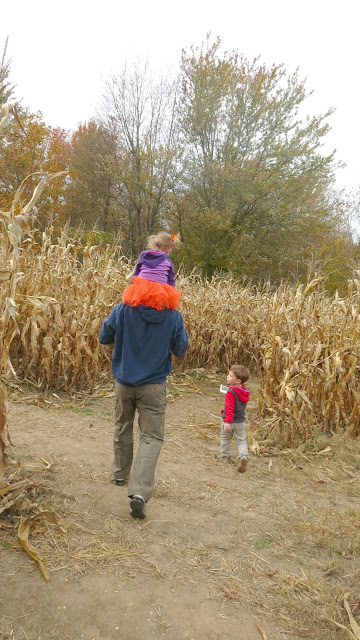 Once finished, we turned in our cards for completing the maze and received candy 'Smarties' as our reward.

We also bought some pumpkin doughnuts and apple cider.  Yum. 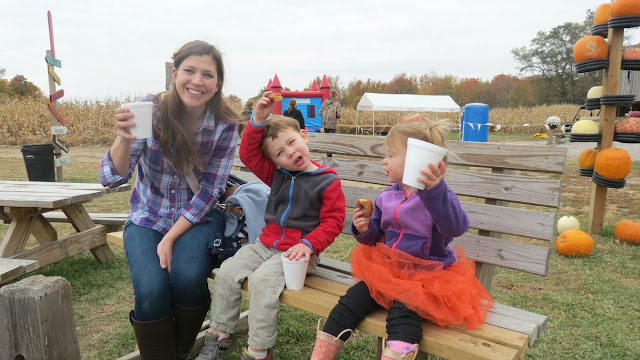 We headed over to the corn bin and Henry began making "corn" angels. 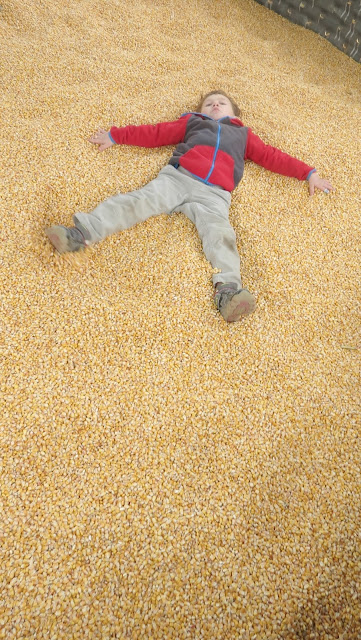 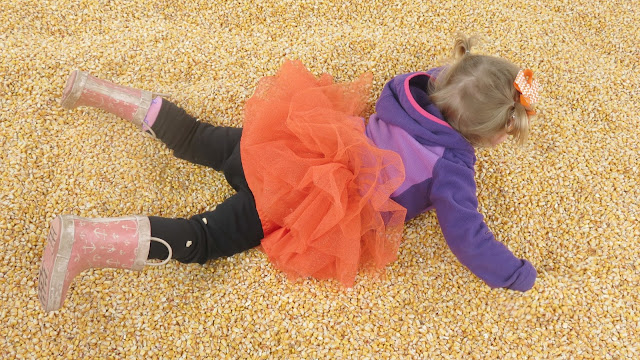 Then it was hayride time!

It was a beautiful and long ride through the woods.  Some parts of the ride included spooky set-ups for the haunted hayride at night.  Let me tell you that I don't like to be scared, so I was completely content with the rated G version of our ride.

We also read that pumpkins were hidden out on the trail and to count how many pumpkins we could find. 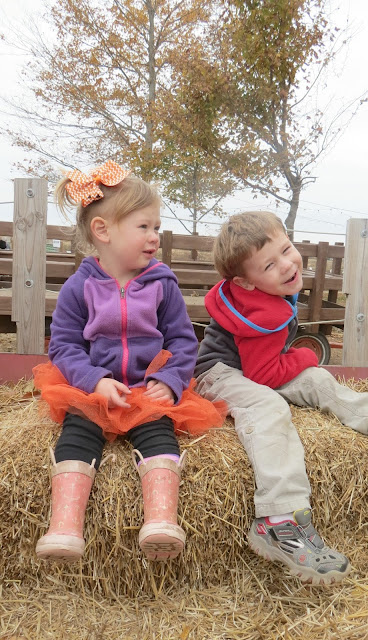 Last up - a couple more rides down the slide and then we were off to conquer this straw bale mountain! 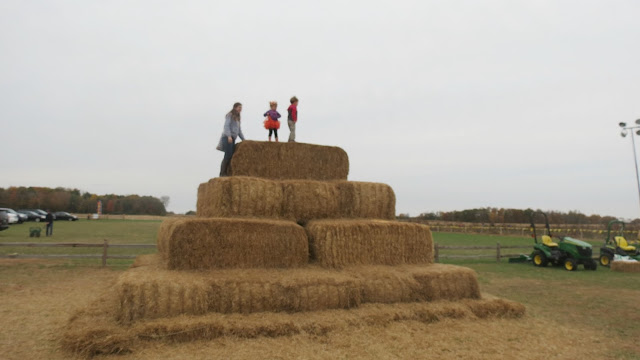 We had so much fun.

Have you been to a farm/pumpkin patch this year?

More importantly, do you prefer your apple cider hot or cold?

Thanks for stopping by my itty bitty blog.  Have a Boo-tiful Day!  Ha!