Last Thursday, Jon and I took the kiddos over to Ann Arbor for the University of Michigan's Youth Day that was being held at The Big House!  This is an event that, until a few weeks ago, we had never heard about.  The event was free and so was the yogurt (Chobani Yogurt to be exact...Mmmm...)!  Anywho, we couldn't pass up "free" and we thought it'd be a great opportunity to take the kids to the stadium  A. Without having to pay and B. Without an overwhelming amount of fans (It's usually around 110,000 people - for realzzzzzz)!
Our little Henry was soooo excited to be wearing his new U of M shirt and to being standing in front of the big "M."
Both kids kept pointing to their clothes and to the "M" saying, "Go Blue!" and "Michigan!"  They also kept mentioning that they looked like Daddy because he wears a lot of Michigan clothes. 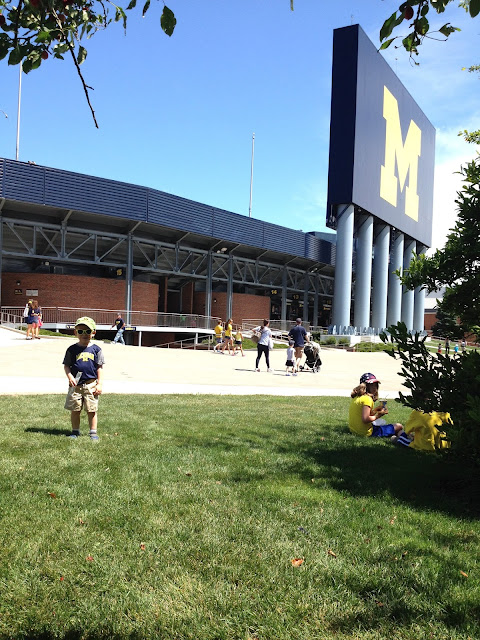 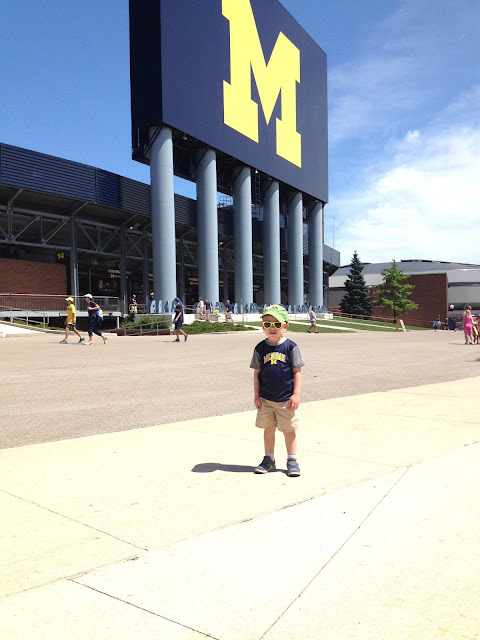 Here are Henry and Eliza walking into The Big House for the first time!  It was an exciting moment! 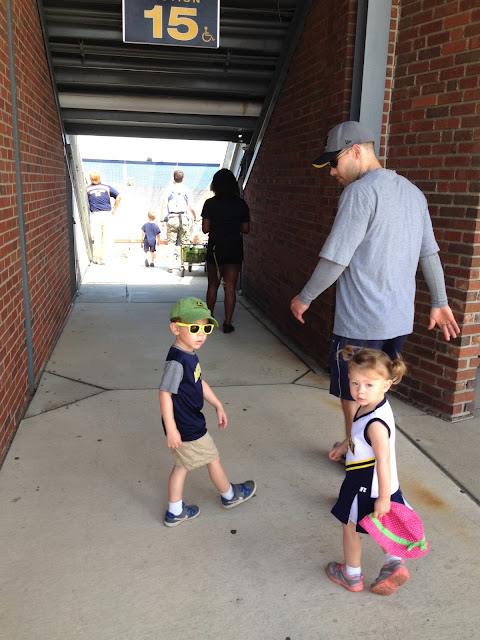 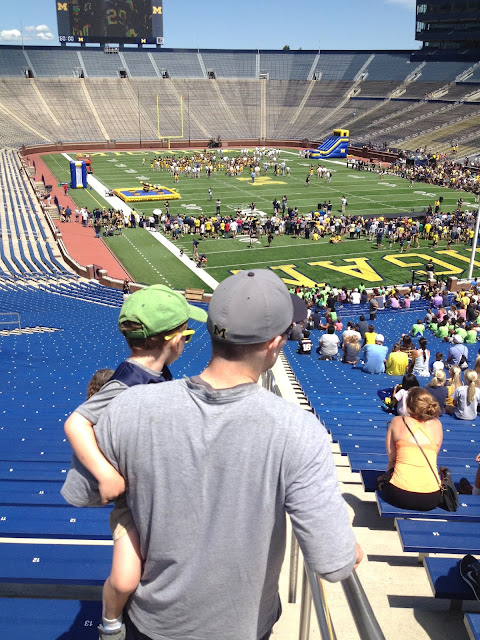 While inside the stadium, Coach Harbaugh gave a speech and the football players and coaches were introduced.  We were able to sit as close as we wanted to the field!
After the team took their official team photograph, the football players then came up to the stands to sign autographs.  We didn't get an autograph, but one football player (#35) made a cute little comment about Eliza crawling around the stands.  It was a very cool moment. 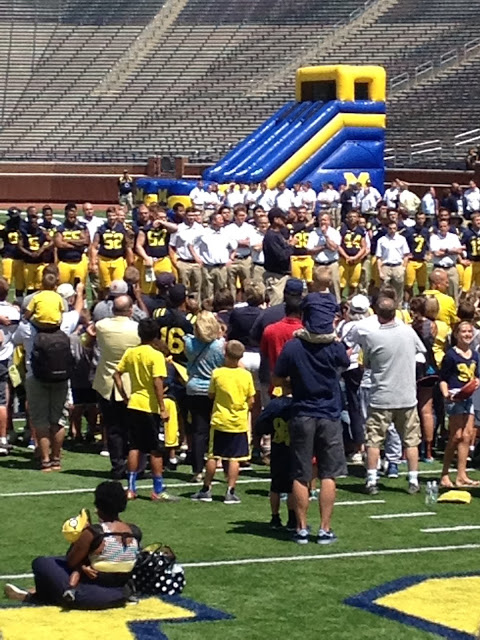 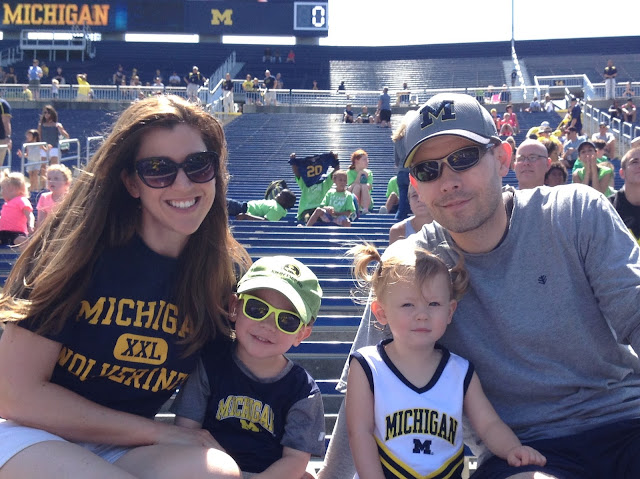 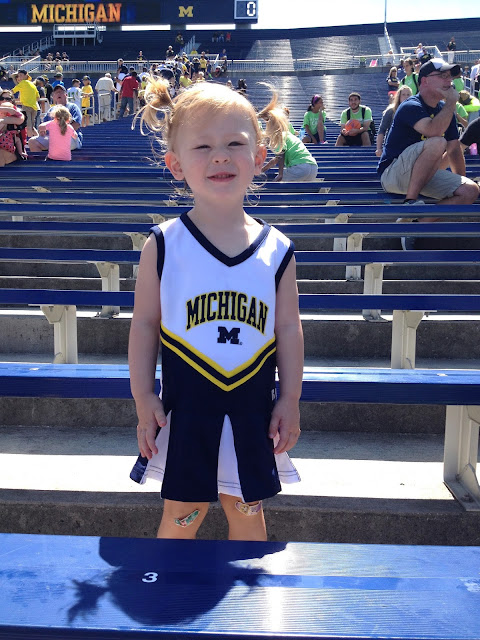 Lots of hugs in the gift shop. 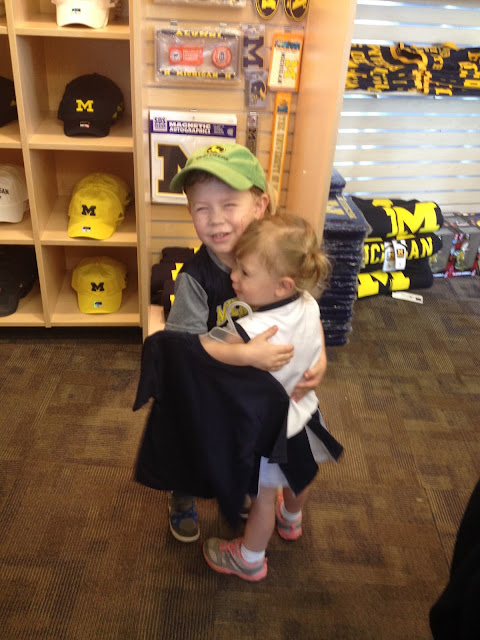 Another pic of this little guy.  I mean, seriously... 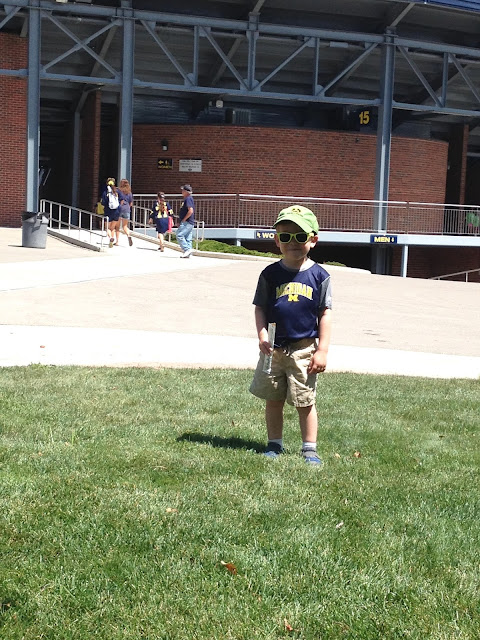 There were more activities to do outside of the stadium.  The team continued to sign autographs, there were bounce houses, there was food, and I'm sure there was a lot more that we didn't even get a chance to see.  The kids were exhausted, however, so we headed to the car for a little R&R.  It was a great event and we're totally looking forward to going again next year!